Fiac fever: amidst Brexit drama, we ask 'virgin' dealers why they chose the Paris fair this year

Berlin-based dealer Barbara Wien is one of 25 galleries completely fresh to Fiac (Foire Internationale d’Art Contemporain) which opened its 46th edition earlier this week at Paris’s Grand Palais (until 20 October). "I am grateful that [fair director] Jennifer Flay invited me many times to the fair," she said. Crucially, Wien has also participated in Frieze London since 2003, but decided not to take part this year, and Art Basel Hong Kong for the past two years.

The fact that Éric Baudelaire was nominated for the prestigious Marcel Duchamp Prize, which he won earlier this week, was one of the reasons to show at FIAC this year, she says. Baudelaire has created a major work, shown for the first time at the fair, entitled Where are you going? (2018). The work comprises the wildly different responses Baudelaire received from members of the UK House of Lords when asked about Brexit and the direction it is heading. The work, which will continue to expand as more letters come in, is priced at €80,000. Wien has specified that it should be sold to an institution, rather than a private collector.

“Virgin” dealers across the floor gave a range of reasons for plumping for the Paris fair, weighing up which city offers the best opportunities in the current climate. “There are some great collections being built here,” said Dominique Lévy of the London- and New York-based gallery Lévy Gorvy, who insisted that the booth display is “not market driven”.

Works on display at the stand included an eye-popping, large-scale piece by the French artist Martial Raysse (Dans lasuite des tableaux à géométrie variable, ce tableau est en vérité un film d'animation, 1966) from the collection of Princess Catherine Aga Khan, which sold during the VIP preview (Wednesday) to a European foundation. Other works in the same vein, including pieces by Mario Schifano and Gerald Laing, are a “reflection of European Pop”, Lévy added, saying that the price points can reach “multi-millions of dollars”.

#FIAC | FIAC opens today in Paris! Visit us in Booth C24 to see our homage to European Pop Art including works by #MartialRaysse #GeraldLaing and many more through Sunday! . Head to our story for a map of the fair! . Installation view, ‘FIAC Booth C24,’ Paris, 2019. Photo: Sebastiano Pellion

However, another dealer, who preferred to remain anonymous, said that “there aren’t as many established dealers in Paris as people might like to think. There are only so many times you can cite [François] Pinault and [Bernard] Arnault”. New dealers see the fair nonetheless as a step up the ladder on the crowded and highly competitive high-end fair circuit. “This is the first mature fair we’ve done in Europe,” says Antonia Marsh, director of London’s Soft Opening gallery, which is part of the Lafayette section where young galleries can benefit from booth subsidies of up to 50%.

“As I’m new to the fair, I don’t have a specific market in mind. A lot of my US collectors have turned up.” The booth includes a range of sculpted pieces and installations by Gina Fischli, including The Roberta (2019; €30,000), a five-metre wide faux fur purse adorned with ginormous trinkets such as a gold-leaf Eiffel Tower. Smaller castle and house models made of fimo clay by Fischli are priced at €3,500 each. 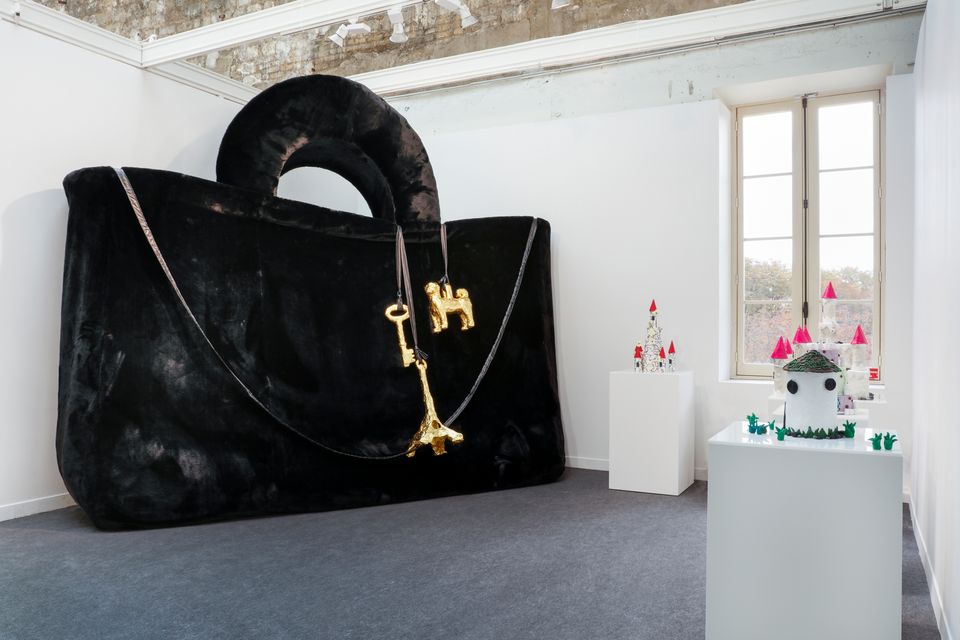 Another gallery in the Lafayette sector, Mariane Ibrahim gallery from Chicago, had sold all but one of the works on show by the end of the VIP preview. The Schiele-like depictions of black men and women by the Vienna-based artist Amoako Boafo, including Monica (2019; $18,000), are a Fiac talking point. “He has a very strong US market, and we wanted to bring him to Europe for the first time,” Ibrahim says. Other works on show include Clotilde Jimenez’s Round (2019; $15,000). 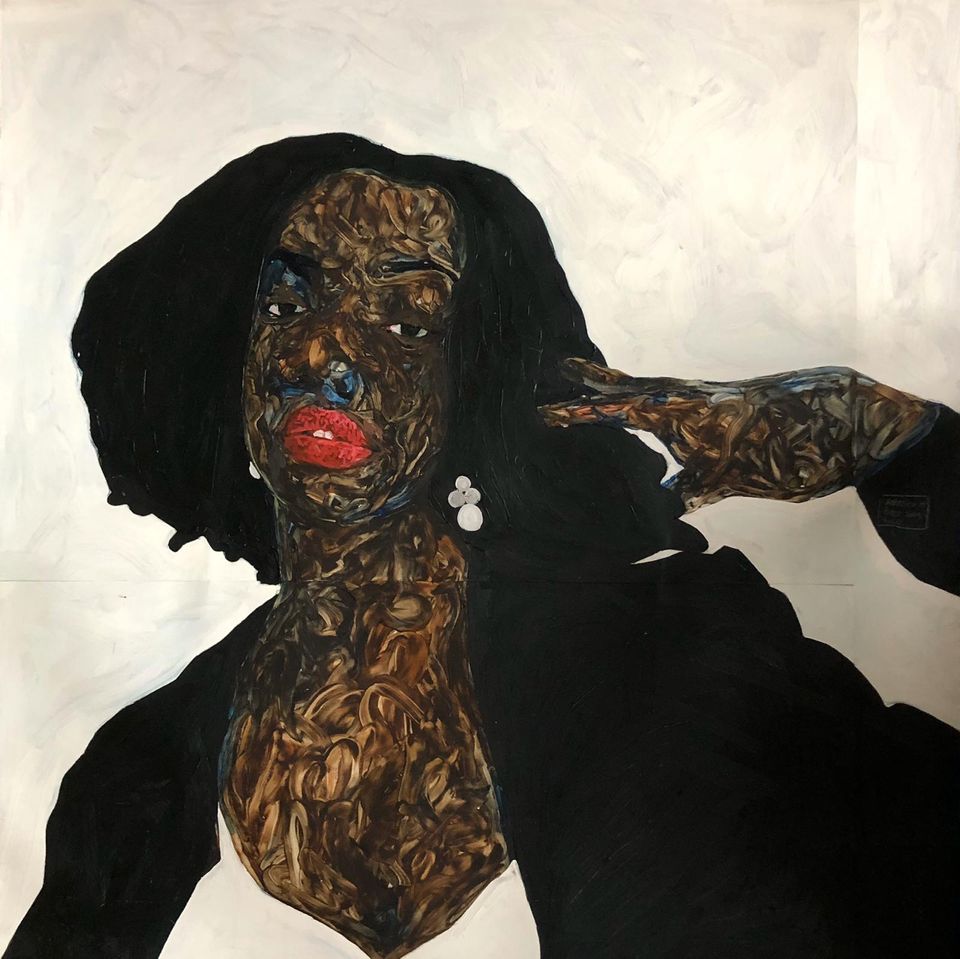 Another artist, New York-based Ouattara Watts, also has a strong following in the US, said the Ivory Coast-based gallerist Cécile Fakhoury. “We have done a lot of specialised art fairs [such as 1:54 in London]; one of our main goals has been to take part in an international event such as Fiac. Europeans are starting to buy Watts’s work,” Fakhoury added. Pieces sold include Soleil Bantou (2019), priced between €50,000 and €70,000. Other notable sales reported by newcomers included Mira Schor’s large-scale wall piece Invasion Game (1990) at Lyles & King of New York, which was sold for $50,000 to a private collector. “People here have very educated eyes,” said gallery owner Isaac Lyles. Bärbel Trautwein of Galerie Barbara Weiss in Berlin had sold editions of Maria Eichhorn’s Prohibited Imports (2003/08), priced at €3,500 each. The images show a series of nudes photographed by Robert Mapplethorpe, whose genitals were covered up by Japanese customs officers.

Asked how she managed to entice new galleries, Fiac director Jennifer Flay tells The Art Newspaper: “It is up to us to make Fiac desirable… they came to us naturally. We’ve never been in competition with Frieze, the competition is in other people’s minds, I think that galleries can do both.”