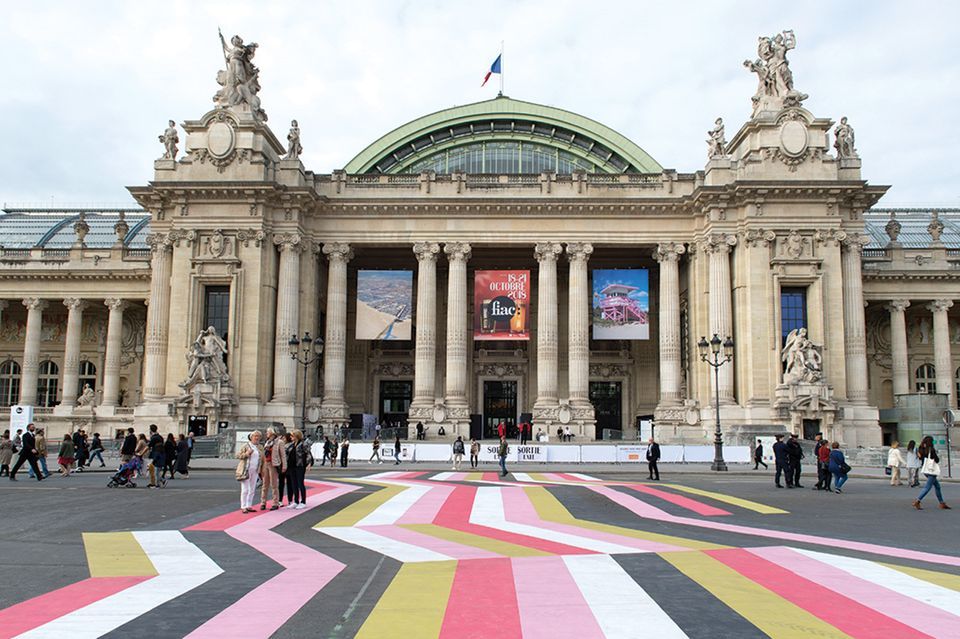 The organisers of Paris's Fiac fair, held in the Grand Palais, say it will go ahead in October © Marc Domage

The organisers of Fiac (Foire Internationale d’Art Contemporain) say that the 47th edition of the Modern and contemporary art fair will go ahead this autumn in Paris despite ongoing uncertainty about art world events in the wake of the coronavirus crisis.

“We are working on the organisation of Fiac 2020 from 21-25 October at the Grand Palais, the Petit Palais and in the Hors les Murs [public art] sites,” say Jennifer Flay, Fiac's director, and Charlotte Ardon, its head of collectors and institutional relations, in an email sent today to VIP guests.

“As the situation in France gradually returns to normal and the clouds slowly lift on the horizon, it is our conviction that the values that underlie our identity as an art fair—interpersonal exchanges and first-hand, real-life contact with artworks—are more important than ever,” they say, adding that VIP previews will be held 21 and 22 October. An exhibitor list has yet to be announced.

The move comes after the organisers of Art Basel announced they are cancelling the 50th anniversary edition of the fair which was due to open in Switzerland this September. Meanwhile, Frieze has sent a letter to its exhibitors saying that, if it can go ahead with its Frieze London and Frieze Masters fairs in early October, they will have to be smaller, with fewer visitors and may be combined into one tent for the first time.

The Fiac announcement drew a mixed reaction from art world professionals. “Collectors will not come from the US and outside Europe [to Fiac] so at best it will be a regional fair. How will they fill the Grand Palais with visitors? Reed [the exhibitions company behind Fiac] has a clear corporate strategy but it would be good if they worked more closely with dealers and the community,” says the Belgian collector Alain Servais who visited a number of galleries in Paris during Gallery Weekend (2-5 July).

The London-based art advisor Arianne Piper also surveyed the scene during Gallery Weekend in Paris. “All the dealers I met really want Fiac to happen,” she says. “The virtual fairs were a good temporary solution and were relatively successful as it was an exceptional moment when the public was confined indoors and the world was at a standstill, so people had the time to spend going through all the online viewing rooms…. but it is not a substitute.”

Crucially, the 2021 and 2022 editions of Fiac and the Paris Photo fair will be held in a temporary structure on the Champ-de-Mars near the Eiffel Tower while the Grand Palais undergoes renovation. Subsequently, “this is a very important moment for the art community in Paris and also Europe,” says the French dealer Emmanuel Perrotin. “This is a real moment for international collectors to get out and visit an art fair; Paris is very well connected by train. Will American collectors come back? That is a real possibility, yes. They will certainly be frustrated and impatient [by October].”

Fiac officials had not responded to a request for comment at the time of writing regarding the health and safety measures they plan to put in place at this year’s fair.

UPDATE: The Art Newspaper understands that the final decision to hold Fiac will be made at the end of July (the ban on large gatherings in France is meanwhile scheduled to be lifted on 31 August). The fair organisers will take into consideration factors such as governmental regulations, the development of the health crisis, and the scope of the restrictions for international travel. A gallery list is scheduled to be announced in September.

A Fiac spokeswoman says: "Reed Expositions is actively working on a full range of sanitary protection measures that will be put into place at our fairs and has participated in consultations organised by the Union Française des Métiers de l’Evénement (UNIMEV). All measures at Fiac to reinforce the safety of exhibitors, visitors, Reed Expositions teams and our service providers, will be put in place, in strict compliance with the instructions of the French authorities. We are dedicated to working to ensure the best exhibition conditions for gallerists, staff and visitors."

about 4 hours ago
Is Van Gogh hiding at the back of this Toulouse-Lautrec drawing?