Fingerprints are not just useful for catching criminals and unlocking your phone, they can help us to learn more about prehistoric artists too. According to a new study published in the journal Antiquity, researchers recently analysed two fingerprints discovered among the painted rock art in Los Machos rockshelter, in southern Spain. By looking at the ridges, which can reflect a person’s sex and age, they identified two prehistoric artists: a man who was at least 36 years old, and a young woman or juvenile, between 10 and 16 years old.

The study, done by a team of researchers from the University of Granada, Durham University, and the Autonomous University of Barcelona, shines a rare light on the artists who produced Spain’s rock art and the society in which they lived. Created between 4,500 and 2,000 BC and painted by finger, the prehistoric “schematic art” involves strokes, circles, geometric motifs, and human figures, and “probably relate to daily life, and are the materialisation of symbolic elements understood by the communities that inhabited the area around Los Machos” at the time, the team writes in Antiquity. “The true value of rock art lies in how it represents a direct expression of the thought processes of the people who created it. These individuals are very often missing from discussions of rock art sites.”

“The analysis of fingerprints in terms of sex and age is a great contribution towards understanding who was involved in the production of rock art,” says Leonardo García Sanjuán, a professor in prehistory at the University of Seville. “For example, a gender analysis of rock art would be possible if sufficient amounts of evidence on fingerprints like that presented in this paper was compiled: was rock art made by children, adults, women and men alike? Or were there specific age and sex groups in charge of its production? Up until now, we knew next to nothing about these issues.” 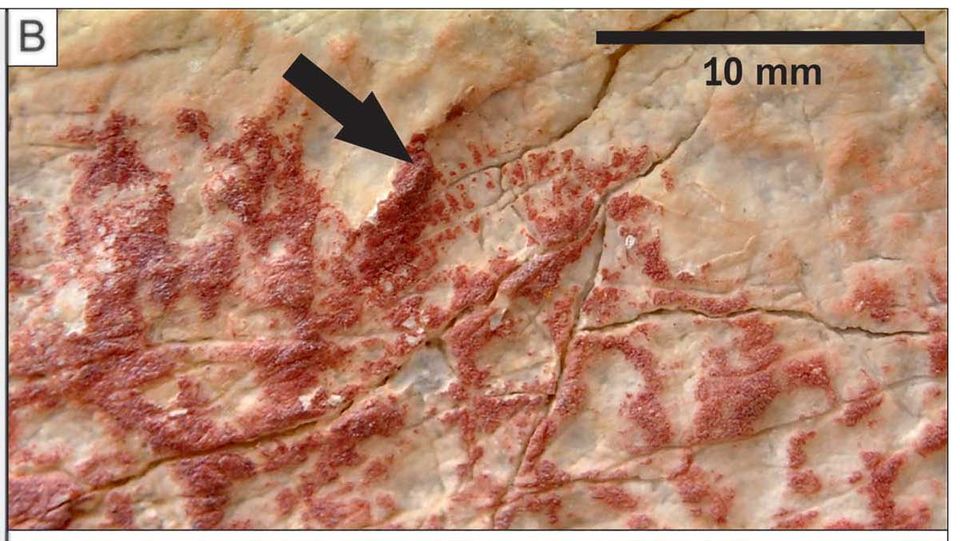 A prehistoric fingerprint, or palaeodermatoglyph, spotted on the rock art Photo: Francisco Martínez-Sevilla

Scholars are able to determine a person’s sex and age using fingerprints on archaeological remains because the characteristics of the prints differ. Men tend to have broader fingerprint ridges than women, for example, while the distance between ridges grows from childhood to adulthood, helping to deduce age.

Prehistoric archaeologist Margarita Diaz-Andreu, an ICREA Research Professor based at the University of Barcelona, says that the study is an “exciting proposal,” but urges some caution. “We know that in several societies in the world, the people who were in charge of painting were often accompanied by other members of the community. This means that the fingerprints may not have come from the authors of the paintings.”

Although prehistoric rock art has been extensively studied, few facts have been be gleaned about the artists who created these works. It was once assumed that the much earlier rock art of the Upper Palaeolithic era (at least 20,000 years ago) was mainly produced by men, because the artists often painted animals that would have been hunted. Today though, analyses of the hand stencils left by these Palaeolithic artists have shown that men, women, and children all played a role in producing the works. In fact, one study of the rock art in various French and Spanish caves showed that 75% of the hand stencils were female.

In a similar way, fingerprint analysis can help researchers to challenge assumptions about prehistoric artists. “The research into authorship, using the methodology applied here, could reveal further complex social dimensions at other rock art sites worldwide,” writes the research team.