The paintings, including works by Holbein and Hals, were smuggled across the Iron Curtain in the 1980s and recovered in a secret operation last year 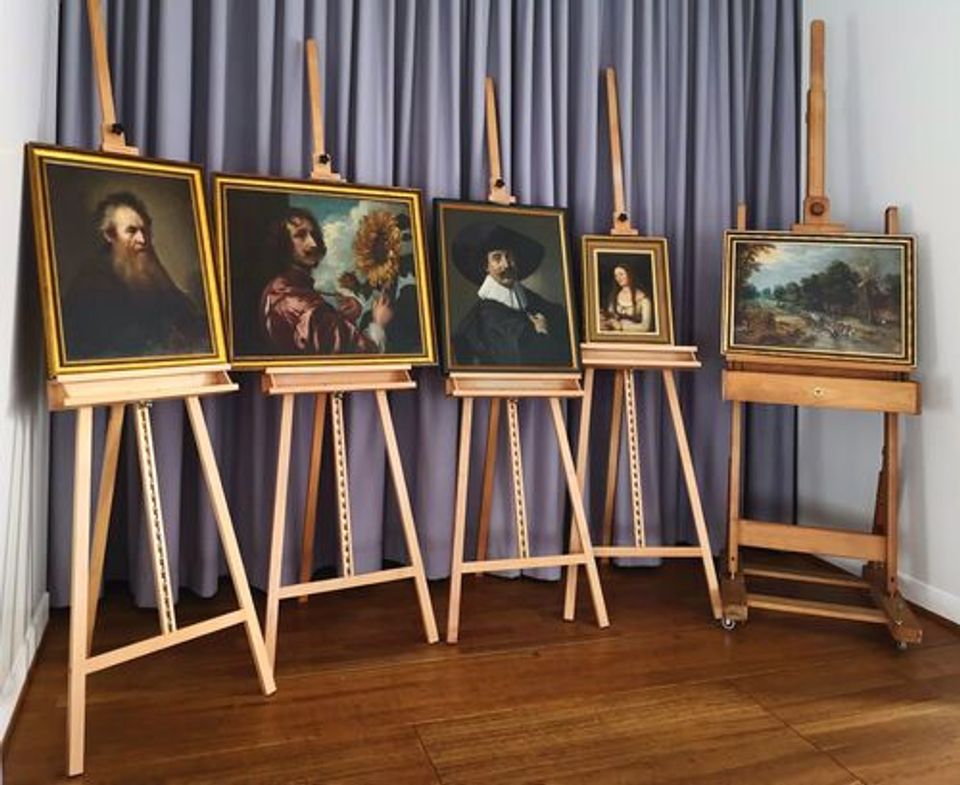 In a secret mission on 30 September 2019, a van drew up outside the Berlin state museums’ Rathgen Research Laboratory opposite stately Schloss Charlottenburg. The driver unloaded five packages.

Their contents, it was revealed at a press conference on 17 January, were five Old Masters of extraordinary value that were stolen from Schloss Friedenstein in the town of Gotha in December 1979 and had been missing ever since. It was the biggest art heist in communist East Germany. The story of the theft and the recovery—achieved, amazingly, without a ransom being paid—is the stuff of movie scripts.

One bubble-wrapped package contained Hans Holbein the Elder’s 1510 portrait of St Catherine in a white, low-necked dress trimmed with gold, her auburn hair flowing across her shoulders, holding the spiked wheel with which she was tortured. The others were a 1535 Frans Hals portrait of an unknown smiling, moustachioed gentleman wearing a large black hat and white collar; a country road with farmers’ wagons and cows once attributed to Jan Brueghel the Elder and now thought to be a studio work; a copy of an Anthony van Dyck self-portrait with a sunflower by one of the artist’s contemporaries, and a 17th-century portrait of an old man attributed to Ferdinand Bol. 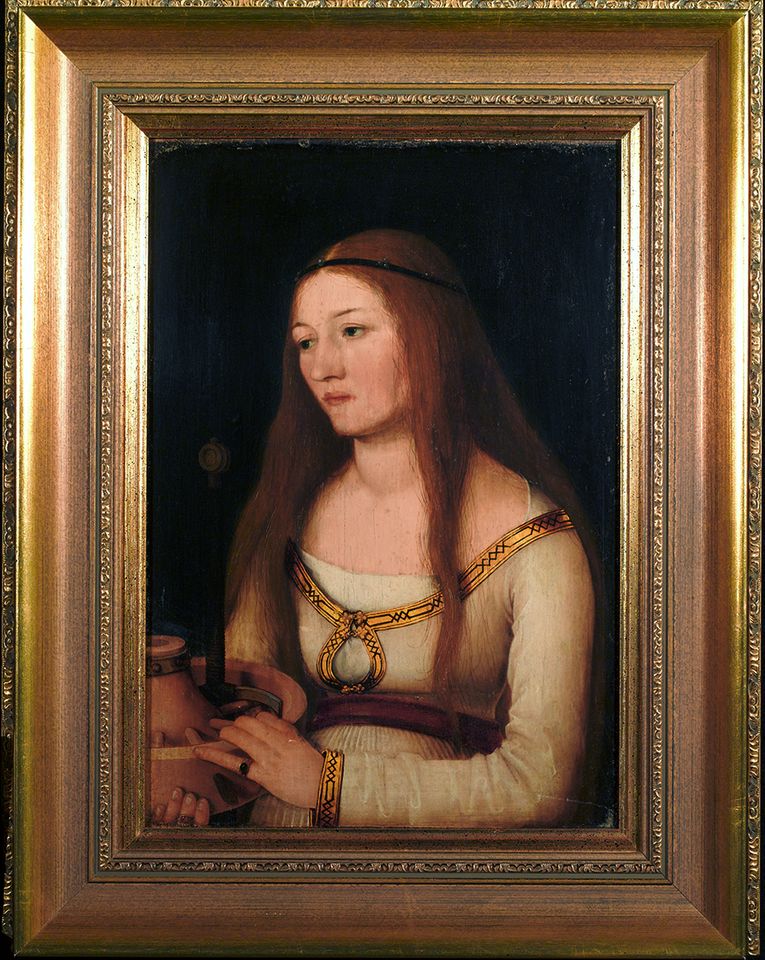 The 1979 theft traumatised the people of Gotha in communist East Germany, said Tobias Pfeifer-Helke, the director of the Schloss Friedenstein Foundation, at last week's press conference. More than 1,000 people were interrogated by police and the Stasi, the East German secret police. But the paintings, with an insurance value today of €4m, were never recovered. It has now emerged that in the mid-1980s, they were smuggled through what was at the time the most fortified border in the world to West Germany—how remains a mystery.

Nearly 40 years after the theft, in 2018, Knut Kreuch, the mayor of Gotha, started getting phone calls, he told the press conference. “I have something for you,” the caller said. After a time, Kreuch received colour photographs of the five paintings from a lawyer. The only photos he had seen before were black and white.

The lawyer’s clients asked for more than €5m for the paintings, according to Der Spiegel. Having initially kept the calls a secret from everyone but his wife, Kreuch said he turned to Martin Hoernes of the Ernst von Siemens Art Foundation, which frequently sponsors museum acquisitions, and a lawyer, Friederike von Brühl, for support.

“We do not give money to thieves,” Hoernes said. “But there is a grey zone encompassing war losses, for instance. In some such cases we pay a ‘finder’s reward,’ which is not equivalent to the market price.”

The people told a far-fetched story about how the paintings came into their possession; their parents, from whom they had inherited them, had paid a kind of ransom to help friends leave communist East Germany and had received the paintings from the Stasi as a guarantee.

After the cloak-and-dagger delivery in September—covertly observed by undercover Berlin police—the Rathgen Research Laboratory had three months to test the paintings. Stefan Simon, the director of the institute, said there’s no room for doubt the works are the originals. Comparing them with pre-1979 photographs revealed identical cracks in the varnish. Hoernes stressed that no payment was made to secure the return of the paintings. The Siemens Art Foundation covered the legal costs, the research and the transport, which together came to less than €50,000. The result, Brühl said, was a “diplomatic masterstroke” she attributed to deft negotiating.

The people in possession of the paintings, whose identity has not been revealed and who are only known to be resident in Germany, signed an agreement with Schloss Friedenstein, meaning that “from the civil law point of view, this operation is over,” Brühl said.

Criminal investigations, however, are continuing. Berlin’s Federal Crime Office is investigating on suspicion of blackmail, said René Allonge, a Berlin police officer specialised in art crime. The identity of the original thieves is still unknown, he said. The heist is still unsolved.

But from today until 26 January, the five paintings will be on display at Schloss Friedenstein in Gotha, the largest early Baroque castle in Germany. After that, they are to be restored in preparation for a comprehensive exhibition about the theft in 2021. “This is the most important event since German reunification for Gotha,” Pfeifer-Helke said.