Five predictions for the art market in 2016

Lay-offs at auction houses, terrorism in Europe and luxury art experiences for all

Last year ended dramatically, with terrorist attacks in Europe, the Middle East and the US, and an escalation of the Syrian conflict. The global economy slowed, stock markets were stagnant and commodity prices stayed low. As we went to press, luxury goods looked like having their weakest year since 2009, with just 1% growth compared with 2014.

As the year came to an end, the art market’s upwards trajectory flattened out, with the November sales in New York coming in largely under estimate. Most of the London sales in December—including the Bernheimer clear-out, Russian paintings, Modern British and Old Masters—were weak, and the results from the autumn sales at Christie’s Hong Kong confirmed a continuing decline in the Chinese market.

I predict that the art market will undergo further correction in 2016 amid heightened international tension and low commodity prices, with a rise in interest rates on the cards. The occasional work will still make big numbers, but the value of art sales will decline overall. 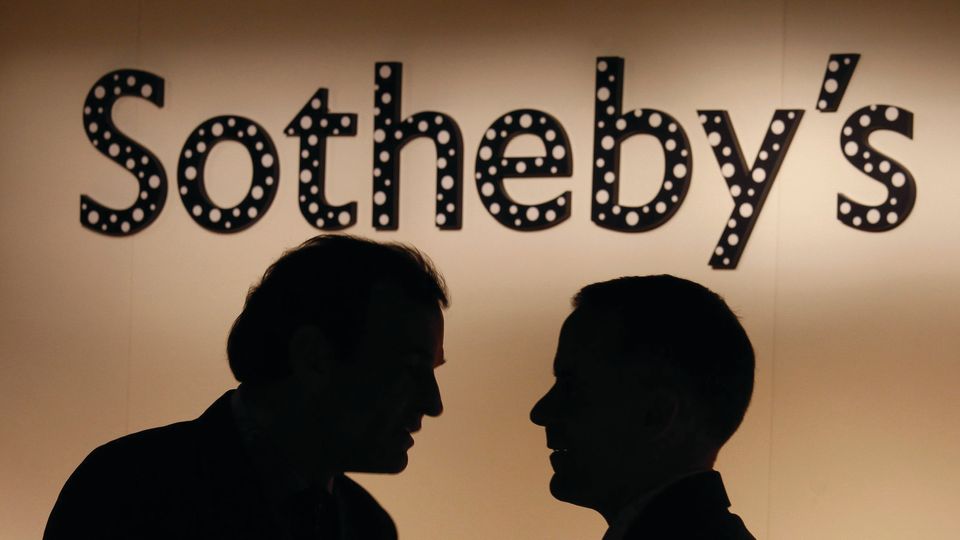 1. Auction houses will shed MORE staff As the New York auction season ended, both Sotheby’s and Christie’s were looking hard at their profits. Tad Smith, the new chief executive of Sotheby’s, launched a voluntary redundancy programme to reduce costs after a 30% fall in the firm’s share price over the year; this was taken up by 5% of staff.

Smith was brought in at considerable expense following demands by Daniel Loeb and other activist shareholders, but the former head of Madison Square Garden has yet to deliver the hoped-for turnaround.

Comings and goings at the auction houses are likely to accelerate; they started last year with the defections of Marc Porter from Christie’s to Sotheby’s and Guillaume Cerutti in the opposite direction. I expect to see more staffers leave both auction houses; some of them may go to Phillips, which still seems to be recruiting. 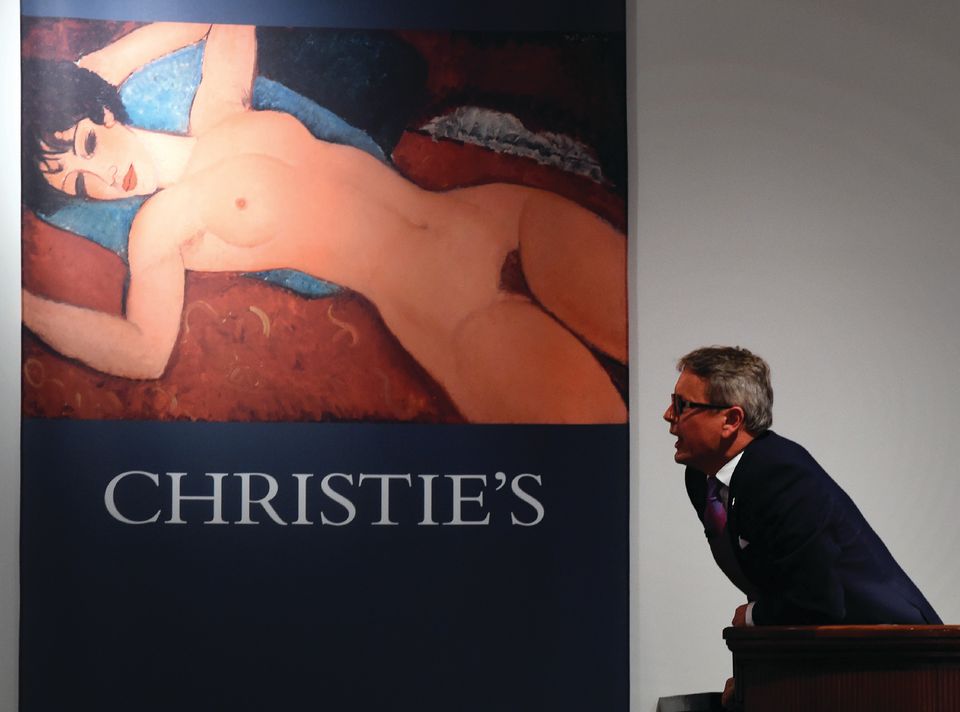 2. Guarantees will go off the boil The number and volume of guarantees given by Sotheby’s, Christie’s and Phillips soared last year, with a jaw-dropping $1bn promised to sellers during the November 2015 series.

Although the $170.4m paid for Modigliani’s Nu couché (1917-18) was certainly lucrative for Christie’s, which had guaranteed it for close to the $100m estimate, other deals were less so. The Taubman collection, for example, had a $515m guarantee from Sotheby’s, although we will not know if it will be paid off until well into this year, with the sell-off of the remainder of the Taubman material, including the buy-ins that now belong to Sotheby’s. But even if the guaranteed amount is made, it will be unlikely to cover the immense marketing costs.

I believe that the era of massive guarantee-backed deals is over: Sotheby’s is reporting a loss and Phillips is also thought to be loss-making. Christie’s, as a private company, may not be releasing the data, but it is widely believed to be on the hunt for ways to crank up the bottom line.

Look for Sotheby’s and Christie’s to cut back sharply on guarantees this year, although Phillips might see this as an opportunity to grab more consignments by not cutting back on guarantees. 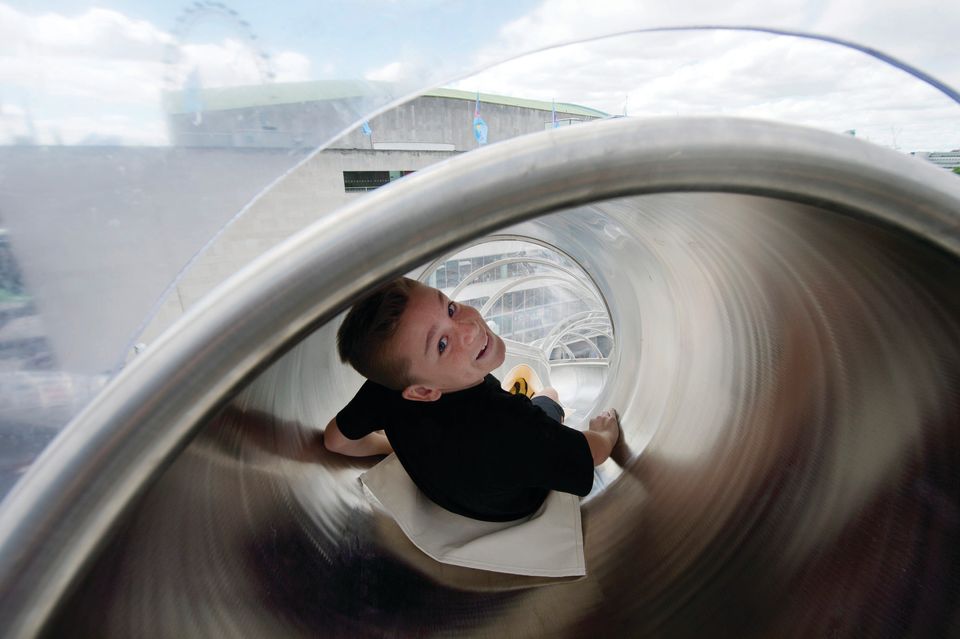 3. Europe’s art fairs will suffer The number of art fairs continued to mushroom last year, with unexpected places such as Bahrain now having their own events.

However, terrorism in Europe is likely to deter many American visitors from travelling to European fairs, although the same phenomenon will boost US-based events. 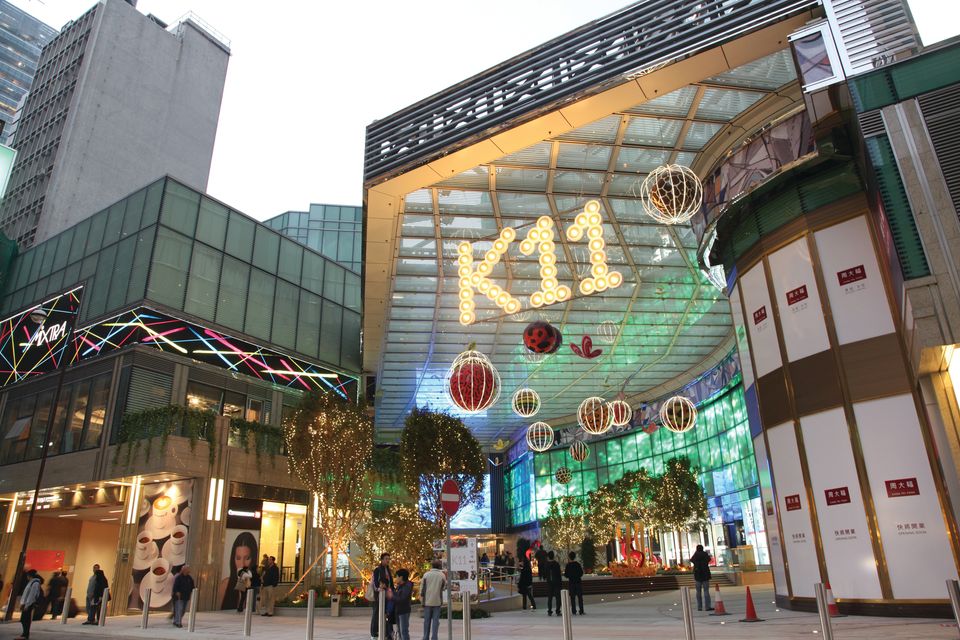 4. Luxury and experience will prosper In 2014, the New York Times organised the International Luxury conference in Miami (taking place, significantly, at the same time as Art Basel in Miami Beach), with the theme “where art, technology and fashion intersect”. Last year’s conference, planned for Versailles in November, was postponed after the terrorist attacks in Paris. Yet its title—”beyond product”—was just as significant.

The art market should always take note of what is happening in the fashion and luxury goods sectors. Today, galleries, fairs, auction houses and even artists offer their clients an experience and not just a product, on the questionable assumption that art is a mere product. Think immersive art experiences such as Carsten Höller’s slides, Random International’s Rain Room and Antony Gormley’s Quantum Cloud.

The “experience economy” is not new; the phrase was coined, according to Melanie Gerlis of this newspaper, in the late 1990s to describe how experiences are now products. Auction houses, fairs and dealers can also offer access to the hottest parties, private tours and exclusive openings. The new uber-luxurious Faena Hotel in Miami Beach even has “experience managers” who “design” guests’ overall experience.

5. Art in every mall? A new trend seems likely to grow this year: using art to add to the allure of shopping malls. Those with long memories will remember that in Japan in the late 1980s, every major department store had a “museum” on the top floor, selling works of art by artists ranging from Picasso to Bernard Buffet. As well as the luxury goods tie-up with art, it is now being used in a more accessible and democratic manner. K11 in China, which currently has two outlets, advertises its centres as “art malls” and promises 17 more such projects in the coming years. I expect the trend of putting art into malls to amplify, particularly in China. This could be a major shot in the arm for the art market, although how good the art will be remains to be seen.