Five to see at MiArt in Milan

Most of Italy seemed to be at Thursday’s VIP opening of the 21st edition of Milan’s Modern and contemporary MiArt fair, which continues through this weekend (Fieramilanocity, until 10 April). The fair, a rather uninspiring affair not so long ago, has gradually become one of the more thoughtfully organised events on the commercial circuit, to the credit of its artistic director Vincenzo de Bellis. De Bellis leaves after this year’s edition to become the curator of visual arts at the Walker Art Center in Minneapolis; his replacement will be announced once the fair has ended.

Unsurprisingly, much of the work in the fair’s main section comes courtesy of Italy’s brand-name Postwar artists—pieces by Paolo Scheggi, Alighiero Boetti and Enrico Castellani abound—but there is plenty more to see, some highlights are below.

Spranzi made a name for herself when she started using found images in her works. For her “Coming home” series (1996-97), which includes this image, she set alight pictures of perfect homes found in 1970s furniture magazines, a process that she photographed. The images seem to make a strong feminist statement but Alessandro Pasotti, of Bologna’s up and coming P420 gallery, says this isn’t necessarily the case. “Home may seem like a quiet place, with no surprises, but the people inside it are on fire,” he says. Another work in the series, with flames coming out of a perfectly made double bed, is also on offer at his booth (€5,500). 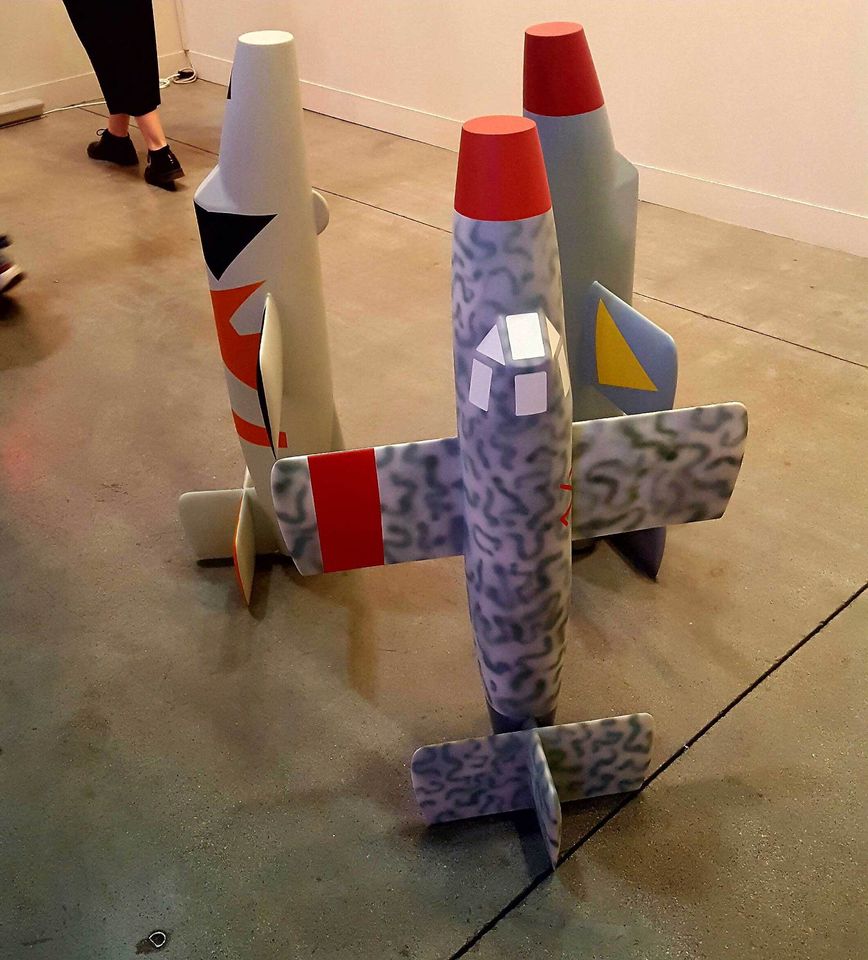 These camouflaged aircrafts are based on models of German planes for the Second World War that were never made. Mochetti transforms their identity into rather absurd creatures by putting them in an upright position and calling them “penguins”. The artist, born in 1940, is well-known and liked in his home country of Italy though his auction record of €19,950 (for a 1988 laser work) is considerably below the primary market priced asked for each of these works. The artist is growing his commercial audience overseas, however, with a show opening at Akira Ikeda gallery in Tokyo on 16 April (until 30 June). 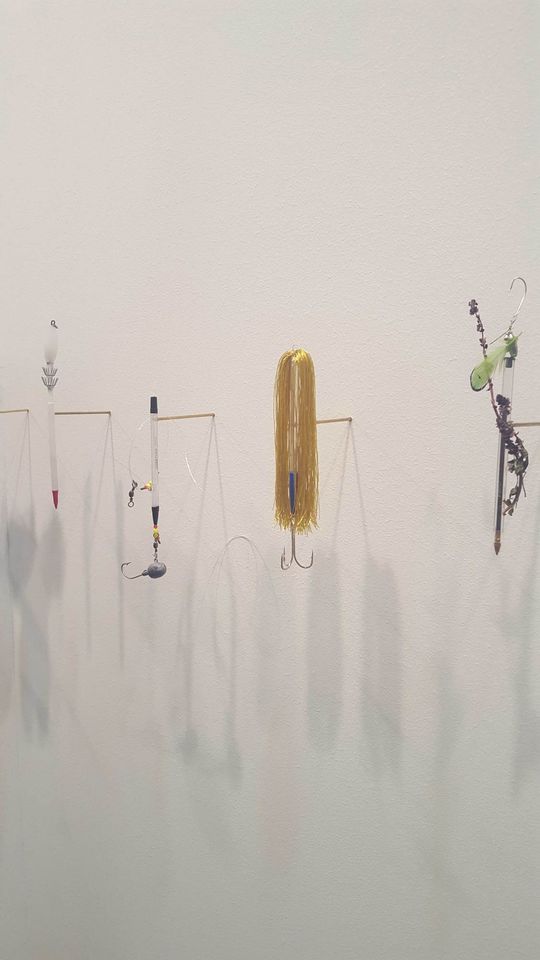 A selection of works by Kulisek/Lieske at the VI, VII booth

This double act is the combination of the German artist David Lieske and the American Rob Kulisek who have been working together since 2015. The pair began stealing restaurants’ pens, adding their own features to them and framing them in Plexiglas. The works were sold to fund studio equipment to produce a record (Lieske founded Dial Records as well as Matthew Gallery, also at MiArt.) At the fair, 52 of these now individually-mounted pens line the booth of Oslo’s VI, VII gallery with items including feathers, fish hooks and even a squirrel’s tail adorning each one. Arguably a punchy price for a pen, but some have already sold at the fair this week. 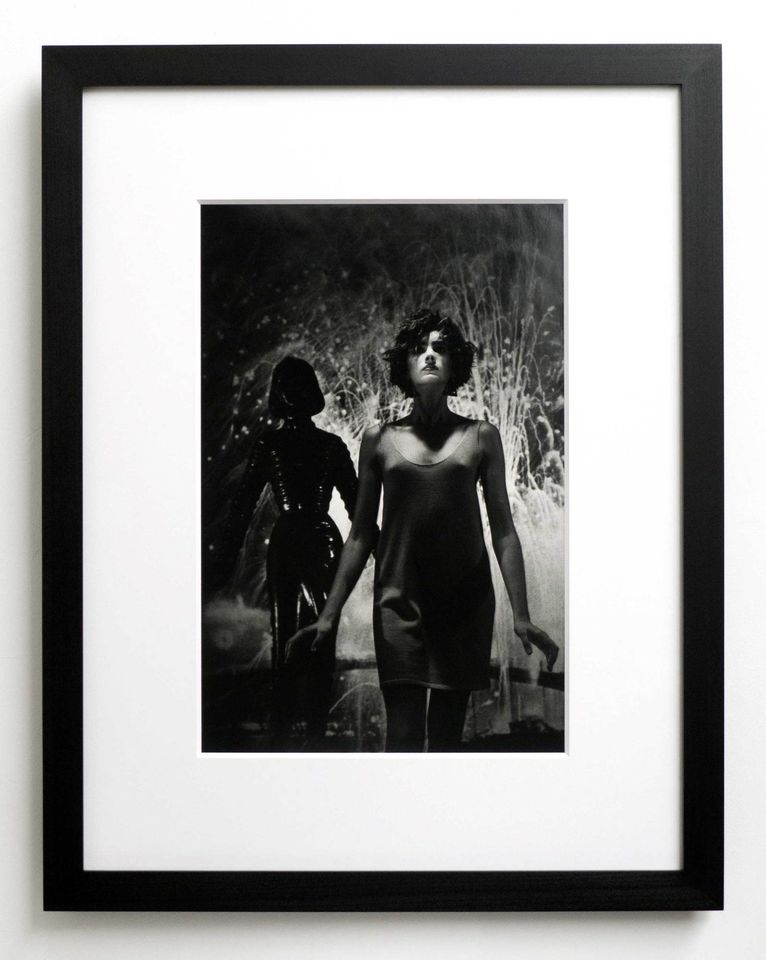 MiArt’s new “Decades” section, organised by Alberto Salvadori, divides the 20th century: each exhibiting gallery is responsible for showing certain periods. London’s Wilkinson gallery, representing the 1980s, has based its booth around an issue of ZG Magazine, a arts publication that was produced in London and then New York between 1980 and 1985. On the cover of Issue 11, "Double Trouble", published in 1984, was this image by Laurie Simmons. The layered work uses projected and blown-up images (today’s digital photographers take note) to produce an alternative fashion photograph, in which the central model wears second-hand clothes and a tiny plastic doll achieves a life-size, rather menacing status. 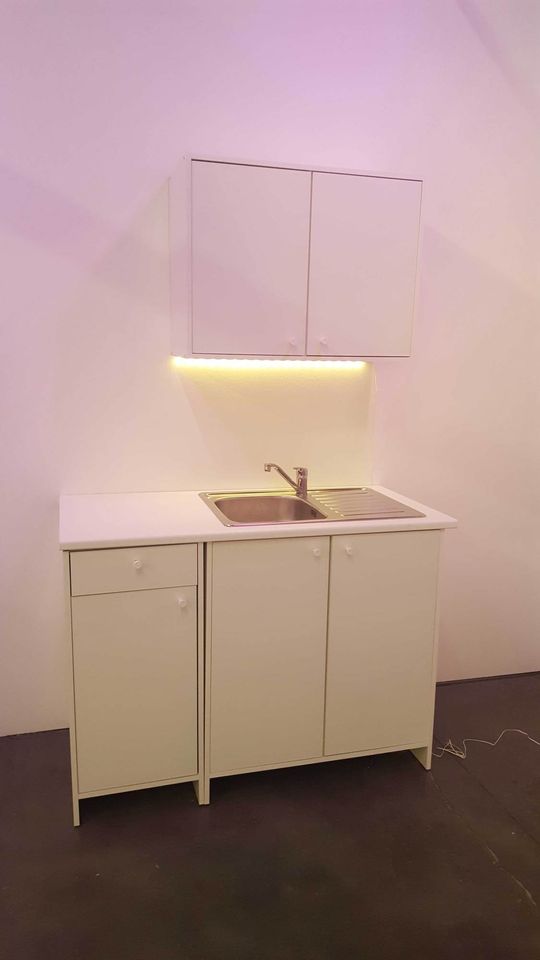 Art fairs these days seem to bring everything but the kitchen sink to meet the varied tastes of today’s collectors. But at the Ellis King booth in MiArt’s “Emergent” section for young galleries, even the kitchen sink is available (complete with a couple of dishes soaking in shallow water). The work—bought at Ikea and built at the fair—may seem to be taking art to its extremes but, says the gallery’s founder Jonathan Ellis King, “it’s about there being no hierarchy of objects”. And to be fair, Marcuccio’s seemingly small intervention of the theatrical lights underneath the cabinet, add a haunting context to the work.