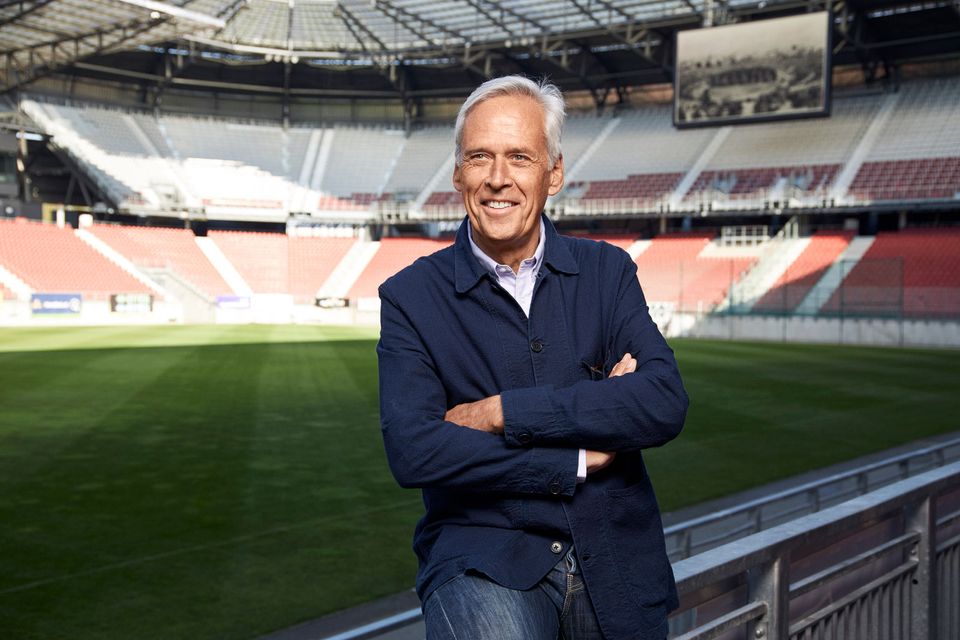 Imagine a world where trees are so scarce they can only be seen outside of their natural environment—like Micronesian Kingfishers in a zoo. Such a reality is being brought to life by the Basel-based curator Klaus Littmann who is planting 299 trees in the Wörthersee football stadium in the Austrian city of Klagenfurt. Due to be unveiled on 9 September, For Forest: the Unending attraction of Nature will be Austria's largest public art installation.

The idea was inspired by a drawing created in 1970 by the artist Max Peintner, who represented Austria at the 1986 Venice Biennale. Littmann came across the drawing more than 30 years ago and suggested to the artist that he reconstruct it in real life. Peintner was sceptical: "Sure, young man," he said; but Littmann has not been able to "let go of the idea" ever since. 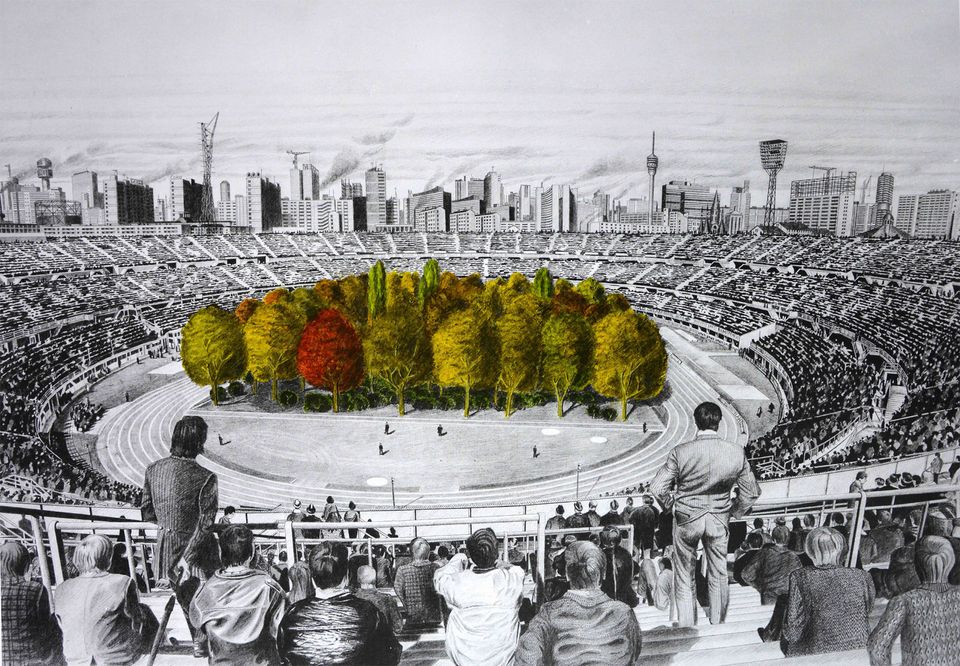 Max Peintner, The Unending Attraction of Nature (1970/71); hand-coloured by Klaus Littmann in 2018, Courtesy of For Forest

A few years ago, Littmann discovered that the state-of-the-art Wörthersee stadium, which was built for the European Football Championships in 2008, was unused for much of the year. So he set about realising his idea.

Visitors will only be able to view the forest from the stands. "It's primarily about how we take things for granted, how we stop thinking about them. By removing something from the familiar into a new context, you raise new questions," Littmann says. "It's not about playing around in the forest."

The project will be overseen by the leading landscape architect Enzo Enea, who will be in charge of transplanting the fully-grown trees—some weighing over six tonnes—into the stadium and creating a native central European forest.

The installation will be accompanied by exhibitions on the theme of nature at the Museum Moderner Kunst Kärnten and the Klagenfurt State Gallery. When the project comes to an end on 27 October, the trees will be replanted on a public site nearby and will remain as a living "forest sculpture".