But restitution depends on the adoption of a law covering these specific items, while Benin secures a location to house them 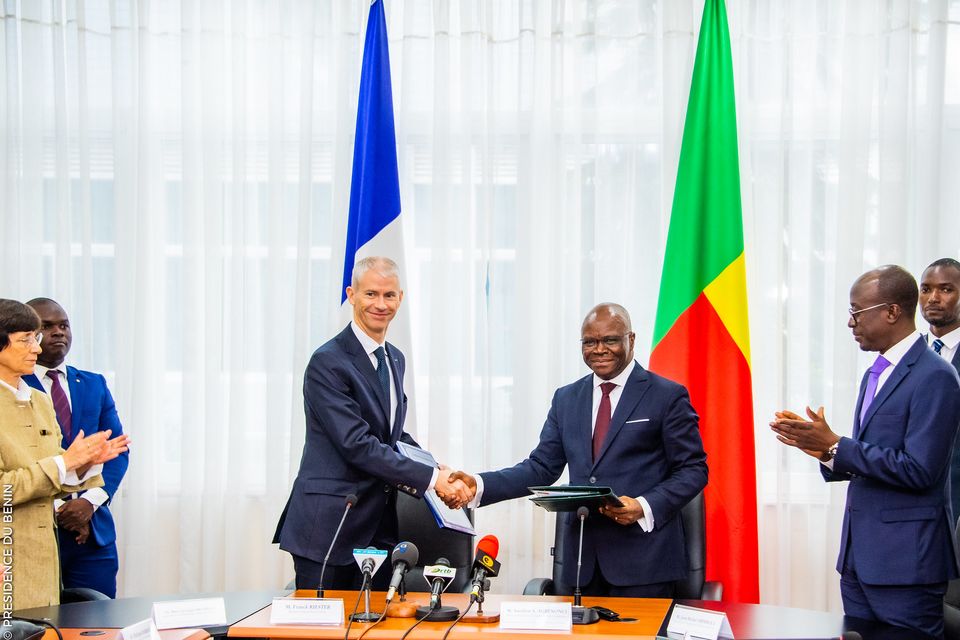 During a visit to Benin on 16 December, the French culture minister Franck Riester said that 26 royal artefacts looted by French troops during the colonial conquest will be returned to the West African country by 2021. "The restitution will need the adoption of a specific law and we are trying to set an agenda with the parliament which would allow the vote by 2021," says a spokesperson for the French culture minister, adding, "by then, Benin would be able to identify a secure site to display the works". The minister met with Benin’s president Patrice Talon and signed a general agreement for joint exhibitions, museum loans and technical assistance.

The deal comes more than a year after the French president Emmanuel Macron announced that the royal artefacts, which are held at the Musée du Quai Branly-Jacques Chirac in Paris, would be restituted to Benin. In November 2017, Macron declared that returning colonial-era African artefacts to the continent would be a “top priority” of his presidency. He commissioned a landmark report on the subject from the scholars Bénédicte Savoy and Felwine Sarr, who recommended the “unconditional” return of African heritage in French public collections.

Since then, however, there has been slow progress on the issue, with Sarr describing the French government’s strategy of promoting the temporary “circulation” of African objects as a “retreat” in a recent interview with the New York Times.

Full restitution will require the French parliament to pass new legislation enabling the objects to be deaccessioned from the national collections, which are currently classed as “inalienable” by law. This process may take years. Nevertheless, the Beninese culture minister Jean-Michel Abimbola welcomes the French government’s gesture, and hopes for “the opening of a discussion on a wider set of works further down the line”.

The move follows French prime minister Edouard Philippe’s visit to Senegal last month, when he returned a sword that belonged to the Muslim leader Omar Saïdou Tall, which was already on display in Dakar. The object still belongs to the Musée de l’Armée in Paris and will be on five-year renewable loan to Senegal. And, again, full restitution will require the French parliament to pass a bill enabling the saber to be deaccessioned from the national collections, which are classed as “inalienable” by law, a process which can take years. So the director of the Museum of Black Civilisations in Dakar, Hamady Bocoum, welcomed the move but insisted that his country, which also demanded the return of 100 artefacts, was "still waiting for a change in French law”, which prohibits any break-up of national collections. Although this was a firm recommendation of the 2018 report, the government has not expressed any intention of doing it.

Benin previously requested that the restitution of the royal artefacts be postponed because the country does not have a proper museum for them. A new museum announced for the royal palace of Abomey could open in 2022, but construction has not yet started. The French Development Agency, which has pledged around €12m towards the project, will soon begin a feasibility study.

Meanwhile, the French Senate has launched a new study into the legal framework for restitution to “dispel the legal grey area surrounding recent initiatives of the government”. The results are due in spring 2020.

UPDATE: This article was updated on 18 December to include comment from a spokesperson for the French culture minister and from Hamady Bocoum, the director of the Museum of Black Civilisations in Dakar. It also clarified that legislation would need to be passed to enable restitution of the specific Benin objects.

A year after fire, Museum of Chinese in America launches digital platform with Google to celebrate its historical treasures

A year after fire, Museum of Chinese in America launches digital platform with Google to celebrate its historical treasures