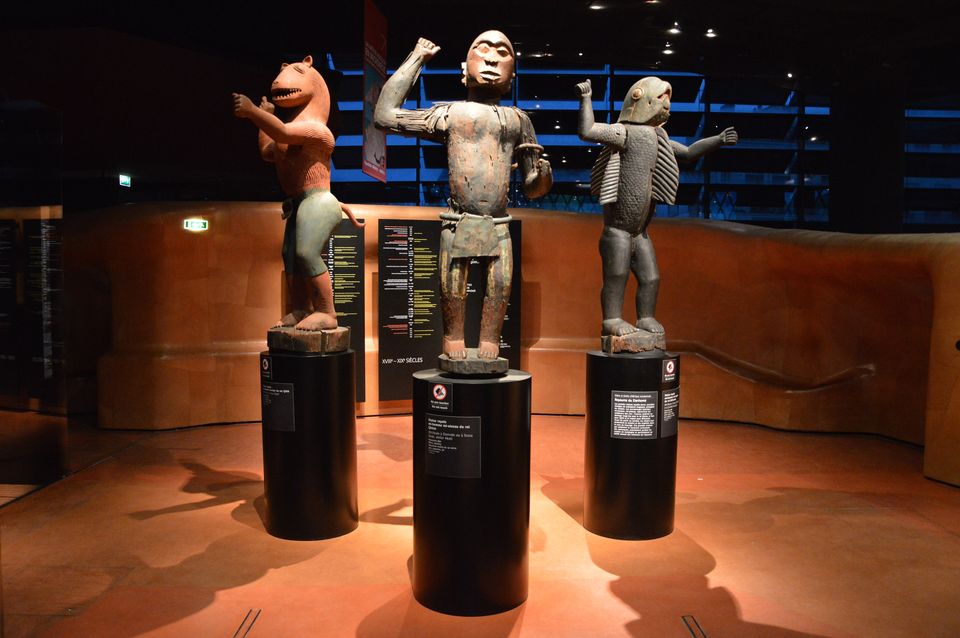 The controversial French report recommending a systematic and unconditional return of African cultural heritage was all-but buried yesterday at a conference in Paris. The report's authors Bénédicte Savoy and Felwin Sarr raised alarm in French and European museums by recommending automatic restitutions to African states of all goods seized during the colonial era. In his opening speech at the symposium on Thursday, the French culture minister Franck Riester only pledged that "France will examine all requests presented by African nations" but asked them not to "focus on the sole issue of restitution."

After the Savoy-Sarr report's explosive release last November, President Emmanuel Macron announced that an immediate follow up would come in the form of a major Euro-African conference planned in April on the issue. That event never got off the ground and was subsequently cancelled. Thursday's much lower-key symposium at the French Academy focused on “wider cultural cooperation with Africa“ according to a source close to the minister, aimed at overcoming the confusion and consternation caused by the report.

The conference was attended by some 200 archaeologists, anthropologists, art historians, curators and representatives of ministries of culture from Europe and Africa. Despite being invited to address the meeting by the minister, Savoy and Sarr failed to show. They were not available for immediate comment.

Riester says that France is still working with Benin on the restitution of 26 cultural items looted in a military raid in 1892—another promise by President Macron—but no date has yet been set even for discussion by the parliament, which has to approve the move. Meanwhile, the director of the Musée du Quai Branly, Stéphane Martin, says the museum has agreed for an exhibition and a long term loan of these items in Benin, but is waiting for the country to express its wishes. The minister also announced that the regular cultural season planned each year in France will be dedicated in 2020 to Africa and its artists.

Sources close to the culture ministry hailed the meeting a success, with participants upbeat and eager to move forward. Riding this momentum, the government is planning another meeting in September to take stock of plans to improve cooperation with Africa and inventories of African works and their provenance in museum collections.