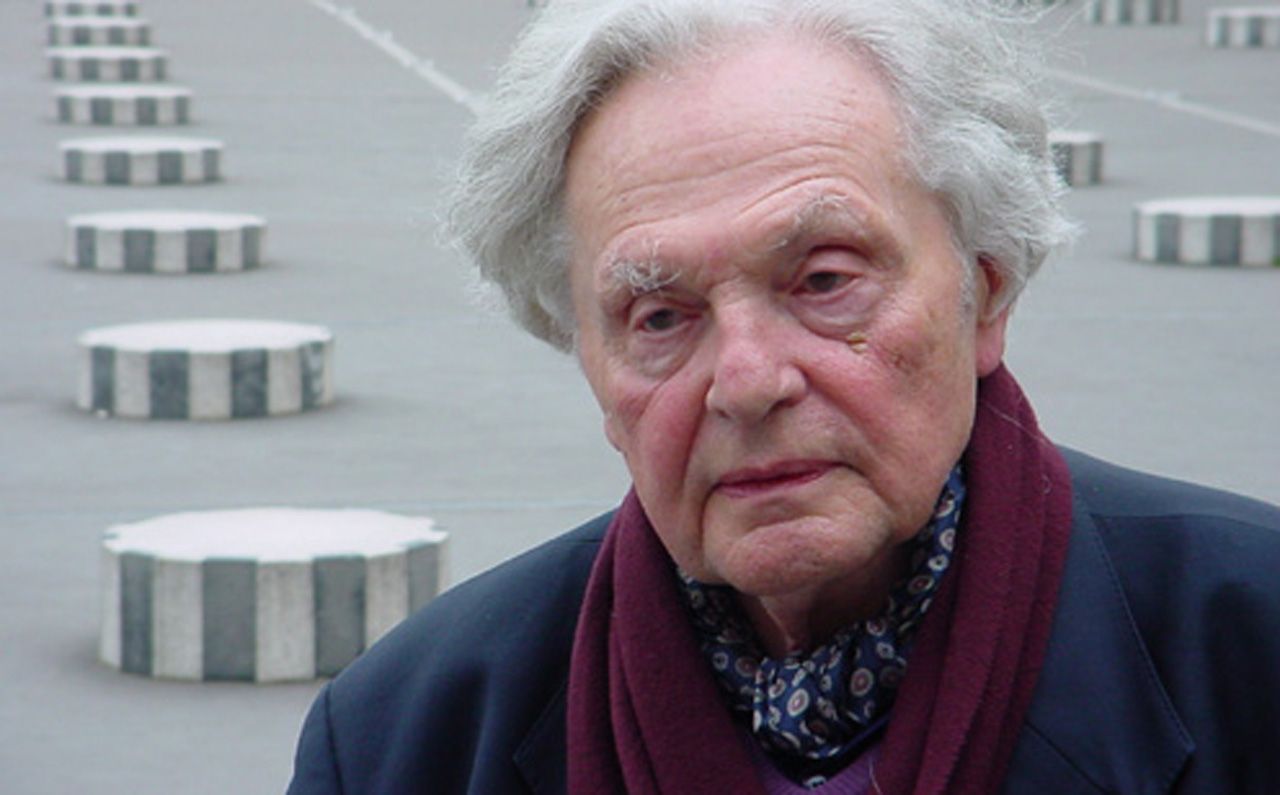 “Over three decades ago, when most of the art history establishment was clueless about technology-inspired art, Frank Popper was there recognising its importance" Photo: Joseph Nechvatal

The art historian Frank Popper, a trailblazer in the field of art and technology, has died age 102. Prague-born Popper held the post of professor emeritus of aesthetics and the science of art at the Sorbonne, Paris, at the time of his death.

In an interview conducted in 2003 with the artist Joseph Nechvatal, Popper described his experience as a young textile engineer in Vienna and as a wireless operator in the UK Royal Air Force. He later moved to Paris to complete a doctorate at the Sorbonne on the author Marcel Proust, but changed direction, switching his dissertation subject to L’image du mouvement dans les arts plastiques depuis 1860 (movement in visual art since 1860).

This new focus on the “technical components” in art was sparked by unexpected discussions with key artists of the time. “One almost paradoxical experience was my encounter with the kinetic artist and author of the book Constructivism, George Rickey, and my discovery of the most subtle technical movements in his mobile sculptures. But what seemed to me still more decisive for my option towards the art and technology problematic was the encounter in the early 1950s with artists like Nicholas Schöffer and Frank Malina whose works were based on some first-hand or second-hand scientific knowledge,” Popper told Nechvatal.

Op Art of the early 1960s also had a powerful effect on Popper. “Indeed, Op proved to be a strong predecessor to what he calls virtual art in that Op Art called attention to the spectator’s individual, constructive, and changing perceptions,” Nechvatal says. This fed into his burgeoning interest into kinetic works (from the Greek work kinesis, meaning “movement”).

In 1968, Popper wrote Origins and Development of Kinetic Art, an essential reference text which analysed space and movement in works by artists such as Vincent van Gogh and Victor Vasarely. He later examined interdisciplinary new media practices; in the 2007 publication From Technological to Virtual Art (2007), Popper argued that technology is “humanised by art”, looking to artists such as Nam June Paik and Jenny Holzer.

Frank Popper has died (102). These are a few of the gems he wrote and all students of new media should read. pic.twitter.com/3QGvJcrxxM

Garrett Lynch, a professor of contemporary art practices at the Srishti Institute of Art, Design and Technology in Bangalore, highlighted on Twitter “a few of the gems [Popper] wrote [that] all students of new media should read”, pointing to publications such as From Technological to Virtual Art (2007) and Art of the Electronic Age (1993). The latter includes chapters on laser and holographic art, video art and computer imagery.

“Over three decades ago, when most of the art history establishment was clueless about technology-inspired art, Frank Popper was there recognising its importance, organising shows, and trying to help readers understand its implications,” concludes Stephen Wilson, professor of Conceptual and Information Arts, San Francisco State University.