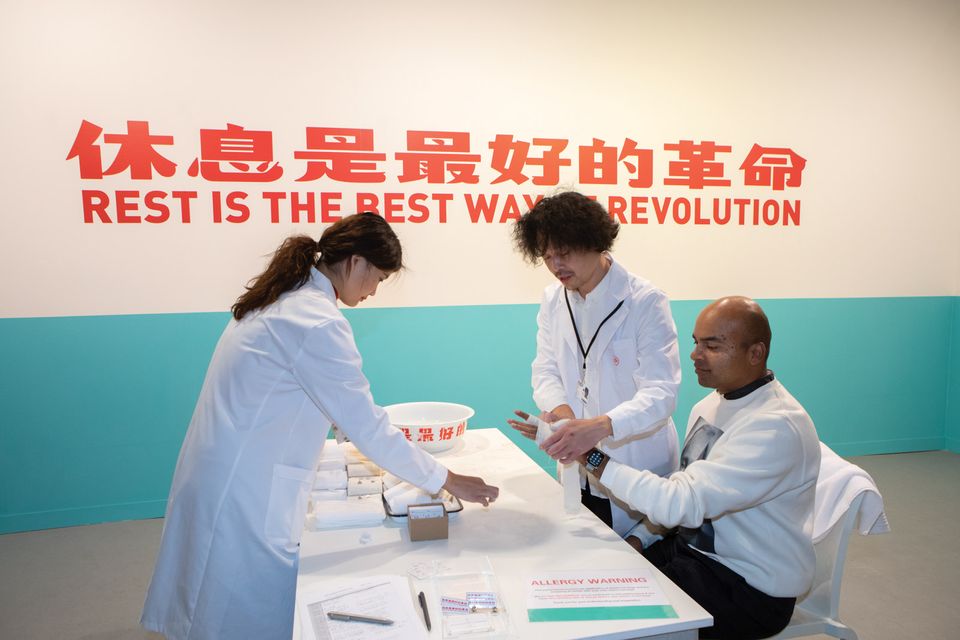 The doctor will see you now: Tang Dixin offers a cure for world-weary fairgoers © David Owens

Tang gets into the (not quite) surgical spirit

The unusually large number of Frieze visitors sporting surgical dressings are not especially accident-prone or recovering from a recent nip and tuck. Instead, they have been treated by the Chinese artist Tang Dixin in the interests of promoting enforced leisure. When he broke his arm a few years ago, Tang found he had his best ideas while unable to make art. He is now offering fairgoers a free bandage service at Aike gallery’s stand under the banner “Rest is the Best Way of Revolution”—albeit without the broken bones. Participants must first mark an appointment card listing the anatomical options: neck, arm, leg, finger, nether regions and—for those in need of a break from art gazing—the eyes. 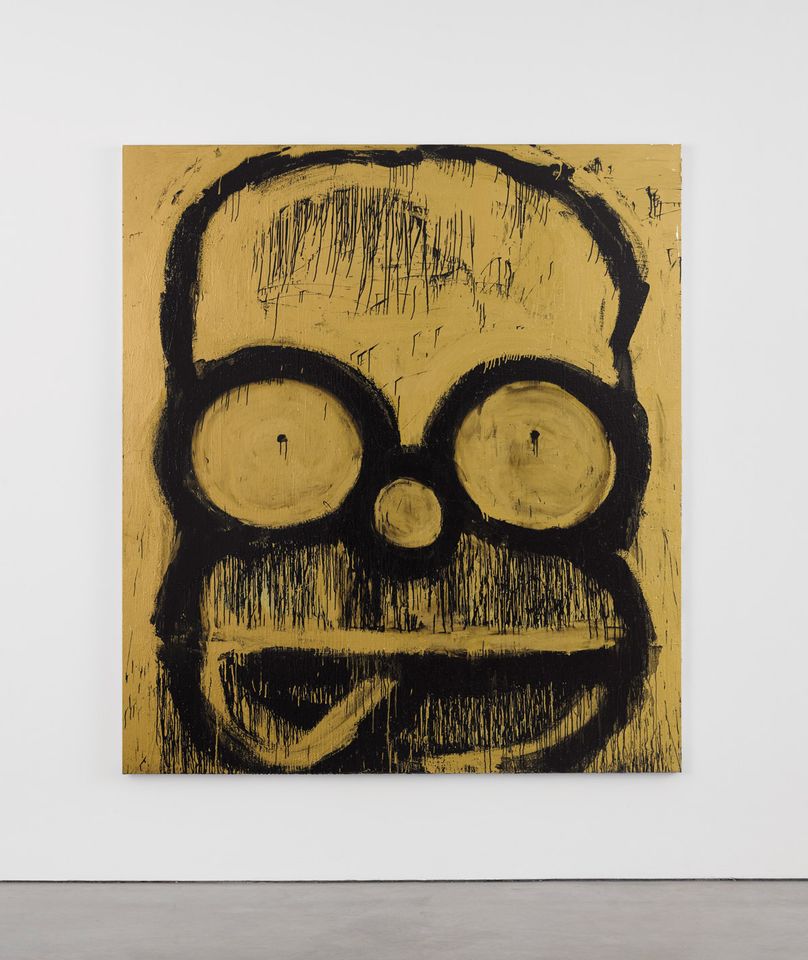 If you like The Simpsons, you’ll relish Joyce Pensato’s subversive images of Homer on show with Lisson Gallery at Frieze London. Pensato died in June but leaves behind a trailblazing legacy. Discarding the usual conventions associated with still-life painting, she also created weirdly compelling representations of Mickey Mouse and Donald Duck. “What do you get when you cross the contemporary derangement of American politics, various cartoon heroes, the spectres of abstract expressionism and that dystopian goon Donald Trump?” asked Frieze magazine last year. The answer is Pensato’s portraits, which so unnerved one fairgoer that she shrieked on seeing cartoon Homer on canvas. 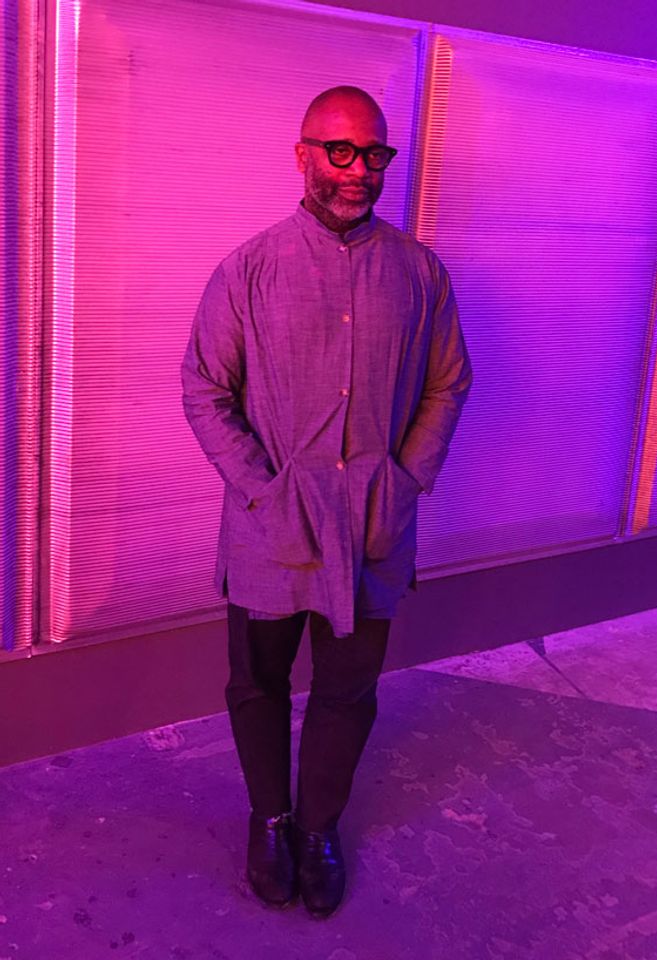 The peripatetic members club-cum-cultural hub Prada Mode has come to rest in the bowels of 180 The Strand until tonight. The Brutalist complex offers a new chapter of Theaster Gates’s The Black Image Corporation, a packed programme of events and exhibitions exploring black identity and culture, organised by the artist and the Showroom’s director, Elvira Dyangani Ose. “It seems like a really important time to do something more than just party—to make connections between artists and curators and practitioners of all ages in ways that parties can’t,” Gates says. But non-members need not fear: The Black Image Corporation will be open to all from tomorrow until 27 October. 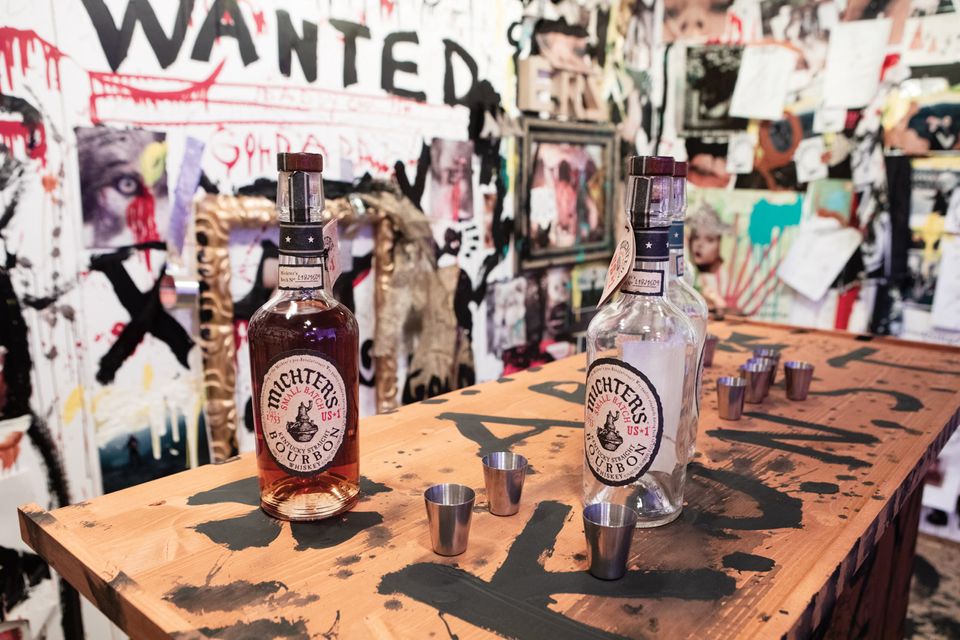 There’s a time-honoured tradition of artful bars serving booze at the fair and this year is the turn of the maximalist German artist Jonathan Meese’s Western-style bar at David Nolan Gallery’s stand, dispensing free Michter’s Kentucky bourbon and rye whiskeys. The hostelry pays homage to Meese’s obsession with Zardoz, John Boorman’s cult 1974 sci-fi fantasy starring Sean Connery and Charlotte Rampling, whose images are emblazoned throughout the densely collaged surfaces. Sharp-eyed visitors might also spot an image at floor level of the artist paying a visit to Boorman’s Irish home. Might he have succeeded in his quest to persuade the veteran director to make a Zardoz II? 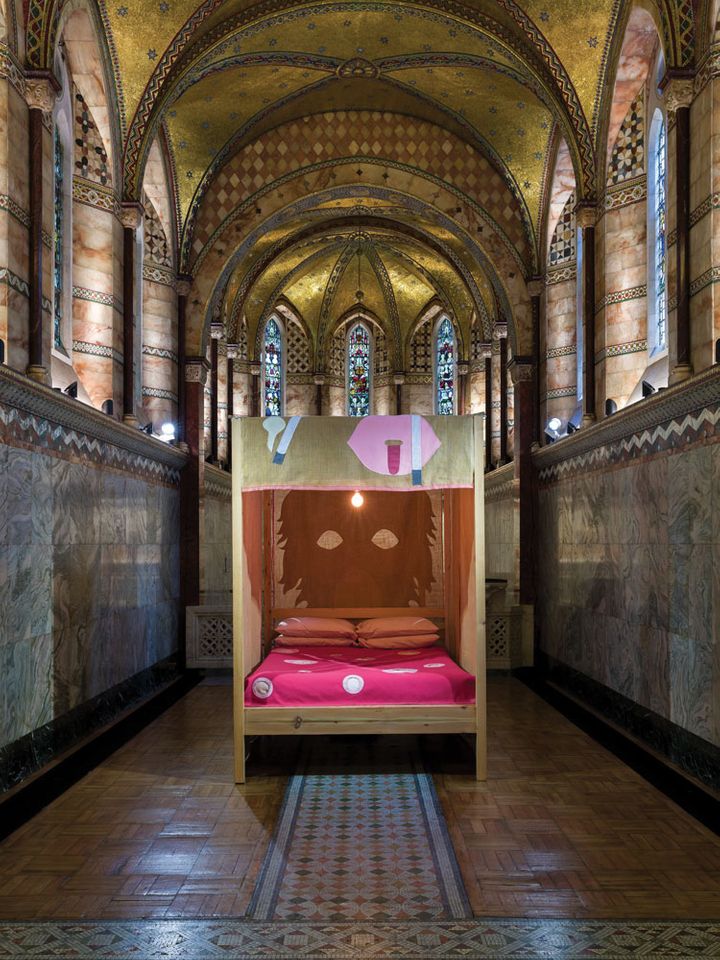 In bed with Baldock’s mum

The artist Jonathan Baldock wants to get you into his bed. This is no saucy invite but an interactive artistic intervention called My biggest fear is that someone will crawl into it, showing in the sumptuous surroundings of Fitzrovia Chapel (until 5 October). The artist describes the four-poster work, which comes complete with exquisitely crocheted blankets and pillows, as a “secure centre in a chaotic world”. Visitors can snuggle up and listen to a narrative recorded by Baldock’s mother, who told us at the private view how “extremely proud” of her offspring she was. Bless.