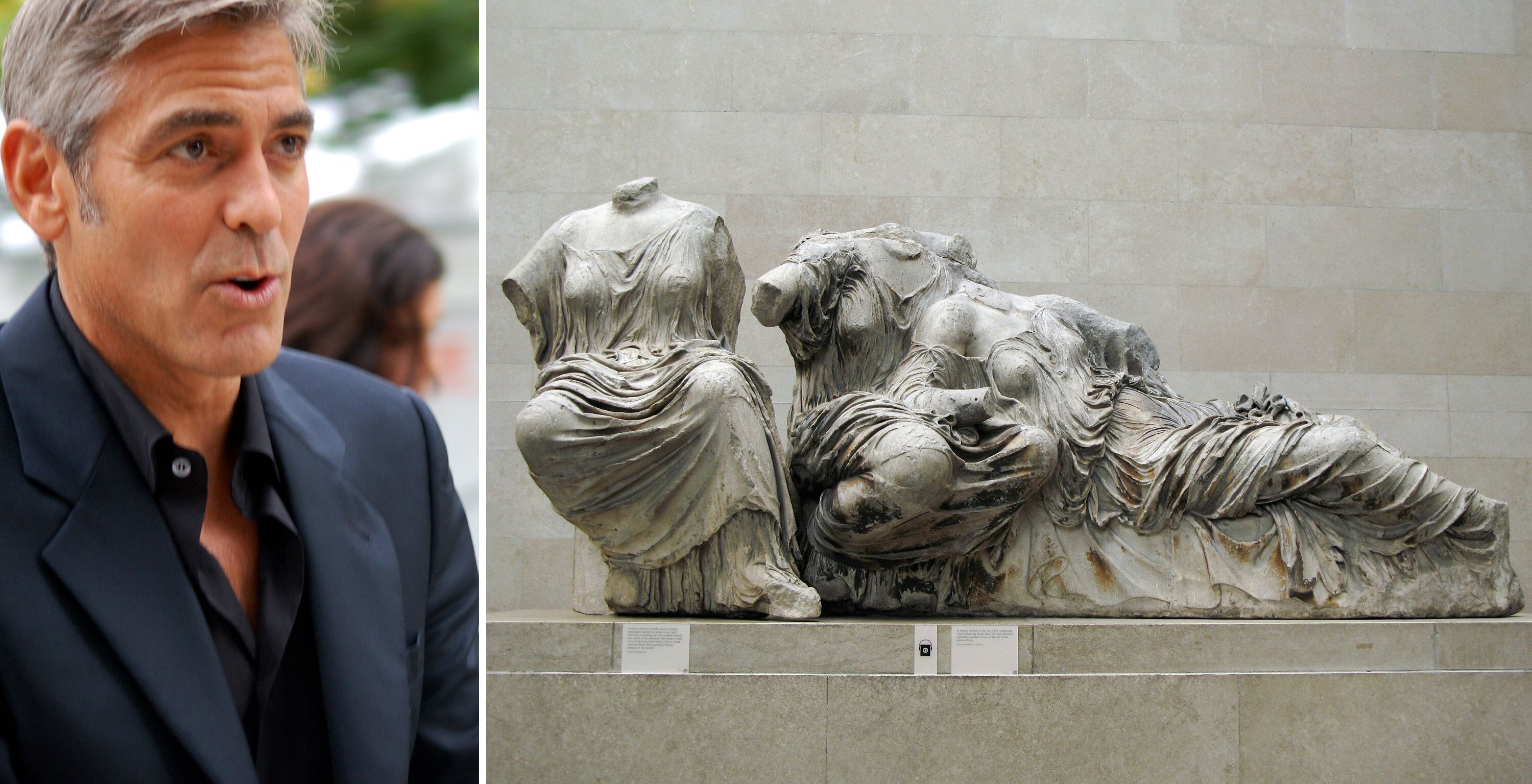 George Clooney first stated that the Parthenon Marbles should be returned to Greece during a trip to Berlin in February 2014 to promote the film The Monuments Men Clooney: Courtney/Flickr; Marbles: Justin Norris/Flickr

The actor George Clooney has again voiced his support for returning the 2,500-year-old Parthenon Marbles to Greece. His comments have stoked the long-standing debate over reunification of the works, which have been housed at the British Museum in London since the early 17th century.

According to the Greek newspaper Ta Nea, Clooney recently told Janet Suzman—the chair of the British Committee for the Reunification of the Parthenon Marbles—that “the Parthenon Sculptures must be returned to their original owner”.

Suzman confirmed to The Art Newspaper that Clooney made the comments (the actor could not be reached for comment at the time of writing). Earlier this year, Clooney wrote to Suzman, saying: "There are a lot of historical artefacts that should be returned to their original owners, but none more important than the Parthenon Marbles.”

During a trip to Berlin in February 2014 to promote the film The Monuments Men, Clooney stated that the Parthenon Marbles should be returned to Greece. “It is the right thing to do,” he said. The actor’s comments drew criticism from Boris Johnson, the then mayor of London, who said Clooney was "advocating nothing less than the Hitlerian agenda for London's cultural treasures". At the time, Clooney’s wife, the human rights lawyer Amal Clooney, was advising Greece on the return of the marbles.

The fifth-century-BC statues have been housed in the British Museum since 1816 after they were removed from the Parthenon temple on the Acropolis in Athens by the Scottish nobleman Lord Elgin, the then Ottoman ambassador.

In an online statement, the trustees of the British Museum say that Elgin acted with the full knowledge and permission of the legal authorities of the day in both Athens and London. “The sculptures on display in London convey huge public benefit as part of the museum's worldwide collection,” they add. The statement reiterates that the trustees have never been asked for a loan of the Parthenon sculptures by Greece, “only for the permanent removal of all of the sculptures in its care to Athens”.

Last year, concerns were raised over whether the ancient Greek sculptures would be used as a bargaining chip in Brexit negotiations.