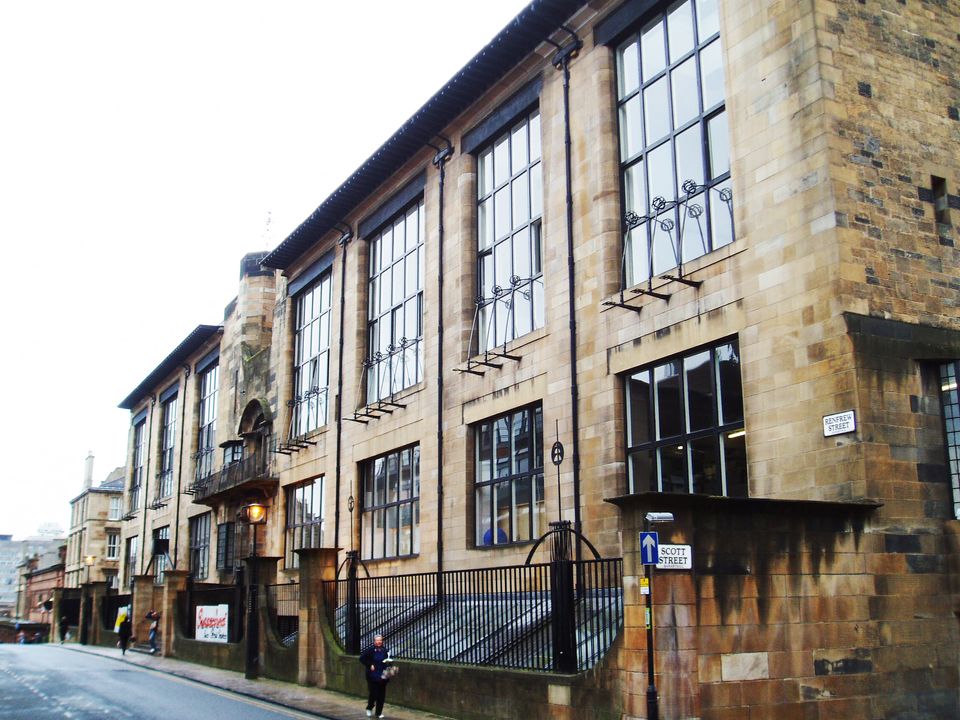 The Glasgow School of Art before the two fires Photo: Steve Cadman

Almost two years after the Glasgow School of Art (GSA) was destroyed in a fire, the debate over whether the landmark Art Nouveau building should be rebuilt continues. But plans for relaunching the school, affectionately known as “The Mack", can only move forward once the investigation into the cause of the blaze is complete. “The reason the project has gone under the radar is because the investigation into the cause of the fire is ongoing,” says the architect Alan Dunlop, a visiting professor at Robert Gordon University.

The GSA, which is considered Charles Rennie Mackintosh’s masterpiece, was completed in 1909. In June 2018, the school was extensively damaged when a blaze tore through the historic venue. The building was nearing the end of a £35m restoration following a previous fire in May 2014 when the east wing was left relatively intact but major parts of the library and west wing were destroyed.

“The GSA has committed to rebuild the Mackintosh Building and to bring it back as a working art school. The first priority is ensuring that the Scottish Fire and Rescue Service (SFRS) get all the access they require to the building to complete their investigation into the 2018 fire,” a spokeswoman says.

Last June, the BBC reported that investigators were entering the final phases of their probe into the fire; earlier this year a further delay into the investigation was announced when the art school said that "major work required to facilitate access to further areas of the Mackintosh Building" requested by the SFRS would begin on 24 February. A spokesman for the SFRS tells The Art Newspaper that the investigation is ongoing, adding that “the excavation is currently subject to Covid-19 restrictions”.

“I think the narrative around the future of the building has changed, with the emphasis now on restoration rather than replication of the original school. In other words, we should save what’s left of the building and put in a modern insertion. I think a model could be the conservation of the Neues museum in Berlin by David Chipperfield [completed in 2009],” Dunlop says.

Early last year, the school was criticised by the culture committee of the Scottish Parliament which said that the GSA did not give sufficient priority to safeguarding the building. The GSA subsequently released a detailed rebuttal whereby the school chair, Muriel Gray, said that the parliament had failed to interrogate the building contractor responsible for the Mackintosh building at the time of the 2018 fire.

“I believe the Mackintosh building should be rebuilt and the information is there to do it,” says Roger Billcliffe, the author of several books about Mackintosh. “I do not believe, however, that the School of Art is a fit custodian of it or that using the school for first-year teaching is a safe way forward.”

The GSA spokeswoman says: "Regards our submissions to the Scottish Parliament CTEEA [committee] they were engaged, clear, detailed and factual, and they are all available on our own website as well as the Scottish Parliament website. We have always been committed to providing full information and we continue to do so as requested. We’ve also responded to and committed to actioning, where appropriate, recommendations contained within the report."

CLARIFICATION (17 April): The GSA spokeswoman says: "The SFRS forensic investigation into the fire has been underway for some significant time. What was announced earlier this year was not that forensic work would begin. Rather, we announced that major work required to facilitate access to further areas of the Mackintosh Building requested by the Scottish Fire and Rescue Service for their ongoing investigations would start on 24 February." The article has been amended to reflect this information.

about 3 hours ago
Is Van Gogh hiding at the back of this Toulouse-Lautrec drawing?