Aliph, the global fund to protect cultural heritage, announces its first projects in Iraq and Mali

Launched in 2016, Aliph will finance restoration work with technical support from the Louvre and Smithsonian Institution 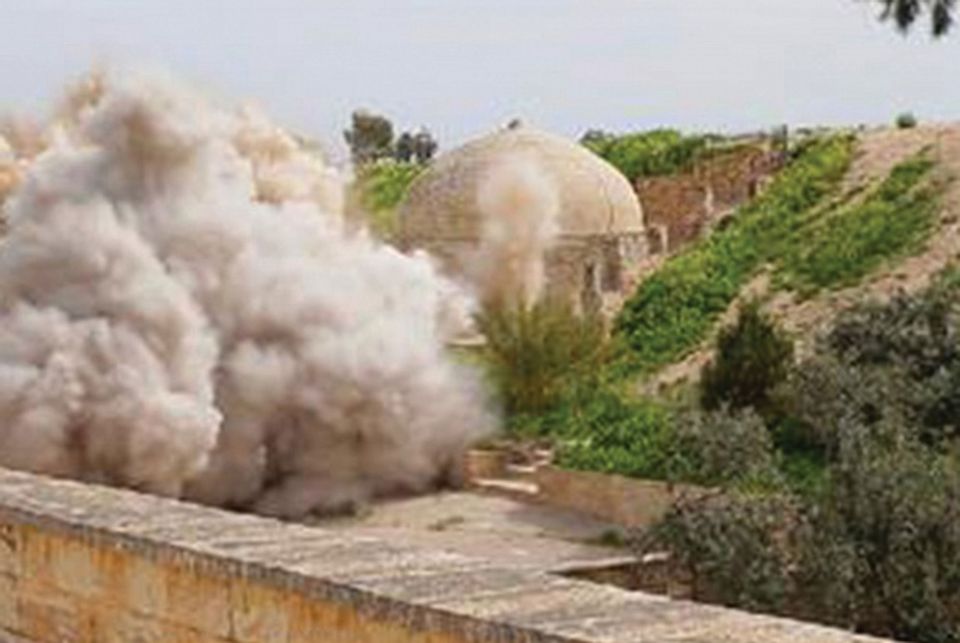 Aliph, a Geneva-based global fund to protect cultural heritage in war zones, spearheaded by France and the United Arab Emirates and chaired by the American billionaire Thomas Kaplan, has revealed its first projects. They include the Mosul museum and the Behnam monastery in Iraq, as well as the Tomb of Askia in Gao, Mali. The organisation has also launched a worldwide call for new projects.

Originally proposed at an international conference in Abu Dhabi in 2016, Aliph—named after the first letter of the Arabic alphabet—has raised $60m so far, according to Aliph’s director Valéry Freland, a French diplomat.

For the Mosul museum, Aliph is funding the $480,000 preparatory study for its restoration, with technical support provided by the Louvre and the Smithsonian Institution. It also plans to cover at least part of the restoration works which, according to rough estimates, could amount to $6m-$10m.

South of Mosul, Aliph is financing the $250,000 reconstruction of the Mar Behnam monastery. Partially destroyed by Islamic State in 2015, it formerly housed one of the most important Syriac libraries in the world. Work on the fourth-century Assyrian church, library and tomb, led by the French architect Guillaume de Beaurepaire and the archaeologist Abdelsalam Simaan, with the help of the French NGO Fraternity in Iraq, has now been completed. Freland underscores the symbolic importance of this first accomplishment by the fund in a sacred place of pilgrimage for Syriac Catholics and Yazidis, as well as Muslims.

In Gao, Aliph is financing the $500,000 damage-and-repairs assessment of the 15th-century Askia tomb. After the occupation of Northern Mali by militants in 2012-13, the mosque and necropolis of the Songhai Empire’s leading dynasty have been on the brink of collapse.

New projects can now also be submitted via Aliph’s interactive site (aliph-foundation.org). “They can come from any part of the world and include a wide range of actions, from protection of sites at risk to intangible heritage traditions,” Freland says. “We want to act swiftly,” he says, likening the fund to a “cultural start up”. Management costs must be kept under 10% of the proposed budgets. Aliph also wants to open an emergency response programme for projects under $75,000, which could be immediately initiated by its director.

The fund aims to work with a permanent team of no more than six people based in Geneva. Prior to joining Aliph, Freland was a councillor of the French Culture Minister before being charged with cultural cooperation in Tunis from 2010 to 2016, at the time of the Arab Spring. He works together with France Desmarais, a Canadian expert on cultural property previously employed by the International Council of Museums.

In the first instance, Aliph is focusing on countries such as Iraq, Mali, Afghanistan and Libya, and is hoping to work in Syria as soon as possible. Apart from fears around safety, Freland says that a major challenge will be the availability of logistics and operational personnel to assist on the ground. His next mission is a global fundraising tour to further boost Aliph’s coffers.

CORRECTION: This article was corrected to reflect that Kuwait donated $5m not Qatar as previously reported