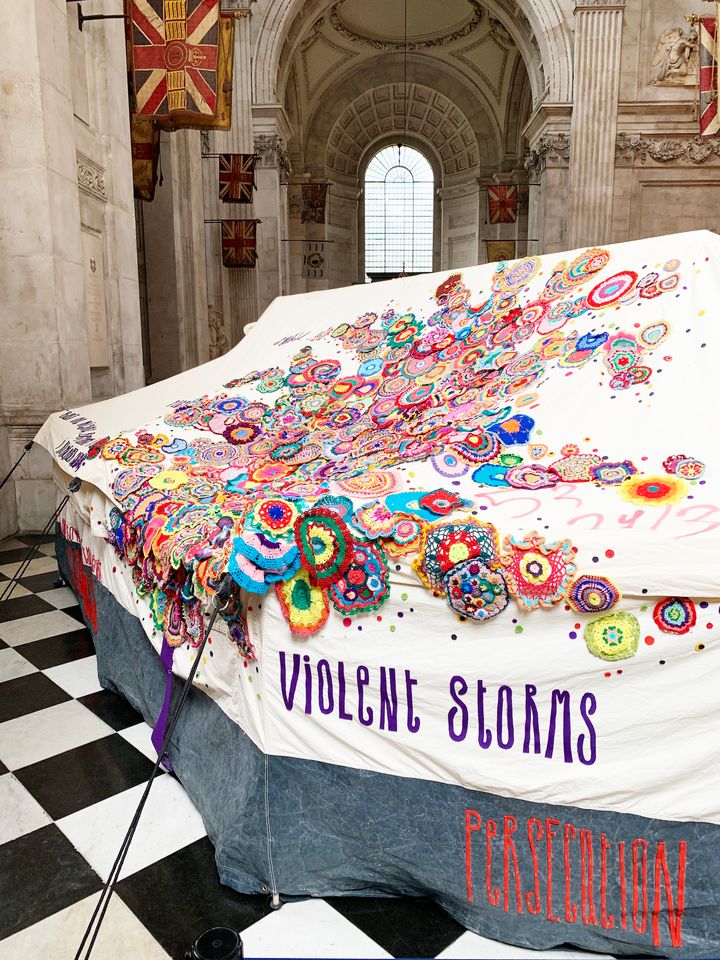 A tent which housed a refugee family from Syria has been installed in the heart of St Paul’s Cathedral in London, drawing attention to the global immigration crisis. London-based Kate Daudy obtained the tent early 2016 from UNHCR, the United Nations Refugee Agency.

The work, entitled Am I My Brother’s Keeper, has already been shown in Palermo, Segovia and Brussels. The piece is on view in the north transept of St Paul’s until 27 June.

The tent was sited in the Za’atari refugee camp in Jordan and has been embroidered with phrases and quotations picked up by Daudy in conversations with refugees, diplomats and aid workers across 60 countries caught up in the migrant crisis. These statements include: “We have lost our childhood, all of us.” The average stay in a refugee camp is around 17 years, Daudy says.

Decorative crochet elements covering the tent were made by “internally displaced” women in Syria; these crochet circles were brought out of the war-torn country via an intricate network of journalists, filmmakers and aid workers. 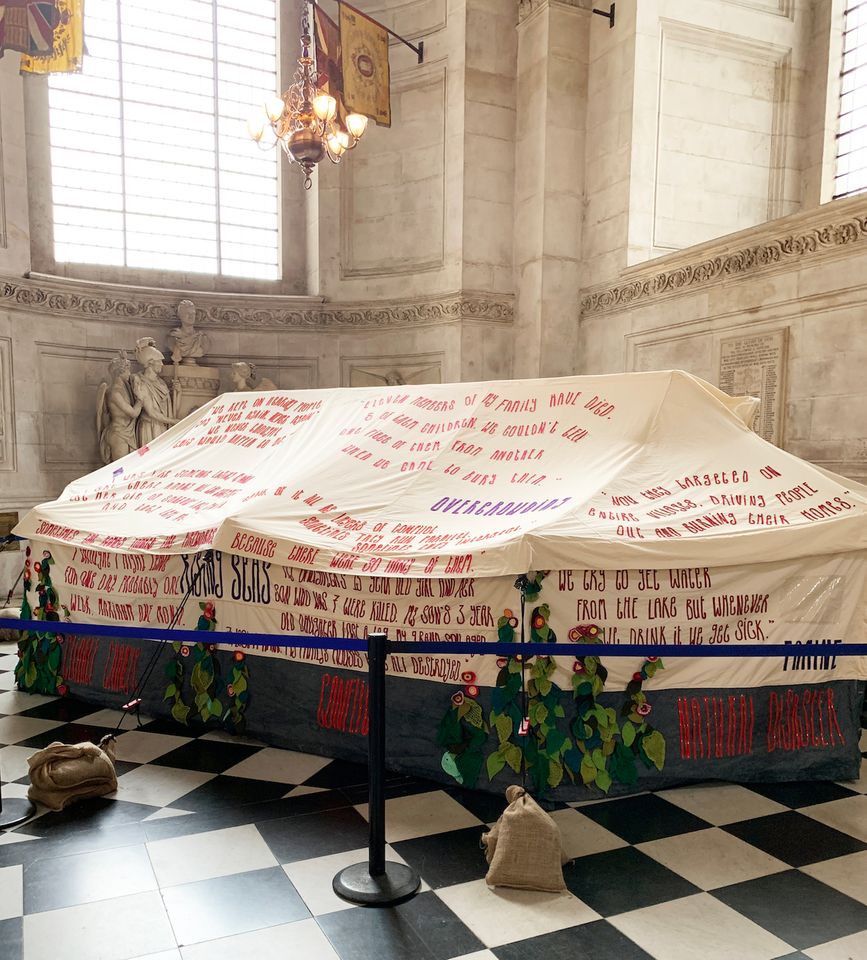 Daudy says, “We are all connected, but how we choose to act determines our home and identity, both spiritually and physically.”

In a statement, the reverend Canon Tricia Hillas, the canon pastor of St Paul’s, says: “I find the vulnerability and transitory nature of the tent at the centre of this installation—sheltered as it is for a time within this vast solid cathedral—deeply moving.”

Later this year, Daudy will show works at the Saatchi Gallery in London linked to a major exhibition of King Tutankhamun’s treasures. The show Tutankhamun: Treasures of the Golden Pharaoh, on view from 2 November to 3 May 2020, will commemorate the centenary of the discovery of the ancient-Egyptian ruler’s tomb with original 150 artefacts to go on display, 60 of which have never travelled outside of Egypt.

This will be the third leg of the show, which opened in March 2018 at the California Science Centre in Los Angeles before travelling to La Grande Halle de la Villette in Paris, where it is on view until 31 September. Daudy’s display on the top floor of the gallery will include works made in response to the boy pharaoh.