Tefaf New York proved there is life in the market—can this week's sales do the same?

December’s Old Master sales traditionally make less of an impact than those held in July. Nevertheless, these auctions will serve as a meaningful barometer of the health of the Old Master market. The UK’s vote to leave the European Union arguably had a positive impact on the London market in July after the pound fell sharply; will it continue? How will collectors react to news that a supremely talented forger seems to have been on the loose for perhaps two decades, after Sotheby’s declared a $10m supposed Frans Hals was a modern forgery.

Happily, the December sales contain few major new discoveries with no provenance, which these days might cause concern. A recently verified provenance has brought Christie’s one of its top lots; John Constable’s Beaching a Boat, Brighton (1824). Recently and reluctantly restituted by Tate Britain to the heirs of a Hungarian family whose collection was looted during the war, this fine study has been a highlight of major exhibitions, including the show Constable: The Great Landscapes. It should exceed the estimate of £500,000 to £800,000 at the evening sale on 8 December. 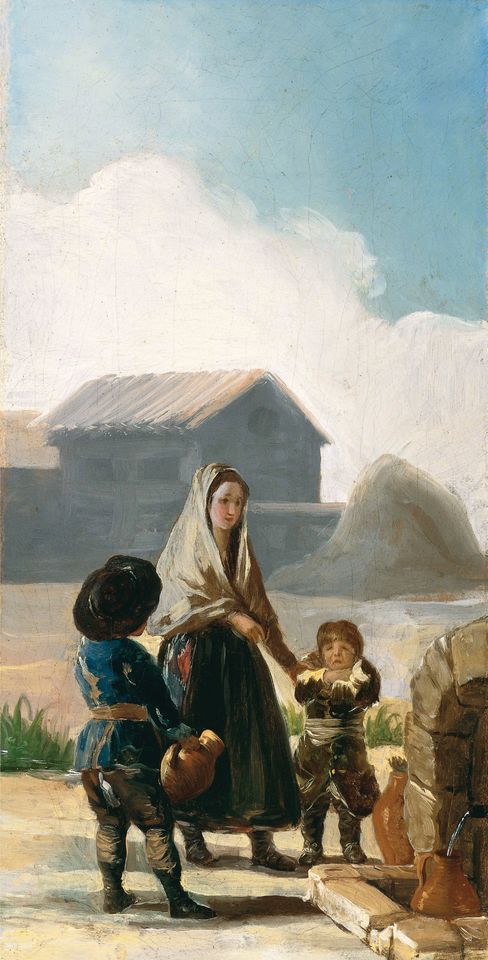 Disputed provenance also lies behind a small sketch by Goya of a Woman and Two Boys by a Fountain (1786-87). The work, estimated at £4m to £6m, has been consigned by Borja Thyssen Bornemisza, the adopted son of the late Baron Heinrich Thyssen-Bornemisza. It used to hang as part of the collection of his mother, Carmen Thyssen. In 2011, it emerged that Borja claimed ownership, and had even marched into the Thyssen museum in Madrid to ask for it back. Evidently, that legal wrangle has now been settled. In a blow to Christie’s, however, the drinks company Diageo pulled Edwin Landseer’s The Monarch of the Glen (around 1851) (est £8m) from the sale after reaching a deal with the National Galleries of Scotland, which is buying it for a discounted £4m. 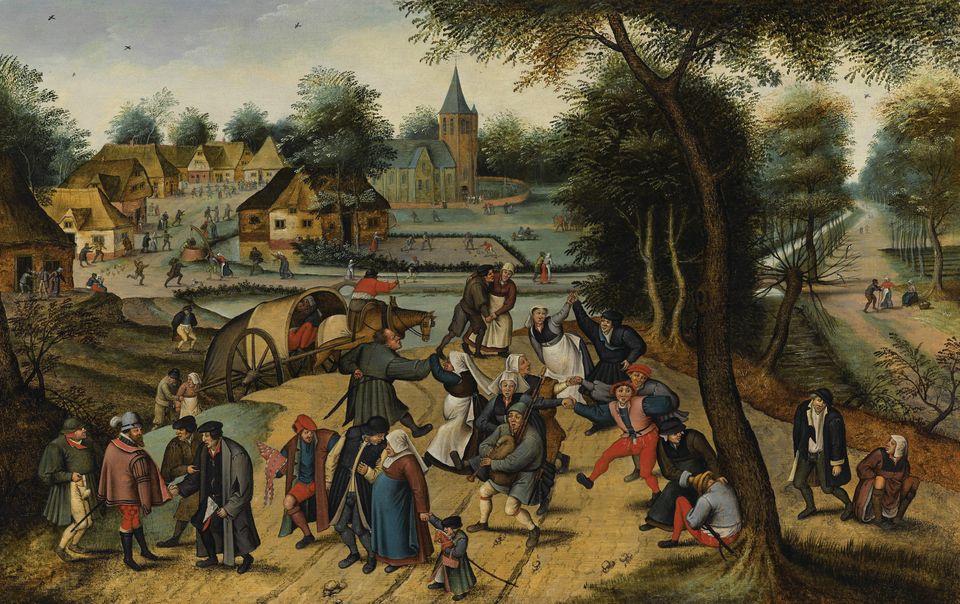 Pieter Brueghel the Younger, Return from the Kermesse, est £2m-£3m at Sotheby's

The top lot at Sotheby’s on 7 December is a work by Pieter Brueghel the Younger, Return from the Kermesse (date unknown), which has an estimate of £2m to £3m. It returns to the market only five years after selling for $4.6m at Sotheby’s New York. Normally, such a quick turnaround spells trouble for vendors, but the Brueghel market has remained positive in recent years. That said, the fall in the pound must be bad news for the consignor: to get back their $4.5m, the picture now has to fetch £3.66m. The equivalent figure in 2011 would have been £2.88m.

Sotheby’s other highlights include an unusual portrait of two boys by Titian and his assistants (1544), estimated at £1m-£1.5m, and a handsome portrait by Lorenzo Lotto (but formerly thought to be by Titian) of an unknown architect, which was painted in the 1540s and carries an enticing estimate of just £200,000 to £300,000.