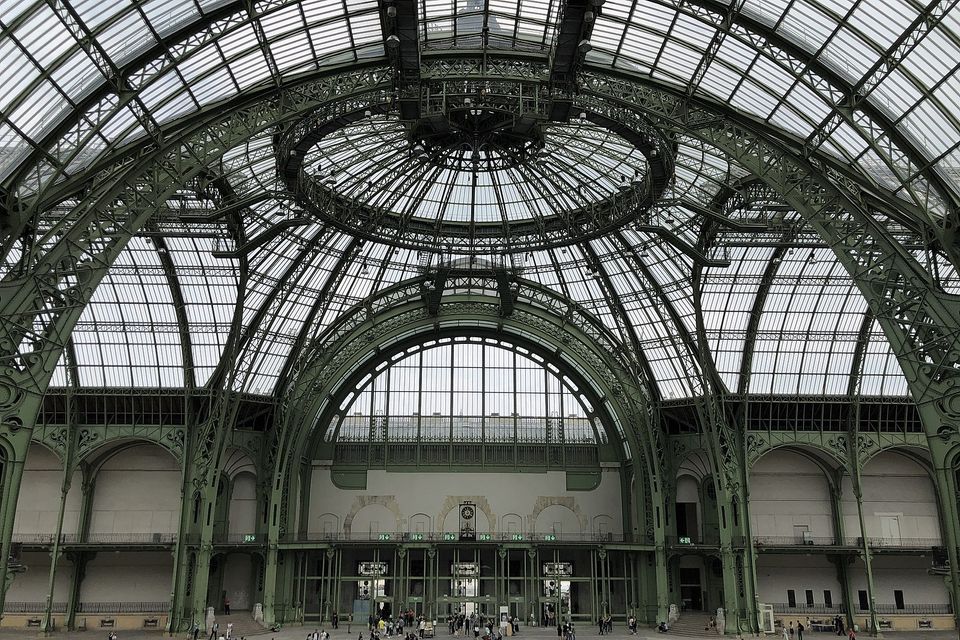 The long-awaited renovation of the Grand Palais in Paris—home to Paris Photo and FIAC—has been scaled back after the cost of refurbishing the historic venue mushroomed.

The Réunion des Musées Nationaux-Grand Palais (RMN-GP), the government cultural body that runs the building, says it has now stepped in to manage the project, citing “financial drift” and “slippage in the schedule” for completing the project in the wake of the Covid-19 pandemic. Concerns were also raised about completing the extensive renovation in time for the 2024 Olympic Games.

Under plans announced in February 2018, the French-Italian architects LAN (Local Architecture Network) would reconfigure the historic site. The masterplan promised a new entrance leading from Square Jean Perrin into the refurbished Palais de la Découverte, a science museum adjoining the Grand Palais. A new internal “pedestrian street” called the Rue des Palais was also part of the scheme, linking the different parts of the vast complex.

According to our sister newspaper, The Art Newspaper Daily in France, the cost of these plans amounted to more than €600m. The fashion brand Chanel was due to donate €25m while the RMN would also loan €150m. Under the new initiative, the restoration should come to around €466m, the initial budget for the overhaul.

In agreement with the Ministry of Culture, the RMN-Grand Palais will now opt for a “more sober restoration project, aimed at rediscovering the building and its original spaces. Destruction is reduced to a minimum, and the project no longer requires digging under the nave or in the listed wooded areas and protected green spaces located around the monument”. The chief architect of historic monuments, François Chatillon, will oversee the refurbishment of the historic exhibition and fair venue built in 1900 for World Fair.

“The nave and the surrounding galleries will have to be restored and brought up to standard by spring 2024 to host the Olympic and Paralympic Games. The entire monument, including the Palais de la Découverte, will be open to the public in spring 2025,” adds the RMN-GP statement.

While the Grand Palais is closed from 2021, its exhibition programme will continue in a new temporary space, Le Grand Palais Éphémère, in the Champ de Mars gardens near the Eiffel Tower. Earlier, this month, the organisers of Fiac announced that the fair, due to run at the Grand Palais from 22 to 25 October, had been cancelled; the 2020 iteration would have been its last in the Grand Palais for two years.