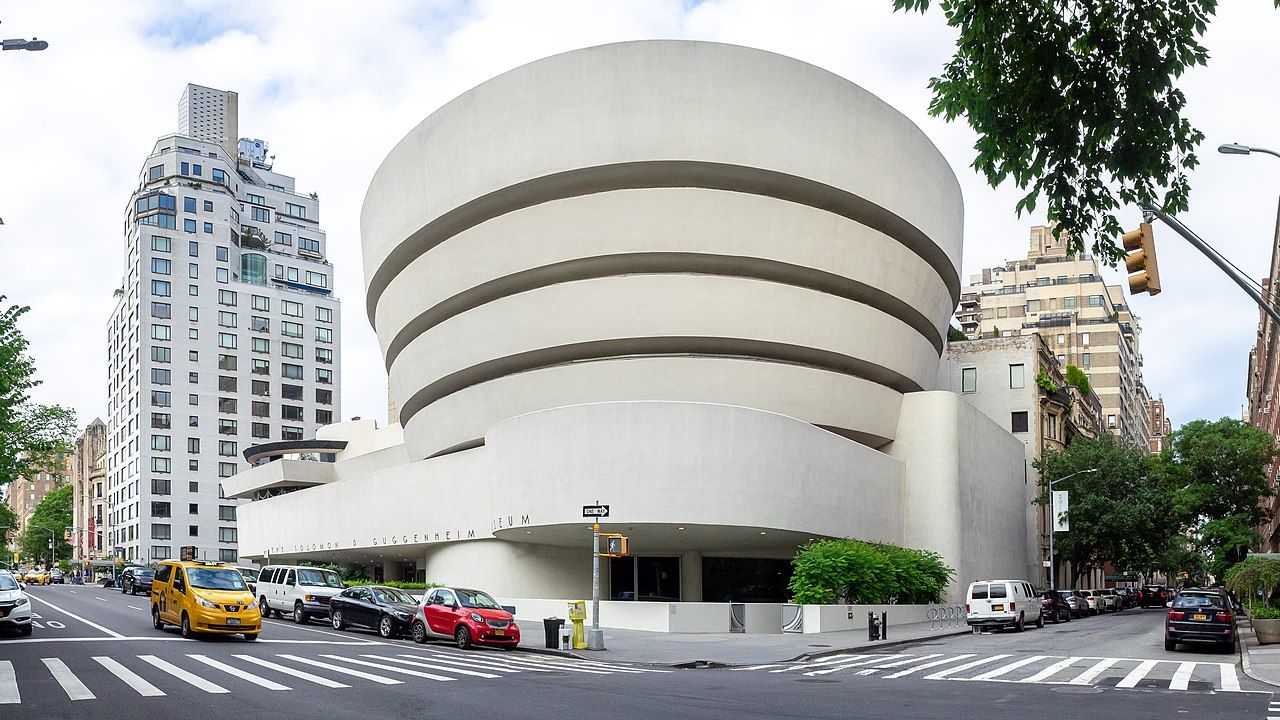 Facing pressure from its staff to embrace racial diversity, the Solomon R. Guggenheim Museum has unveiled a plan to adjust its recruitment and hiring practices, seek a more diverse board, acquire more works by minority artists and reach out to a wider audience.

The two-year plan, which the management shared with the museum’s staff today, also commits the Guggenheim to hiring a senior manager to act on those goals, expanding its internship programme to include more college students of colour, promoting job opportunities at black colleges and forming a cross-departmental committee that advances an anti-racism conversation within the museum. The museum says that 25% of its 547 employees are people of colour.

The effort follows the submission of a letter to the Guggenheim’s leadership in late June signed by “The Curatorial Department” that accused the museum of fostering a work environment that enabled “racism, white supremacy and other discriminatory practices” and demanded urgent reforms. A subsequent letter to the museum’s board of trustees signed by 220 current and former employees urged it “to work with us to dismantle the systemic racism in our institution.”

In response to the outcry, the museum hired a lawyer to investigate the handling of a 2019 exhibition about the artist Jean-Michel Basquiat whose guest curator had said her treatment by the museum “was the most racist professional experience of my life”. The inquiry is said to be continuing.

The unveiling of the new diversity plan, which comes amid nationwide protests against racial injustice, was first reported today by The New York Times. A museum spokeswoman, Sarah Eaton, describes its drafting as “a staff-led initiative” with strong support from the museum’s director, Richard Armstrong; senior leaders; and the board of trustees. The nine-member committee writing the report included six people of colour, she says, of whom four identified as black.

Eaton says work on the plan began officially in 2019 but that the concerted drafting effort began in earnest in June, with each department at the Guggenheim then providing feedback. Board members ultimately endorsed the final version of the plan, she adds.

Titled the Diversity, Equity, Access and Inclusion (DEAI) Action Plan, it states: “We, the staff and leadership of the Guggenheim are dedicating ourselves to creating paths that lead to more inclusive and diverse institution. We must not only diversify our team, but also amplify the voices of Black people, Indigenous people and people of colour and broaden the scope of thought and perspectives within our museum.”

In an email today to what the museum described as “key external stakeholders”, Armstrong described the plan as “the beginning of an important cultural shift”. “We recognise that growth can occur via grand gestures and radical shifts,” he wrote, “but more often it takes place through consistent changes in the everyday performance of tasks and behaviours grounded in new norms.”

The plan calls for antiracism training for all staff to begin this fall while the museum strengthens its policies on the reporting and resolution of staff complaints about discrimination or bias.

It also notes that while some strides have been made since the 2010s in expanding the Guggenheim’s holdings of works by international artists of colour, “certain limitations in terms of marginalised nationalities, ethnicities, sexualities and gender identities have persisted”– reflected, for example, in a lack of commitment to artists from East, West, Central and Southern Africa.

It says that the museum owns just six works dating from before 1980 by Black artists who worked primarily in the US and Europe, and that four of those had been purchased since 2017. Of 50 solo shows organised since 2010, it adds, three featured Latin American artists, none featured Latinx artists, and four featured Black artists. “Within the iconic space of the rotunda, the museum has never held a solo exhibition of a Black artist, a female artist of colour, and Indigenous artist or a trans-identified artist,” the report says. The plan aims to rectify that by acquiring works by Black, Latinx and Indigenous artists.

The plan also notes a need to diversify the Guggenheim’s audience, pointing out that a 2018 study found that 73% of its visitors were white, whereas only 42.6% of New York City’s residents were white.

The Guggenheim proposes to “deepen engagement with diverse communities” throughout the city by expanding its partnership with the City University of New York, building relationships with students, parents and teachers in all five boroughs, continuing to offer free school tours and analysing a possible expansion of “pay what you wish” hours beyond Saturday.

The museum, which has been closed since mid-March, has not yet said when it will welcome back visitors. The state announced on Friday that New York City museums could reopen on 24 August.

Like other museums across the city, the Guggenheim is struggling from the loss of income from admissions, retail sales and event rentals, and it has projected a $15m deficit for this year. In April it furloughed 92 employees.