Appointment of MCA, Chicago curator is seen as a step toward more inclusiveness after accusations of institutional racism 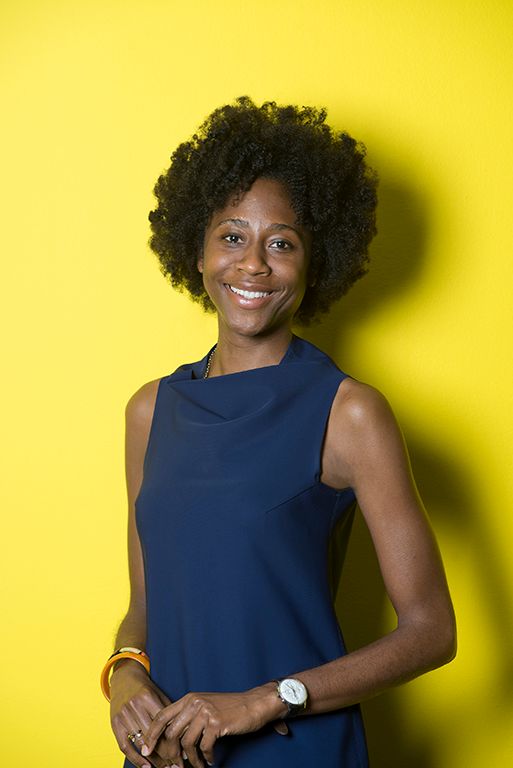 Naomi Beckwith, who will take over as deputy director and chief curator at the Solomon R. Guggenheim Museum in June Nathan Keay © MCA Chicago

Three months after the resignation of Nancy Spector as chief curator, the Solomon R. Guggenheim Museum has announced the appointment of her replacement: Naomi Beckwith, a senior curator at the Museum of Contemporary Art (MCA), Chicago who will also become the Guggenheim’s deputy director. It said that she will play an important role “in shaping the museum’s vision”.

That the Guggenheim has chosen a Black curator for the influential posts is striking, given the accusations of institutional racism it has faced over the past year from current and former staff members. Spector herself faced allegations of racism for her treatment of a Black guest curator who organised a 2019 Jean-Michel Basquiat exhibition, although an independent inquiry by the Guggenheim eventually found “no evidence’’ that that curator, Chaédria LaBouvier, was subjected to “adverse treatment on the basis of her race”. Spector stepped down as chief curator and artistic director in October.

The museum is meanwhile under pressure to address a lack of diversity in staff, acquire more works by minority artists and reach out to a wider audience. The Guggenheim says Beckwith will “provide an overarching intellectual vision for museum programming to be shared with diverse audiences” and “in alignment with the museum’s objectives of increased accessibility and inclusion”.

“With her highly regarded accomplishments, scholarship that contributes to building a revised canon of art history, and creative projects that connect artists of today with growing audiences, Naomi Beckwith will be a catalytic leader for our outstanding curatorial team,” Richard Armstrong, director of the Guggenheim Museum and Foundation, says in a statement, adding: “Her expertise will be invaluable in advancing and amplifying an inclusive range of perspectives within the Guggenheim collection and culture.”

Beckwith takes over as deputy director and senior curator in June. She has held curatorial positions at the MCA since 2011 and became a senior curator there in 2018, overseeing exhibitions and publications that delved into the impact of identity and explored multidisciplinary practices in contemporary art. The Guggenheim cites her role in such exhibitions as Howardena Pindell: What Remains to Be Seen from 2018, The Freedom Principle: Experiments in Art and Music, 1965 from 2015 and Homebodies from 2013 as well as solo shows on a range of artists and a project with Yinka Shonibare. She was previously associate curator at the Studio Museum in Harlem.

“One cannot overstate the iconicity and consequence of the Guggenheim Museum—yet, refusing to rest on its laurels, it readily presents projects that disrupt art history’s mythologies,” Beckwith says in a statement. “I’m excited to join the Guggenheim and its passionate team at a pivotal moment. I look forward to merging our shared goals of expanding the story of art, and also working to shape a new reality for arts and culture.”

She holds degrees from Northwestern University and the Courtauld Institute of Art.

In August the Guggenheim unveiled a two-year plan to improve its recruitment and hiring practices, seek a more diverse board of trustees, acquire more works by minority artists and connect with a broader audience. Among its other commitments were hiring a senior manager to act on those goals, expanding its internship programme to include more students of colour and starting an anti-racism conversation within the museum across departments. The museum said then that 25% of its 547 employees were people of colour.