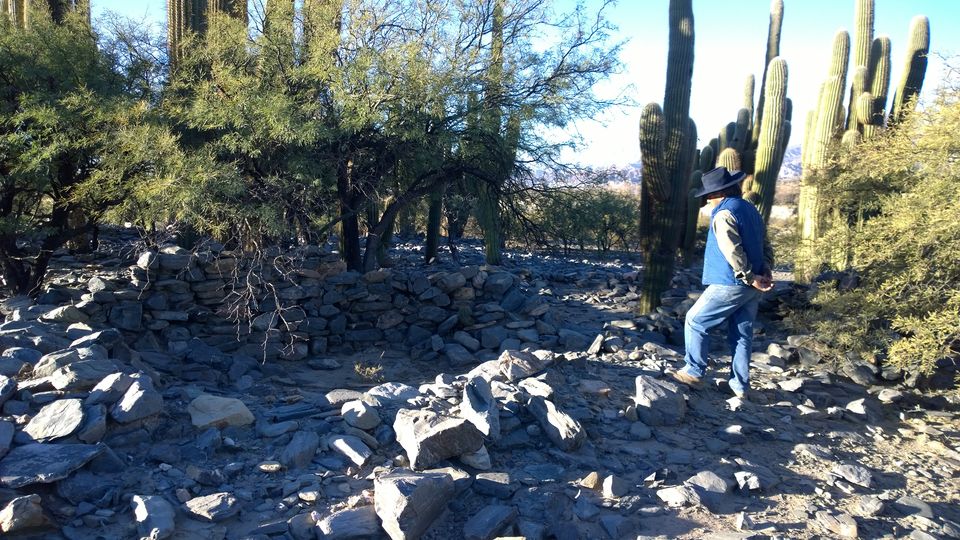 Archaeologists working in northwest Argentina have discovered an unknown Inca settlement thanks to the help of a local high schooler. According to new research published in the journal Archaeological Prospection, the previously unrecorded site, called Cerro Quemado (Burned Mountain), comprises various Inca ruins, and stands at the southern frontier of their empire. Given the site’s location, this new discovery could help scholars to fill gaps in our knowledge about the Incas’ expansion from 1400 to 1532 AD.

The discovery was made after members of the Yocavil Archaeological Project held a workshop at a school in the town of Casa de Piedra, centred on adding local knowledge to maps. The workshop included a field trip to a nearby hilltop, where students were asked to mark places they knew onto satellite images. One high school student, Luis M., showed particular interest in the activity. “Luis pointed out with his finger a place on the horizon asking ‘Did you go there? You must go, there are many Indians’ houses’—a common local expression for archaeological structures,” according to Alina Álvarez Larrain of the National Autonomous University of Mexico, and Catriel Greco of Argentina’s National Scientific and Technical Research Council (CONICET), who co-authored a research paper on the find, along with Myriam Tarragó of CONICET.

Intrigued, the team visited the site a few days later. “Arriving at the place, we were surprised when we noticed that this site presented a clear Inca settlement,” Álvarez Larrain and Greco say. The archaeologists mapped the site using drones, creating 3D models through photogrammetry, and identified the remains of its various structures, including buildings with domestic, administrative, and ceremonial functions, including kitchens and warehouses, and areas that may have been corrals for llamas or fields for crops. They also noted that the site stands close to one of the main routes of the Inca Road, the 23,000km system that connected the far-flung regions of the empire’s territory. 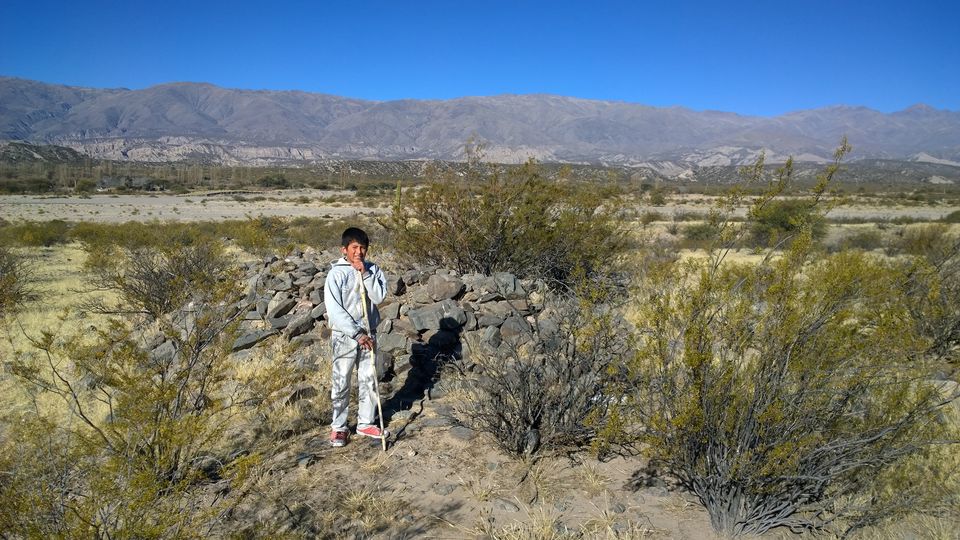 Luis M, the student who led archaeologists to the Cerro Quemado site, standing in the remains of an ushnu, or ceremonial platform used for ritual and political events Photo: Catriel Greco

Most importantly, they found the remains of a ceremonial platform used for ritual and political events. “The presence of a public plaza with an ushnu (ceremonial platform) is a characteristic feature of Inca settlements outside Cuzco [the capital of the Inca Empire in Peru], representing the authority of the Inca and the importance that this place had in the control of this southern territory,” Álvarez Larrain and Greco say.

The team’s next step is to better understand Cerro Quemado’s arrangement and function, and to investigate how the settlement fits with other evidence for Inca expansion and activity in the area. This is particularly important as the site stands at the southern frontier of the Inca Empire, which at its greatest extent, stretched from Ecuador, all the way south to Chile and Argentina—around 4,000km.

“We believe that Cerro Quemado can indicate a more direct control of this region than expected,” Álvarez Larrain and Greco say. To the Inca, construction was a symbolic act that displayed their control over a territory, so the existence of Cerro Quemado could show that their presence in northwest Argentina was greater than previously thought.

“What motivated the Incas to come to this distant place?”, Álvarez Larrain and Greco say. “Was the interest of conquering these territories based on the extraction of wealth resources (such as the raw materials for metal production), or was it related to the appropriation of significant and symbolic places of the magnificent southern Andes (such as snow-capped mountain peaks)? What was the degree of cooperation or resistance manifested by the local population? These are some of the questions that we must continue to inquire about.”