Painted while Grosz was living in exile, the work has remained in the family since 1944 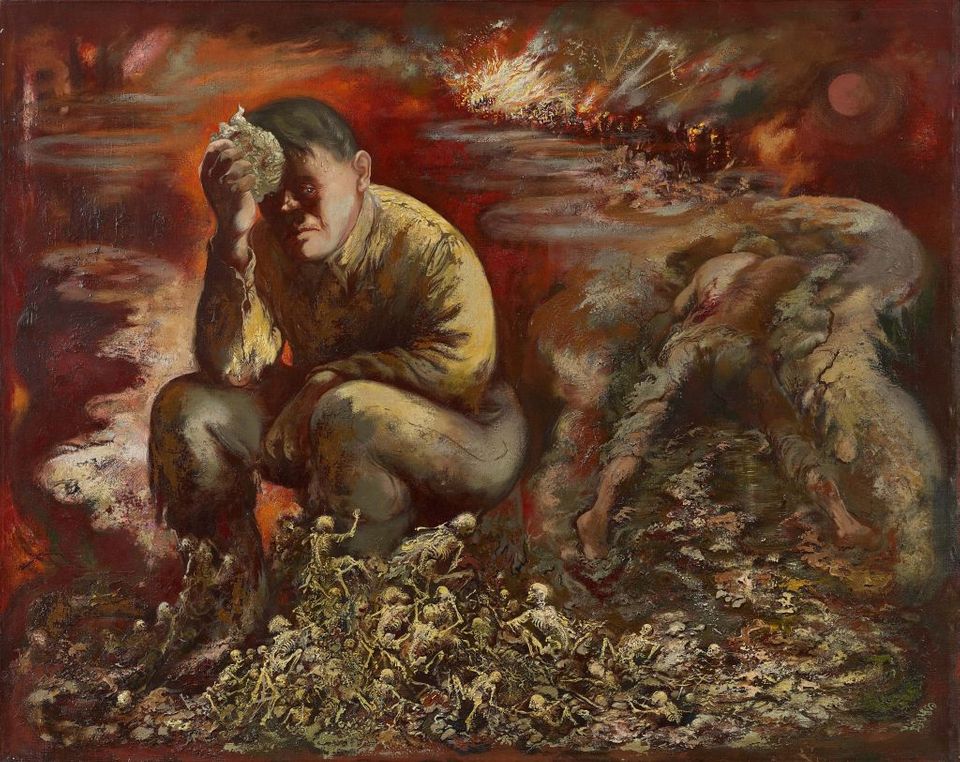 The German Historical Museum in Berlin says it has acquired Cain or Hitler in Hell, an important painting by George Grosz dating from 1944, when the artist was living in exile in the U.S.

Grosz himself described it as a portrayal of Adolf “Hitler as a Fascist monster, or an apocalyptic beast.” He is compared with Cain, the son of Adam and Eve and the first murderer in human history, according to biblical tradition.

Grosz left Germany shortly before Hitler seized power. Labelled “Cultural Bolshevist Number One” by the Nazis, the artist became an American citizen in 1938 after he was stripped of his German citizenship. Cain or Hitler in Hell has remained in his family’s ownership since Grosz painted it, the museum says. It will now be displayed in the museum’s permanent exhibition.

The painting was acquired with funding from the States’ Cultural Foundation and the German government, according to a statement from the German Historical Museum.