End in sight for legal battle over Robert Indiana's legacy

After two-and-a-half years and $8m in legal costs, an agreement between the artist's estate and his long-time representative is on the table 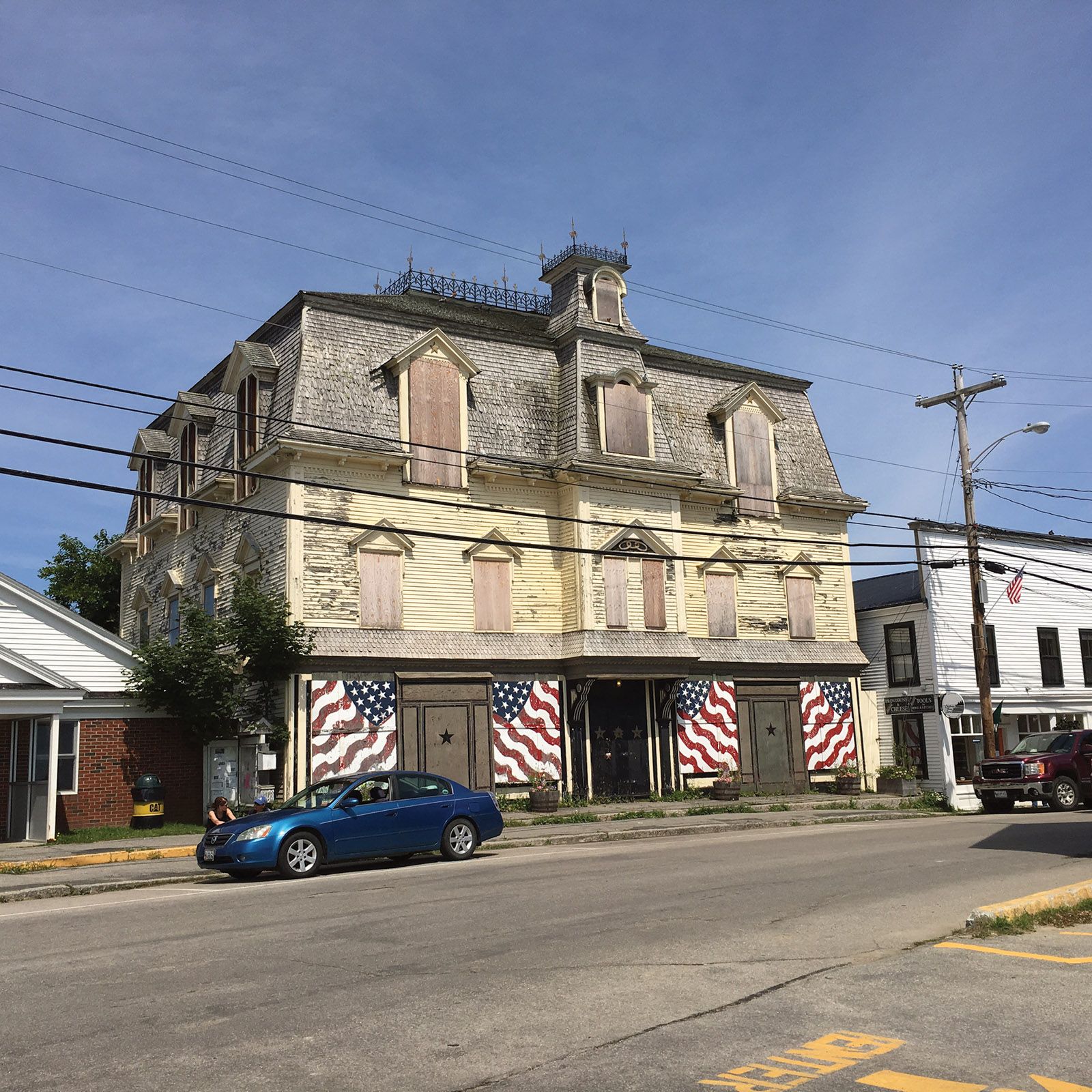 The former Odd Fellows hall, on the island of Vinalhaven, is where Indiana lived since 1978 Ali Barrionuevo, courtesy of Maine Preservation

The legal battle over Robert Indiana’s artistic legacy has been one of the most convoluted and contentious in recent art history. But, after two-and-a-half years and as much as $8m in legal fees, a settlement between the artist's estate and his long-time representative is finally on the table.

According to a letter filed in court on 5 November by the lawyer representing James Brannan, the executor of Indiana’s estate, Brannan and the Morgan Art Foundation (MAF) “have signed a confidential term sheet setting forth the anticipated terms of a settlement agreement among them”. Both parties requested—and have been granted—60 days to thrash out the deal. Court proceedings have therefore been halted until 6 January 2021.

Brannan tells The Art Newspaper: “I think this is a great deal for the Star of Hope Foundation [established by the artist before he died] and Bob’s legacy.”

The only remaining legal claims will then be between MAF and Michael McKenzie, the founder of the New York-based publishing firm American Image Art, who has contested the foundation’s rights to reproduce Indiana’s works. McKenzie could not be immediately reached for comment, but his lawyer tells the Portland Press Herald: “Mike Mckenzie applauds any settlement that leaves more money for the Star of Hope and Vinalhaven and the surrounding area, rather than spending it on lawyers. That’s why he’s trying to settle and enforce the settlement agreement we already made with the estate.” Proceedings in McKenzie's dispute with MAF have also been postponed until 6 January.

In addition to the probable legal settlements, a clear path for the management of artist’s estate is beginning to emerge. The Star of Hope Foundation, named after the rambling former Odd Fellows hall on the remote island of Vinalhaven off the coast of Maine, where Indiana lived since 1978, has recently embarked on a two-pronged mission. The first phase has been to save and repair the dilapidated building; the second is to establish how to preserve and exhibit Indiana’s art and assets—worth an estimated $90m.

In Indiana’s will, he proposed that his home be turned into a museum to show his work, although according to a survey carried out by the Star of Hope Foundation, only 48% of local residents favour that idea. “I’m not sure we have found the ideal scenario yet,” says Larry Sterrs, the foundation’s chairman. “Some people really like the idea of a museum, but there are others who are concerned that, if not managed properly, it could tax the infrastructure of the island.” Other suggestions are to turn the building into a centre for arts education (63% of residents are in favour) or a temporary home and studio for visiting artists (45% back this plan). Full renovation is expected to start in the spring.

Crucially, while Indiana’s four properties on Vinalhaven were distributed to the Star of Hope Foundation last year, his art and assets still remain under Brannan's control. 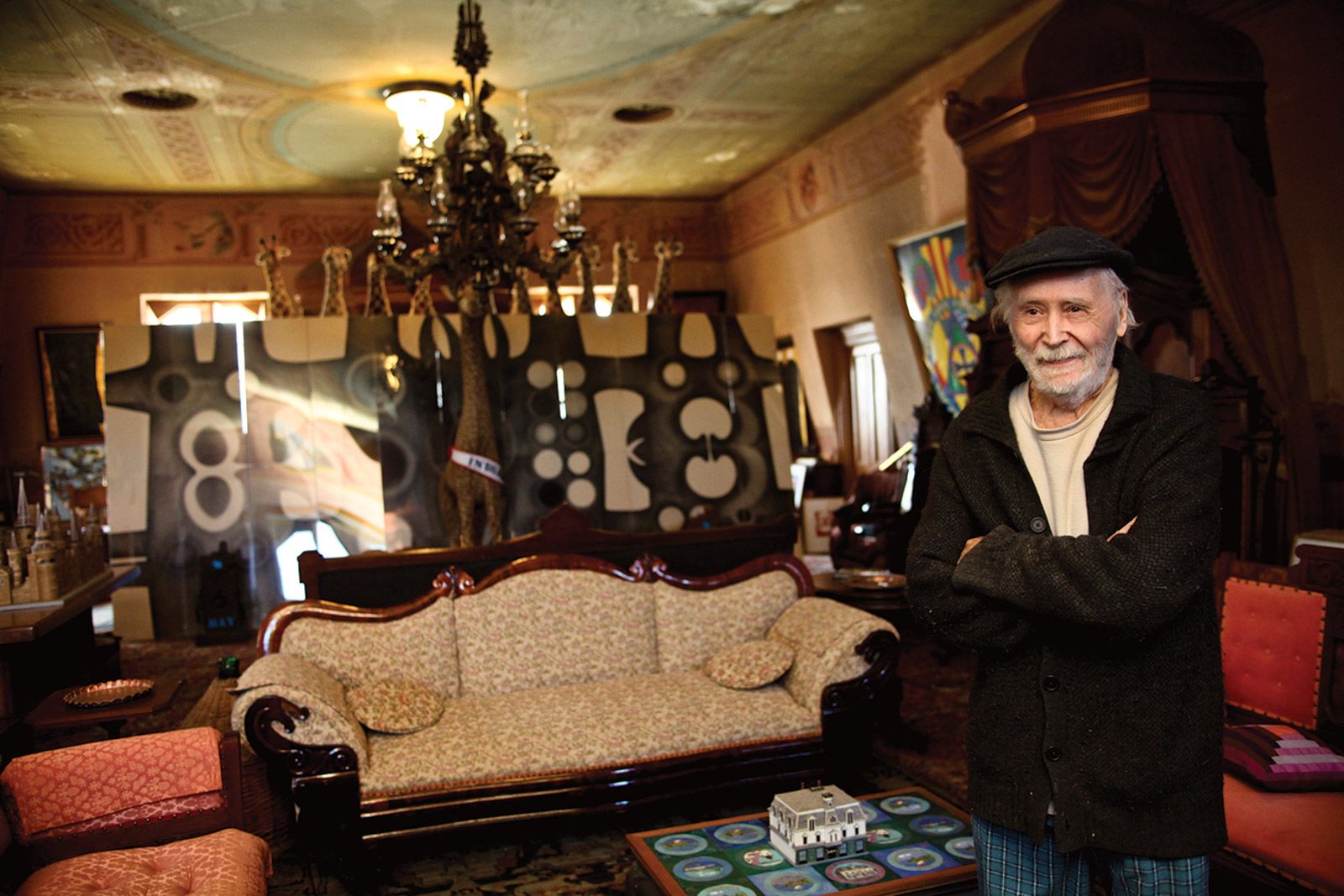 Brannan, who helped establish the Star of Hope Foundation along with Indiana and Indiana’s caretaker, Jamie Thomas, has been embroiled in a lawsuit with the Morgan Art Foundation (MAF), which for decades fabricated and sold Indiana’s work. Brannan accuses MAF of breaching their contract by failing to pay royalties and accounts to Indiana, which MAF denies.

In September, MAF and the Star of Hope—which has not been party to any litigation—reached a deal to work together to settle the estate. The terms of the deal are confidential, but, according to MAF’s lawyer, Luke Nikas, it “resolves every single issue regarding Indiana’s assets”. Most importantly, the agreement is seeking to have all pending lawsuits and counterclaims related to the estate dismissed.

Until now, Brannan has refused to settle his lawsuit against MAF, although he told The Art Newspaper in October, before the proposed settlement, that he has “always been willing to resolve the estate’s claims against all parties on terms that are fair and appropriate, and consistent with Robert Indiana’s testamentary wishes”.

However, according to Brannan, the Star of Hope reached an agreement with MAF “without the knowledge or involvement” of the estate. He says there are “a number of material deficiencies in that agreement” and is communicating with Star of Hope about them. “If the deficiencies are cured to my satisfaction, and I believe the revised terms are a fair and reasonable basis for resolving the lawsuit, I will gladly settle the case against the Morgan/Salama-Caro parties,” Brannan said in October.

Sterrs says the Star of Hope Foundation’s goal is for all litigation to end. “It’s been going on long enough. As this drags on, the only thing that is going to happen is the assets that would be coming to the foundation are being depleted,” he says.

According to legal papers, Brannan is alleged to have sold an unknown number of Indiana’s works to fund his legal case. One work, LOVE WALL, is cited in legal papers as having been due to be auctioned at Christie’s New York last month, but Brannan changed his mind. “I considered selling the work earlier this year, and I told that to the Star of Hope at the time. They did not object,” he says.

Last month, the Star of Hope Foundation filed for supervision of Indiana’s art with the probate court in Maine, which the estate agreed to. “It means that the foundation will be consulted and will have to jointly approve the sale of any art going forward. If we don’t agree, then the court will decide,” Sterrs says.

The foundation is now embarking on its own appraisal of Indiana’s work to “ascertain its financial value as well as its curatorial worth”, according to Sterrs. One of the foundation’s plans is to loan Indiana’s works to other museums and institutions. “I’m looking forward to our organisation being able to collaborate with other art organisations in Maine and throughout the US, and even internationally,” Sterrs says.

As for Sterrs, he plans to remain in post at the head of the Star of Hope Foundation “until the goals that I set are met”, adding: “we still have a few of those left to go.” Before he leaves, he intends to swell the ranks of the board, which currently includes Patricia King, an art historian and former deputy director at the Colby Museum of Art in Maine, and Kris Davidson, a seventh generation Vinalhaven resident. “I want to leave it in the best hands possible,” Sterrs says.