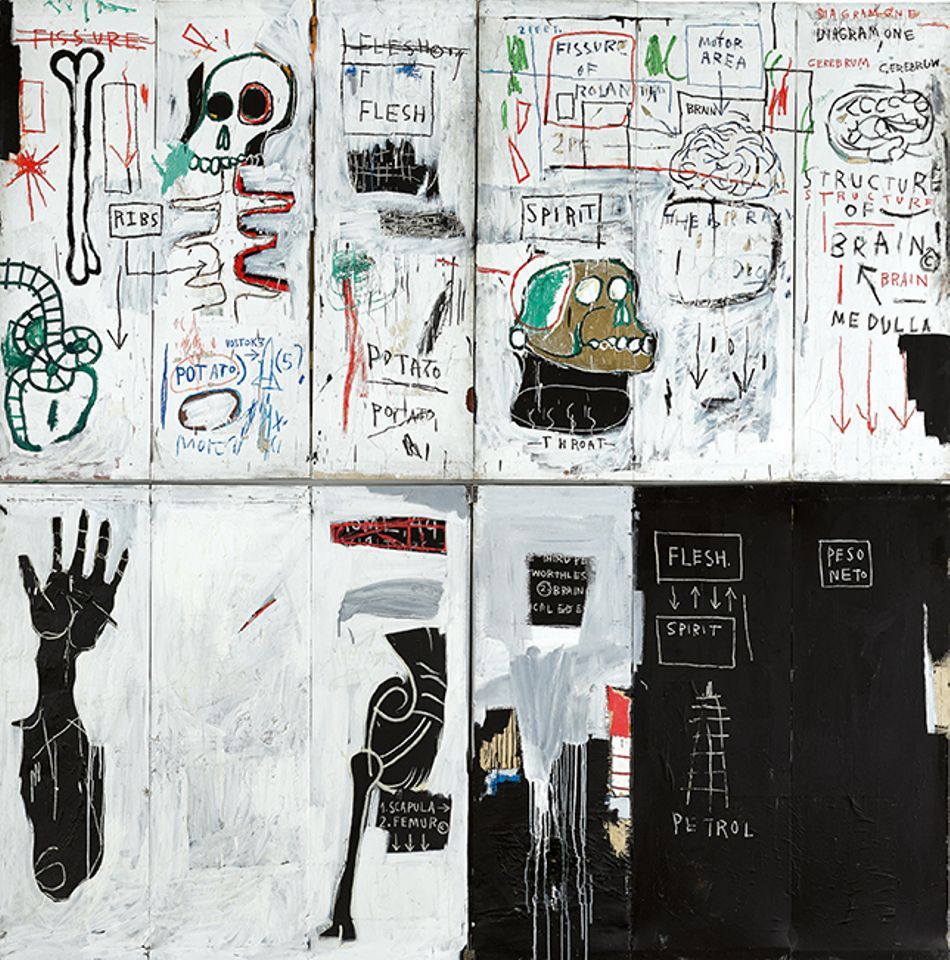 A fierce family war has blow up over the sale of Jean-Michel Basquiat’s Flesh and Spirit (1982-83), a large scale oil painting on wood that sold for $30.7m at Sotheby's last month. This week, the work's consigner, Belinda Neumann-Donnelly, sued her father, Hubert Neumann, for attempting to halt the auction, which Neumann-Donnelly argues depreciated the work’s final sale price.

In her suit filed on Thursday (7 June) in New York Supreme Court, Neumann-Donnelly says that the work could have fetched as much as $45m had her father not muddied the sale at Sotheby's. The following evening, Phillips New York sold a comparable work by Jean-Michel Basquiat, called Flexible (1984), for $45.3m. Neumann-Donnelly is asking for $100m in her lawsuit.

Hubert Neumann says that the entire dispute “stems from the fact Belinda went behind my back to sell very valuable [Basquiat work] that was owned by my deceased wife”, and that he initially heard about the sale through Bloomberg News.

Neumann-Donnelly’s mother, Dolores Neumann, who died in September 2016, bought the painting directly from the artist in 1983 and, according to the complaint, left her estate to Neumann-Donnelly after writing Neumann out of her will.

The art lawsuit is just one part of a complicated legal battle between the family. Neumann-Donnelly and her husband, plus their two children, reside in the same five-storey brownstone on the Upper West Side as Hubert Neumann. They filed a temporary restraining order against Neumann on 29 May when Hubert, following a heated confrontation, attempted to evict his daughter and her family without reason, according to court papers.