'I'm gearing up for a conversation with my landlord': Small US galleries prepare for the first wave of coronavirus losses

Considering staff furloughs and calling for state and city governments to expand small business grants, dealers are bracing themselves for significant financial downturn amid Covid-19 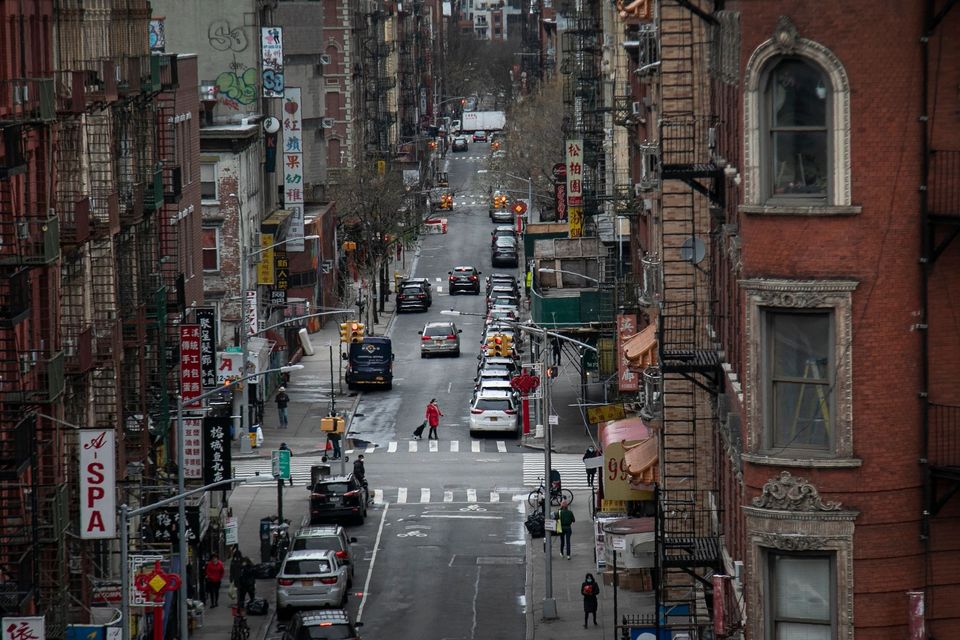 New York's Lower East Side has emptied out as small businesses—including galleries—close for the foreseeable future. Wong Maye-E/AP/Shutterstock

Many US dealers running small and mid-sized galleries, already with little to no financial margins, are scrambling to figure out how to how to survive the hit to their business that the coronavirus (Covid-19) epidemic is causing.

“I’m gearing up for a conversation with my landlord,” says dealer Cristin Tierney who operates an eponymous gallery on New York's Lower East Side. She expects to be eligible for a grant program, announced 8 March by the City of New York, to help businesses with fewer than four employees make payroll. If they can demonstrate a 25% drop in revenue over two months compared to the same period from 2019, they can receive a grant covering up to 40% of payroll for two months, up to $27,000.

The New Art Dealers Alliance (Nada), a membership organisation of US art galleries, launched a Change.org petition on Thursday, calling on the mayor to expand these programs, saying that the stringent requirements “leave too many small businesses ineligible for assistance” because, for example, small galleries’ income is not always as regular as that of other businesses. They are seeking measures like emergency medical insurance for all and a freeze on mortgage payments. At time of writing, the petition had more than 1,500 supporters.

Meanwhile, at the federal level, the Internal Revenue Service (IRS) has granted businesses and individuals a 90-day extension to pay up to $1m in 2019 taxes, corporate filers up to $10m, free of penalties and interest.

Kerry Inman of Inman Gallery, in Houston, Texas, is grateful that she worked one major art fair before the wave of closures and postponements.

“We were lucky that the virus was just starting in New York during the Armory Show (held 5-8 March) and we did well there, so we have a lot of follow up which we hope will turn into sales,” she says. “But we do not have a cushion of cash to tide us over until things get better.”

Her numerous insurance policies, however, will not be of much help, because policies that cover interruption of business are too costly, Inman says. Instead, she plans to ask her landlord to accept 50% rent for the next two months and is looking into a loan from the Small Business Administration, a government agency, but also investigating the possibility of placing her five employees on furlough, an arrangement by which they would be paid less, work reduced hours and possibly be eligible to collect unemployment insurance.

Gallery staffers and many typically unseen workers, such as art handlers, are similarly struggling as they lose income as gallery owners are faced with tough financial decisions like Inman’s.

Art Handler Magazine, with more than 60,000 Instagram followers, polled art workers and posted the results: “Will you lose more than 50% of your income in the next two weeks due to Covid-related work changes?” Seventy-eight percent responded yes.

“Is your employer offering any paid leave?” Seventy-two percent responded no.

Last week the New York-based community organisation Artists Literacies Institute started a public Google spreadsheet for arts workers to log their lost income. More than $2m was reported within a matter of four days. The spreadsheet now features a second tab of more than 40 relief funds for artists and cultural labourers and numerous other organisations have started compiling resources for those losing work.

Others in the trade are attempting to look at the bright side, namely that galleries are still in a better place than many other small businesses and their staffs since they have at least some access to revenue.

“We’re in uncertainty but not immediate need,” says Chicago dealer Marianne Ibrahim, who is fresh off of two fairs, Arco Madrid and the Armory Show, as well as a successful gallery exhibition. “I’m thinking about [small] businesses like nail salons. You can’t sell manicures online.”

“We’re getting ready,” she says of her preparations for further economic downturn while trying to remain cheerful. “We are all going to be fine… But talk to me in two weeks. I may be just convincing myself.”