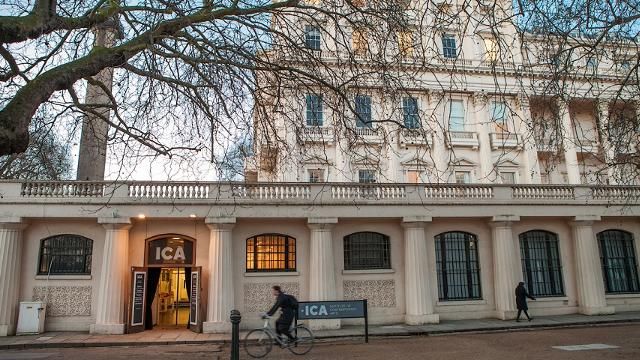 The Institute of Contemporary Arts in London (ICA), which has been closed since mid March in the wake of the coronavirus crisis, will now re-open “within the first quarter of 2021”, says a spokesman.

The decision was taken “after carefully considering the scientific data, shifting government guidelines, and the operational and financial implications of reopening during an incredibly uncertain environment”, he adds. The ICA, founded in 1946, was recently awarded a grant of £789,000 from the UK government’s £1.57bn Culture Recovery Fund.

The ICA spokesman says: “As a multi-disciplinary space that depends on ticket sales and raised income for 80% of its revenue, the ICA has a different business model to organisations that are first and foremost galleries. With two cinemas and a large live music and performance space, the ICA is operationally more akin to cinemas, theatres, and gig venues.” Extra online offerings include Cinema 3, a new platform for streaming films and live events.

All existing and new members of the ICA are given free access to Cinema 3. Membership is tiered, ranging from Blue concessionary membership to the Red level (£20 monthly or £240 annually). “Cinema 3 will further platform a new dedicated programme for ICA Red Members,” the spokesman says. Membership will not be extended however due to the eight-month closure.

“We believe that membership is a function of support rather than just one of exchange. Consistent renewal rates throughout this period suggest that this is a sentiment shared by our members and attests to the value placed on a more tangible contribution by our audience, participants and supporters,” the spokesman adds.

An exhibition at the ICA curated by the advocacy group Tottenham Rights is now due to launch in spring 2021. The spokesman says that the exhibition “was due to open earlier this year, then November before the second lockdown was imposed. Now it will open towards end of the first quarter of 2021.”

A statement adds: “This exhibition shines a light on the actions, processes and culture of policing in Britain since the 1950s. Acting as a window to the past and a mirror for our present-day social climate, the exhibition showcases the range of community work and activism undertaken by Tottenham Rights, previously Broadwater Farm Defence Campaign, since the early 1980s.”

The show will mark ten years since the UK riots of 2011 when people took to the streets in towns and cities across England. Crucially, the exhibition features an investigation by the Turner Prize-nominated art and research group Forensic Architecture into the police shooting of Mark Duggan in Tottenham, the event that sparked the civil unrest.