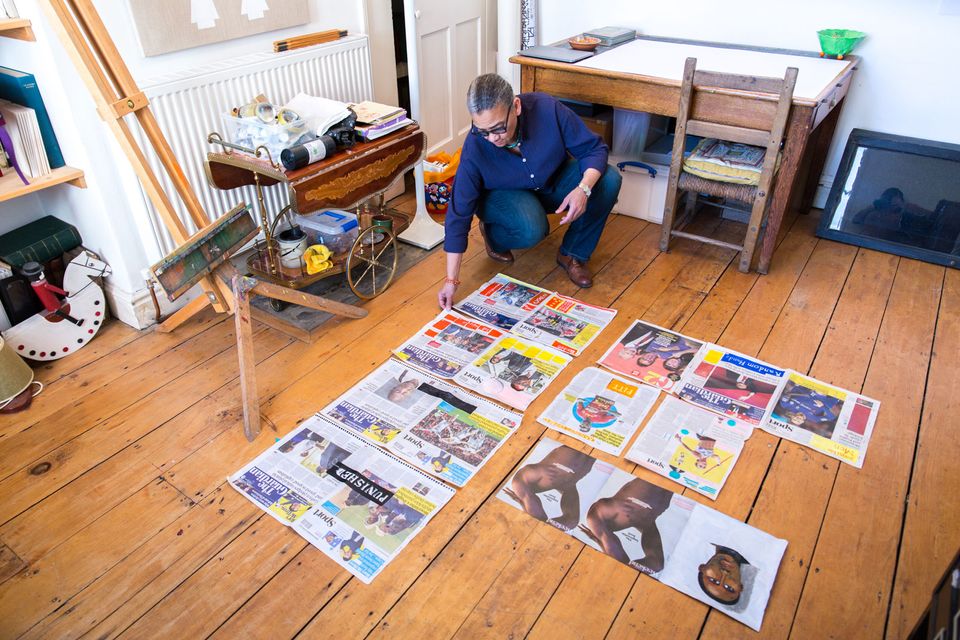 The way black people are represented—or misrepresented—on the pages of the Guardian newspaper has long been a subject of Lubaina Himid’s work.

And now, for a commission by Liverpool’s Rapid Response Unit, the Turner Prize-winning artist has been into the newsroom of the famously liberal newspaper to understand how its editorial decisions are made.

The resulting exhibition, Random Coincidence, on show at Liverpool Central Library (until 7 December), is the outcome of both this week-long residency and 35 years of work.

Himid’s engagement with this topic began in 1983 when she bought a copy of the Guardian every day for a year. In that time, only one black person, a Zimbabwean politician, was photographed on its pages.

She repeated the exercise between 2006 and 2016, collecting the newspapers again, but this time, upon finding an image or advertisement featuring a black person, she painted over and elevated them, for example, by giving the footballer Paul Ince a crown.

“I didn’t have time to keep up with it because since I won the Turner Prize I have been a lot busier; I have big shows coming up,” Himid says. “But what I had said all along was, ‘If only I could speak to [the Guardian editors], it might make a difference,’ so it would have seemed folly not to do this.” 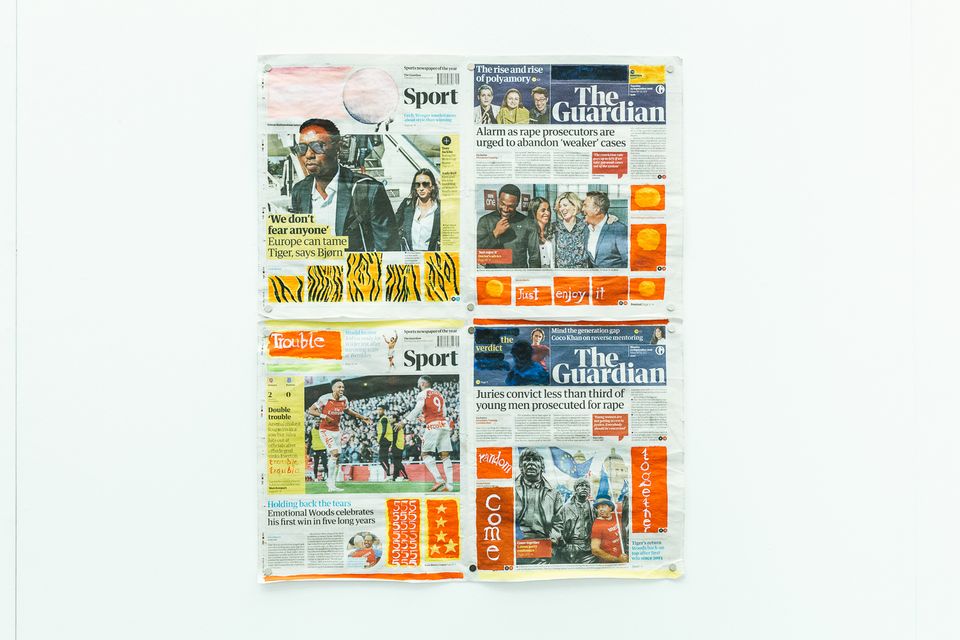 The residency gave Himid supervised access to the newspaper’s offices and editorial meetings. Himid’s main objections include the way images of black men have been cropped, how headlines contain wild-animal metaphors to describe black sportspeople and advertisements that are placed in a way that alters the tone of the page. She says that overall, these “coincidences” give a general impression of sadness, loss and otherness.

In the week that Himid spent with the editorial staff, many reported feeling horrified by what she pointed out. But she also experienced a lot of “polite emphatic objection”, manifesting itself as an acceptance of her observations but brushing them aside with the phrase “random coincidence”.

As a lifelong reader of the newspaper, Himid is keen to stress her support for the publication. She describes how the residency shed light on the time pressures of news writing and the lack of control that individual journalists have on an article’s final look.

Himid’s main bugbear, however, is that when the newspaper is held open, the front page and the back page, which often features sports articles, appear side by side. This can create negative correlations, for example when a story about the footballer Paul Pogba was juxtaposed with another about the convicted sex offender Bill Cosby.

When she comes back to the project next year, Himid will focus on biographies, looking at how figures such as Barack Obama have been depicted in the Guardian over the years. The next stage of the project will focus more on elevating her subjects through painting, she says. “I don’t feel that I’d really get anywhere by trying to paint the argument, which is what I’ve done [previously]; with this new series I need to paint the person back into dignity,” she concludes.

A short documentary on the residency will be published on the Guardian’s website this week.