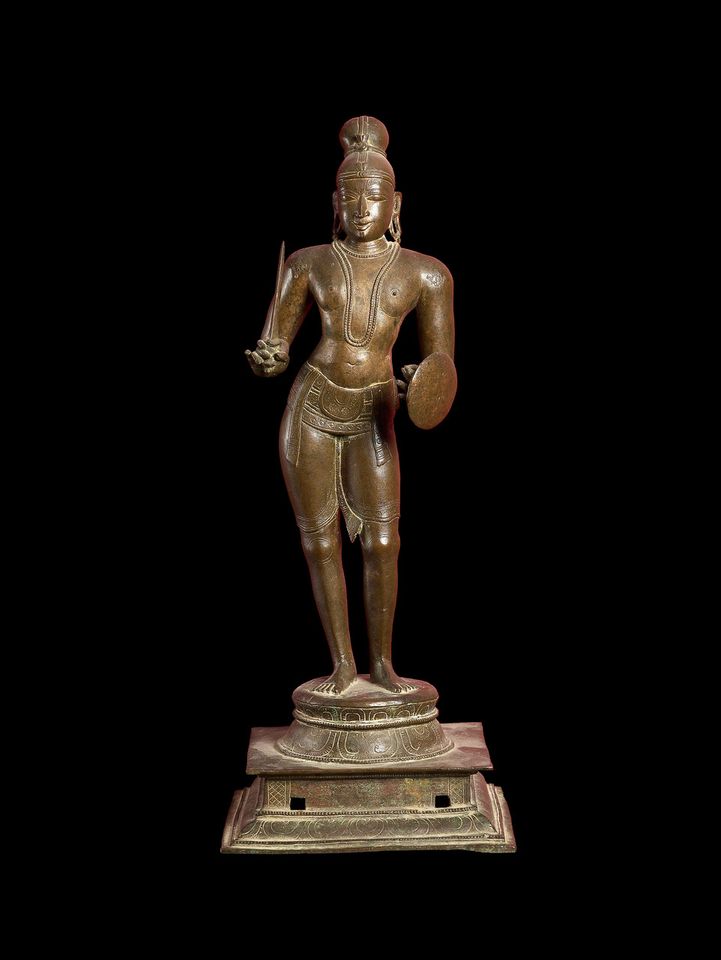 The Indian government is requesting the Ashmolean Museum in Oxford to return a bronze idol of Saint Tirumankai Alvar, made in Tamil Nadu in the 15th century. It appears that the sculpture was stolen from a temple in the early 1960s.

A spokesman for the Indian High Commission in London told The Art Newspaper that “a formal request for restitution of the idol” was made to the Ashmolean on Friday. This was a direct result of the museum’s proactive approach in advising the Indian authorities about its concern over the provenance of the statue.

Last November an independent scholar first brought the matter to the Ashmolean’s attention. Archival research showed that the sculpture appeared to be the one depicted in a 1957 photograph of an idol in the temple of Sri Soundarrajaperumal, in a village near Kumbakonam in the south Indian state of Tamil Nadu. This sculpture was stolen in the early 1960s.

The statue, nearly 60cm tall, depicts Tirumankai Alvar, a Tamil who lived in the 8th or 9th century. A reformed bandit, he is usually depicted holding a sword and shield.

The idol was bought by the Ashmolean in 1967 at Sotheby’s, apparently for £850. The Sotheby’s catalogue stated that it had come from Dr. J.R. Belmont (1886-1981). Based in Basel, from the 1950s he amassed one of the finest collections of Indian sculptures.

A spokesman for the Indian High Commission says that on Friday it received a police report from Tamil Nadu that “unambiguously shows that the original idol has been stolen and replaced with a fake one, and that the stolen idol is the same one that is presently with the Ashmolean”.

The Indian spokesman thanked the Ashmolean “for taking proactive steps in this matter and hopes that other museums would follow the example in dealing with suspected stolen pieces of our cultural heritage”.

The next step is for the Ashmolean to work with the the scholar who first alerted them and the Indian authorities to establish a more accurate provenance. A spokeswoman says that if the pre-1967 provenance proves questionable, then “we will work with the Indian High Commission to repatriate the object”. She points out that there is not, at the moment, a claimant. Deaccessioning would require the approval of the museum’s board and the University of Oxford’s vice-chancellor.