Is an art Cold War thaw coming? US and Russian museum leaders and diplomats to discuss loan freeze 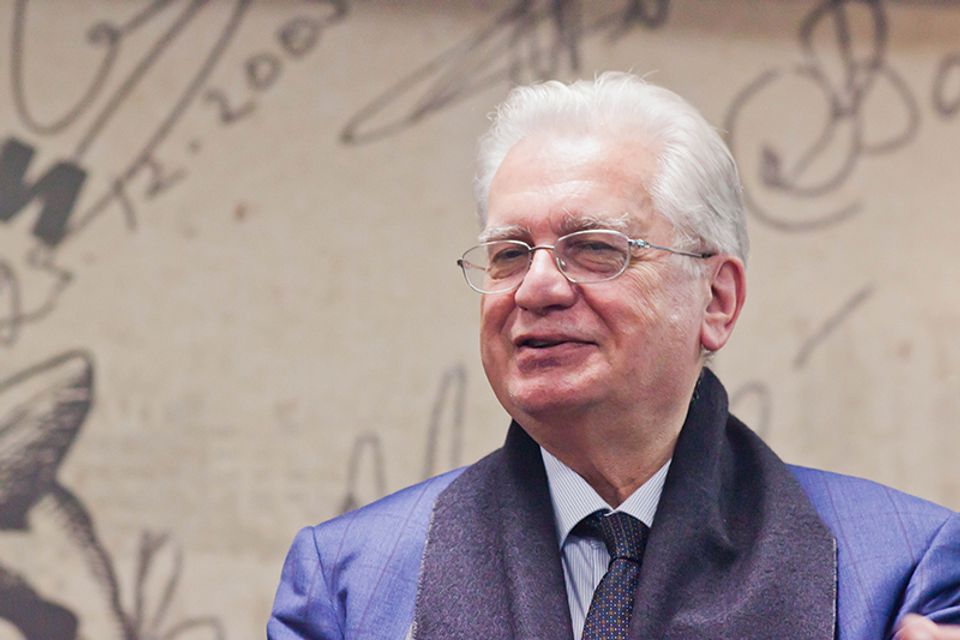 Loan agreements between museums in Russia and the US have been stymied for nearly a decade. But a public conversation due to be held on 13 February at the Meadows Museum at Southern Methodist University (SMU) in Dallas, including a dialogue between the directors of New York’s Museum of Modern Art and St Petersburg’s State Hermitage Museum, will “explore opportunities to end the impasse”.

“The idea for this public conversation emerged from ongoing conversations with my American colleagues, since all of us share a frustration about the lack of art exchange with some of our Russian colleagues,” says MoMA’s director, Glenn Lowry, who will join his Hermitage counterpart, Mikhail Piotrovsky, for the first of two conversations at the event, titled Finding a Way: The Soft Diplomacy of Art Exchanges Between Russia and the United States.

A separate but related conversation between the Russian ambassador-at-large Mikhail Shvydkoy, the federation’s minister of culture from 1993-97 and 2000-04 and currently a special representative of the Russian president on international cultural cooperation, and a US State Department representative is due to follow Lowry and Piotrovsky’s talk.

The Russian government has forbidden loans of art and artefacts from state museums to the US since 2011, citing fears that they could be seized as collateral after a US court ruled that Russia must transfer the state-held Schneerson Library, a collection of over 60,000 books and religious texts seized by the Red Army after the Second World War, to the Brooklyn-Based Hasidic Jewish community, Chabad. Exhibitions at major museums such as the National Gallery of Art in Washington, DC, the Metropolitan Museum of Art in New York and the Los Angeles County Museum of Art have been affected by the loan ban.

In response, US museums also stopped lending to Russian institutions. As a de facto move, MoMA has not lent since 2011, a spokeswoman says, nor has the Metropolitan Museum of Art, which cancelled a major loan to Moscow’s Kremlin Museum that year, a spokeswoman confirms. However, the Met’s director, Max Hollein, is a member of the International Advisory Board of the State Hermitage Museum and says: “Throughout this period, the Met has continued to collaborate and pursue scholarly endeavors with colleagues in Russia, and we would welcome the opportunity to reinstate our long-standing tradition of borrowing from and lending to Russian museums.”

The Association of Art Museum Directors (AAMD), which has co-organised the conversation with the Meadows Museum and the John Goodwin Tower Center for Political Studies at SMU, has no official policy banning or discouraging loans from US museums to state-run museums in Russia.

Before this impasse, mutual loans between the two countries occurred—even during the Cold War period. For instance, a show of Impressionist and Modernist paintings from Soviet state collections was held in 1986 at the National Gallery of Art. A thaw to the current situation seemed possible after the Foreign Cultural Exchange Jurisdictional Immunity Clarification Act, which protects works of art on loan to the US from foreign institutions from seizure, was signed into law by President Barack Obama in December 2016. At the time, Piotrovsky expressed optimism about resumed loans, citing “plenty of room for serious cultural co-operation”, but said that a practical change would depend on the Russian government’s reaction to the law.

The situation has been complicated by the strained diplomatic relationship between the two countries over Russia’s military-backed annexation of Crimea in Ukraine in 2014 and the Russian government’s efforts to influence the 2016 US presidential election.

“At a time of challenge between America and Russia, it is particularly important that AAMD—in collaboration with colleagues at the Meadows Museum and the Tower Center at SMU—has worked to facilitate this conversation between art professionals and diplomats from our two countries, to seek out opportunities to resolve the impasse over art loans, an important component of cultural collaboration,” says Madeleine Grynsztejn, the AAMD’s current president and director of the Museum of Contemporary Art Chicago.

Piotrovsky was unavailable to comment in time for publication of this piece due to the Orthodox holiday in Russia, but has called the US-Russia loan situation “a tragedy”. Pointing to another recent comment from Piotrovsky, that the “last bridge to be blown up should be a cultural one”, Lowry says: “I certainly agree with that. My hope is that by making a concerted effort to talk about our mutual concerns, openly and publicly, we can stabilise the cultural bridge between our two countries.”