Update on 14 March: News that the Brazilian president Jair Bolsonaro tested positive for Covid-19 was originally reported by O Dia. Bolsonaro has denied the report and claims he tested negative. Since this piece was published, several Brazilian galleries have also announced temporary closures, including Mendes Wood DM, Galeria Nara Roesler and Galeria Leme, among others. Museums, including the Museum of Art of São Paulo Assis Chateaubriand, remain open but have suspended some programming. 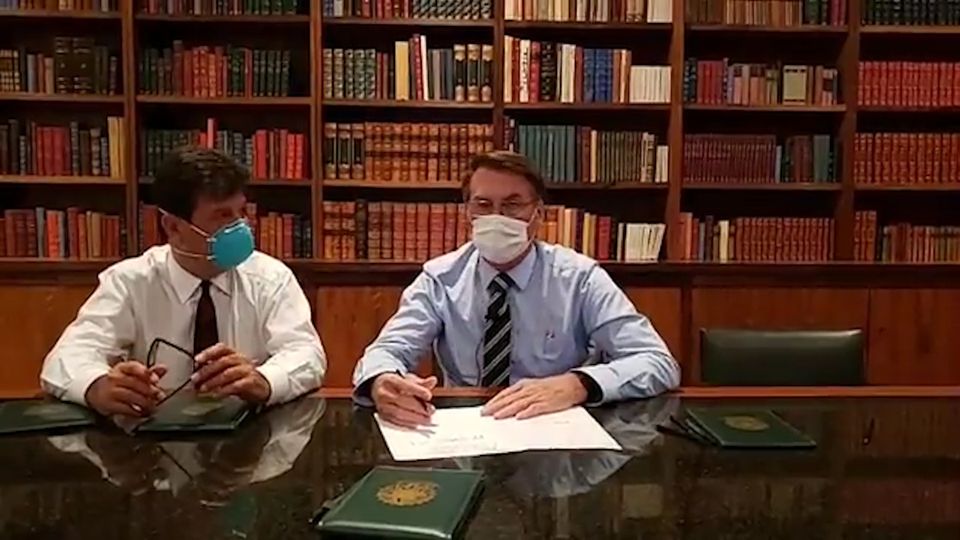 A few weeks after Brazil's Carnaval festivities ended, when hundreds of thousands of residents and tourists celebrated in the streets of Rio de Janeiro, growing fears over the spread of the Covid-19 have reached the highest levels, with President Jair Bolsonaro getting tested for the virus and the country's main art fair, SP Arte, announcing that it will suspend its 16th edition in April.

In a Facebook Live video, Bolsonaro appeared in a mask to say he was being tested for the virus. He did not leave the Palácio da Alvorada, his official residence, and has cancelled a planned trip to the Rio Grande do Norte region, but his office has not yet confirmed if he has the virus. His son, Eduardo Bolsonaro, told Brazilian media that further testing to confirm the diagnosis is being conducted, and that his father is not showing symptoms. One of Bolsonaro's deputies, the communications secretary Fabio Wajngarten, tested positive after showing flu-like symptoms, five days after both Bolsonaro and Wajngarten met with US President Donald Trump and Vice President Mike Pence in the Florida estate, Mar-a-Lago.

And late yesterday, the contemporary art fair SP-Arte, which was scheduled to run from 1-5 April at the Oscar Niemeyer Bienal Pavilion in São Paulo, announced that it will suspend its 16th edition due to health concerns. “In view of the classification of Covid-19 as a pandemic by the World Health Organisation, the holding of an event of this nature and proportion is compromised,” the director of the fair, Fernanda Feitosa, said in a statement. “Given the international scale of SP-Arte, we have no means yet to calculate the logistical and operational impacts, which are increasing every day with mobility restrictions and border closures.”

At the time of writing, however, Brazil's museums and galleries remain open until further notice.