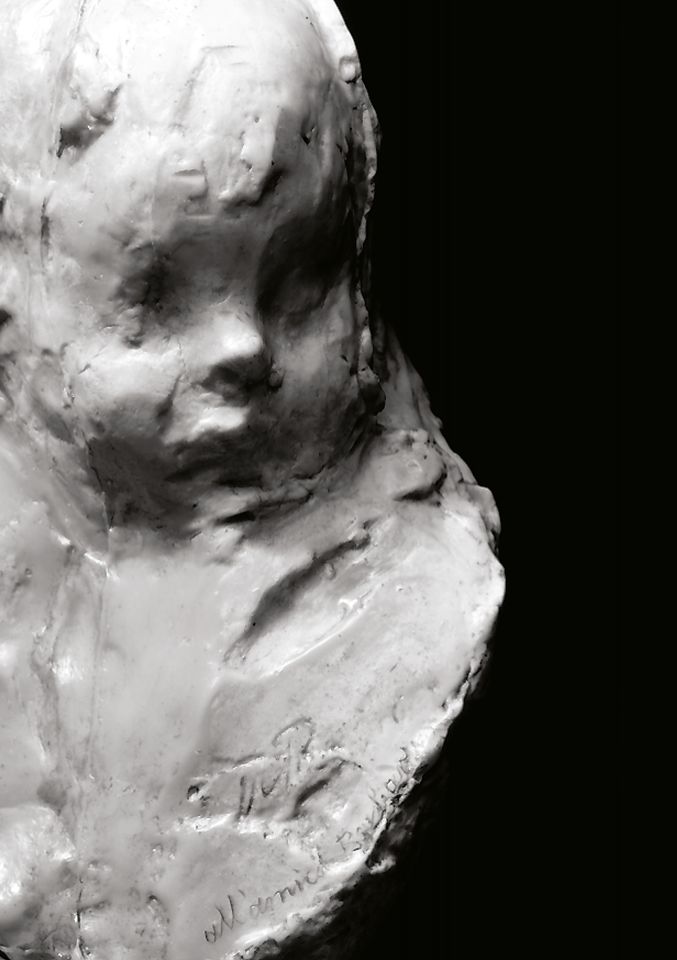 Since she joined Galerie Thaddaeus Ropac as senior global director almost three months ago, Julia Peyton-Jones has been looking back to older pockets of art history than in her previous incarnation as the director of the Serpentine Gallery.

During Frieze week she collaborated with the National Gallery on an event, which included a tour of the museum’s historical collections with five leading contemporary artists. Now Peyton-Jones has co-organised an exhibition on the Italian artist Medardo Rosso, considered to be one of the founders of Modern sculpture although virtually unknown in Britain.

Medardo Rosso: Sight Unseen and His Encounters With London, which opens at Ropac’s Mayfair gallery, in Ely House, on 23 November (until 10 February 2018), focuses on the sculptor's time in the UK capital, where “he really got his break from critics and was bought by British collectors”, Peyton-Jones says.

It was in London that Rosso sculpted his masterpiece Ecce Puer (1906), a portrait of the son of the industrialist and collector Emile Mond, which is on show at Ropac. Also on display is a series of Rosso’s drawings of London scenes: snapshots of Trafalgar Square and Jermyn Street, taxis and the underground.

“One of the incredibly exciting things is that, more than 100 years ago, Rosso had a show at the Eugene Cremetti Gallery, seven doors down from us at 44 Dover Street; it makes Ely House particularly relevant,” Peyton-Jones says.

Organised in 1906, the Cremetti Gallery show is Rosso’s only major London retrospective to date, and was hailed at the time by the Pall Mall Gazette as “the artistic event of London today”. In 1994 he had an exhibition at the Whitechapel Gallery, although much smaller in scale.

Despite being admired by peers including Auguste Rodin and Alberto Giacometti and inspiring generations of sculptors afterwards including Henry Moore, who said that Rodin and Rosso “cleared the way [for modern sculpture]”, Rosso has been critically overlooked since.

Sharon Hecker, the Rosso specialist who has co-organised the show, writes in the accompanying catalogue: “The title of this exhibition, Sight Unseen, ponders what it may have meant for Rosso, following Charles Baudelaire’s definition of the modern artist,to ‘see the world, to be at the center of the world, and yet to remain hidden from the world’.” Peyton-Jones suggests Rosso’s work may have fallen under the radar because “his work is unbelievably subtle, there’s no sense of heroism”.

Tony Cragg, who acknowledges the profound effect the older artist had on his work and who has loaned two pieces for the exhibition, describes Rosso's figures as small and vulnerable. “They make a political point as well, because they're not dealing with monarchy, government, and the Church; they're dealing with the poor people[...] and people who are outside of the classical idea of good-looking or handsome,” he says in the catalogue.

None of the works in the show are for sale; the majority have been borrowed from Rosso’s estate and major museums and private collections, including the Belvedere Museum in Vienna and the Museo Medardo Rosso in Barzio.

Meanwhile, for her next exhibition, Peyton-Jones is working on something a little more contemporary: a show of Elaine Sturtevant’s work, whom she worked with at the Serpentine. “It’s very lucky,” she says. “So many of the artists that Ropac shows, I had a relationship with in my former incarnation.”