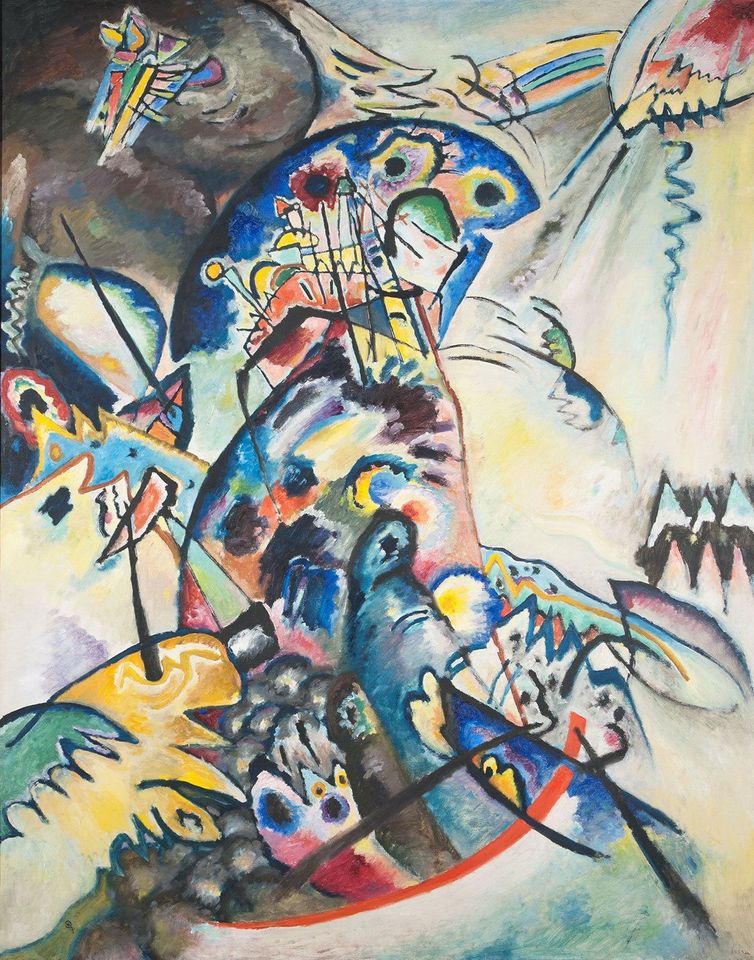 Works by Wassily Kandinsky from the State Russian Museum in St Petersburg that went on show in Riyadh on Tuesday at Crown Prince Mohammed bin Salman’s (MBS) controversial “Davos in the Desert” are a teaser for a major exhibition on the Russian avant-garde artist to be held in the desert kingdom as part of expanding ties between Russia and Saudi Arabia.

Russia’s show of cultural support comes as a number of major international business leaders and government officials pulled out of the event due to ongoing controversy over the disappearance and killing of Saudi journalist Jamal Khashoggi in the Saudi Embassy in Istanbul this month. Sotheby’s CEO Tad Smith, who was scheduled to speak on a panel with Mikhail Piotrovsky, the director of the State Hermitage Museum, cancelled last week.

“Several works of famous avant-garde artists of the early 20th century from the collection of the Russian Museum have already arrived in the capital of Saudi Arabia,” for the Future Investment Initiative (23-25 October), the Russian Museum said in a statement on Tuesday. “A full-scale exhibition, which will likely be called ‘Kandinsky and Russia,’ will include not only the works of classics of abstract art, but also paintings of contemporary artists who develop on Kandinsky’s ideas in their work.”

RDIF praised bin Salman’s cultural vision in a statement on 22 October and said that this week’s show is “the first-ever Russian art exhibition in the Kingdom of Saudi Arabia", preceding "a major exhibition planned for early next year in Riyadh and Dhahran as the centerpiece for Russian culture days in Saudi Arabia.”

Kommersant, a business newspaper, cited sources saying that the exhibition might correspond with the anticipated but as yet unscheduled visit of the Russian President Vladimir Putin to Riyadh.

The current exhibition includes a handful of works—Kommersant says five—by Kandinsky and Pavel Filonov. Among the works is Blue Crest, created by Kandinsky in the year of the Bolshevik Revolution and described in the RDIF press release as reflecting “turbulence and uncertainty, concern for the destiny of mankind"; and Filonov’s Victory over Eternity (1920-1921), described as a depiction of “an eternal battle of antagonistic forces that occurs before the achievement of prosperity and the harmonious existence of humankind.”

Piotrovsky told Russia’s official RIA Novosti news agency about his conversation with MBS during his meeting with the Russian delegation.

Piotrovsky told RIA Novosti that MBS opened a meeting with Russian, Chinese, Japanese and French businessmen with the words: “Now we know who our best friends are, and who our best enemies are.”