As coronavirus forces people into lockdown, art lovers are turning to social media to share their experiences 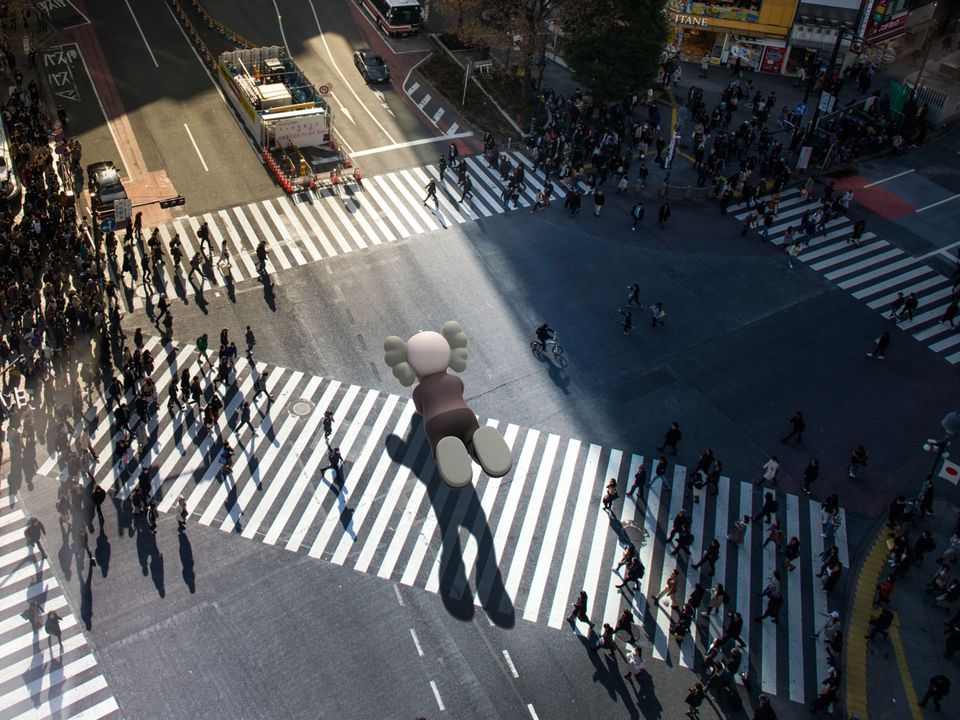 At a time when the art world is being forced to rethink its high carbon, large-scale event-based lifestyle, the ever popular US artist KAWS is offering a glimpse of a future without museums, art fairs—even without art. Well, physical art at least.

Partnering with Acute Art, the London-based firm that produces and sells virtual reality (VR) and augmented reality (AR) works, KAWS (aka Brian Donnelly) has created what is being touted by its developers as the first truly global exhibition, as well as a marketplace, all using AR.

Until 26 March, users of the Acute Art app will be able to view one of KAWS’s trademark Companion characters floating in 12 cities including at the Millennium Bridge in London, in bustling Times Square in New York and at the usually thronged Shibuya Crossing in Tokyo.

In addition, KAWS has made 25 editions of the AR sculpture available for $10,000 each, while those with less deep pockets can acquire three smaller versions for a limited time: $6.99 each for seven days or, if you purchase all three, $29.99 for 30 days.

“We all, Brian included, see this as a natural progression of where the art world is headed,” says Jacob De Geer, the chief executive of Acute Art. “People don’t want to travel, people want to be greener. It’s also about taking pictures and sharing them. For a generation that is raised, as we all are nowadays, looking at the world through social media, through handsets, it’s completely natural.”

Acute Art director Daniel Birnbaum says ecological concerns were very much a factor when developing the project. He says: “The art world has to develop new models. I don’t think that the art fair and biennale model, where everybody flies to Hong Kong for a weekend and ships the art that they’re going to look at and then takes it home, are possible models for the future.” KAWS’s project, Birnbaum suggests, proposes a different model “where you’re not reduced to local conversations and the local art world”.

As people go into lockdown globally in a bid to halt the spread of coronavirus, art lovers are taking to social media to share their virtual KAWS experiences. “We had no idea about coronavirus when we were developing the project,” Birnbaum says. “The beauty of this is, there’s nothing that forces anyone to be inside together with lots of other people and you don’t have to participate at any specific moment.”

In such isolated times, virtual companionship appears to be as good as the real deal.