During her first week on the job, the new director reveals her aspirations for the museum 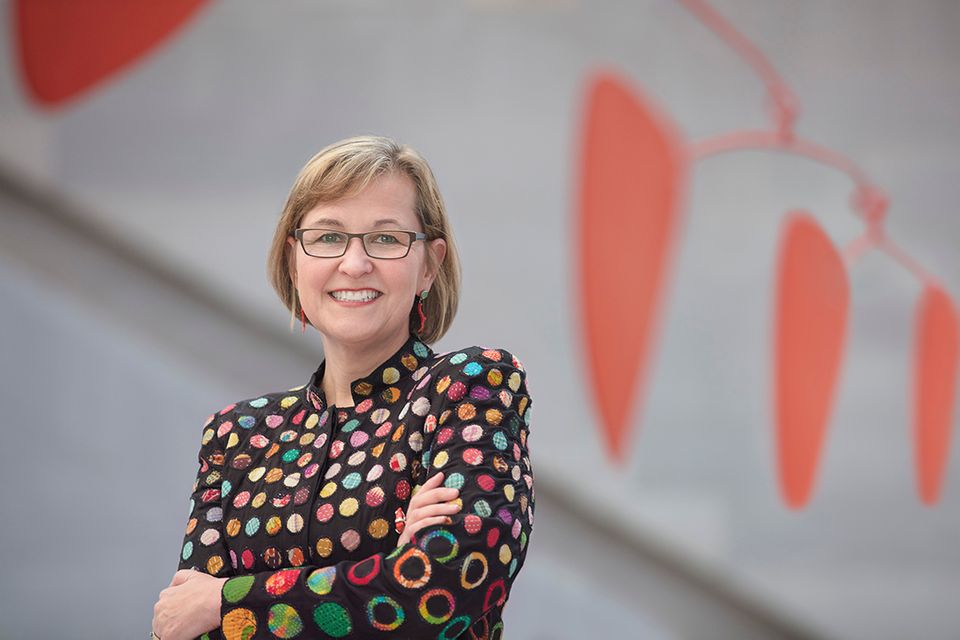 Five years from now, Kaywin Feldman, who became the new director of the National Gallery of Art in Washington this week, will judge her success by her ability to infuse the nearly 80-year-old institution with more energy, activity, and dynamic programmes, she says.

“As I’ve said to the staff here, my job is to work for them. It’s to help them pull out their dreams, ideas, and creativity, and then raise the money to support them and get them the resources they need to do that,” Feldman says. “In my experience, it takes two to three years before the institution starts feeling different.”

Feldman most recently directed the Minneapolis Institute of Art, and she is a former president of the Association of Art Museum Directors (AAMD). She succeeded Earl “Rusty” Powell III, who directed the NGA for a quarter century.

The gallery’s fifth director, Feldman thinks that her appointment as the institution’s first woman director broadcasts a commitment to diversity. When she started working in the field 25 years ago, only about 15 percent of museum directors were women; now, according to the AAMD’s 2017 Gender Gap report, 48 percent of museums have female directors—but only 30 percent of museums with annual budgets of $15m and higher, decreasing as budget size increases. Feldman now oversees a museum with a $190m annual operating budget.

“I had so many wonderful messages after the news of my appointment came out,” she says. “One that really resonated for me was someone wrote and said, ‘There’s shattered glass on the floors of museums all across America.’ I think it is significant.”

The NGA is a different kind of institution than the museums where Feldman has worked, she acknowledges; but even in politics-heavy Washington, Feldman, who wrote of the “unpresidential tweets from the American president” in a 2018 Apollo magazine article, figures the key is to focus on what is relevant rather than to stoke partisan divides.

“Just thinking, what do people care about, and how might we give them windows into the world through some of those contemporary thinking and issues,” she says.

Feldman also says that a 2018 Q&A in MinnPost misquoted her as saying that museums have become more visitor-centred and no longer write labels “in case a curator from the National Gallery came to town”.

“I think that what I said was sort of taken out of context,” she says. “What I meant was that I do believe that museums all across America, including the National Gallery of Art, have shifted their focus over the last 15 years, so that it’s less about we’re working for our peers, and more that we’re working for the public. The visitor and the audience come first.”

Museums can no longer delegate visitor-experience responsibility to their education departments, she adds. “The [previous] idea was: They like kids, let’s give them the people,” she says. “Actually, I think we’re all finding now that we all have responsibility for the visitor.”