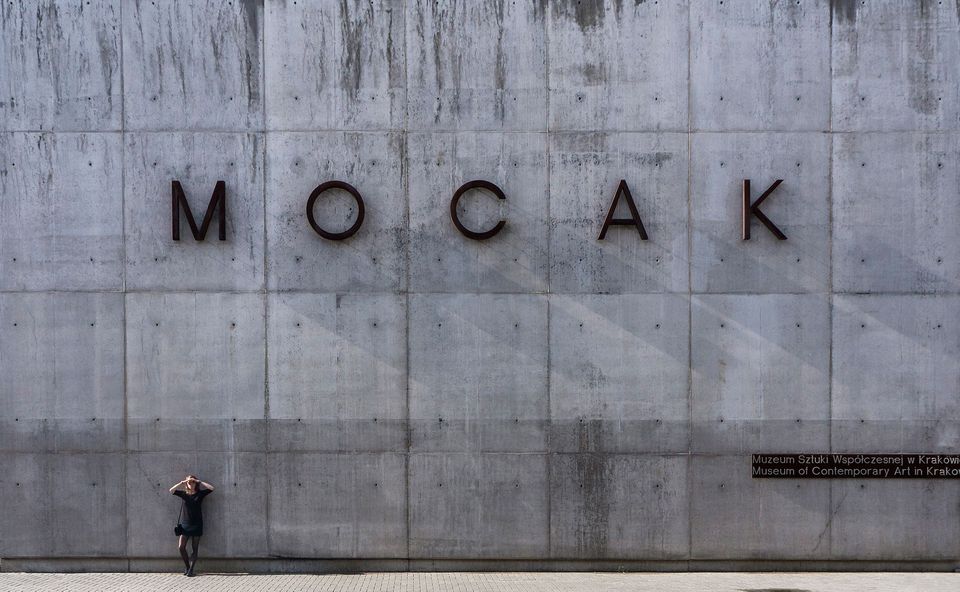 A controversial proposal to merge Krakow’s Bunkier Sztuki gallery, a municipal art space founded in 1965, with the larger Museum of Contemporary Art in Kraków (MOCAK) has been rejected by the City Council. At a council meeting on 24 April, a clear majority of councillors voted against a resolution announcing the mayor’s intention to combine the two spaces into a single institution, sharing the MOCAK name.

However, while the vote entails that Bunkier Sztuki will, for now, remain a separate institution, the two venues will be under the control of one person, Anna Maria Potocka, the director of MOCAK who had been appointed to the role in February. A powerful figure in the Kracow art scene, Potocka had a previous stint in charge of Bunkier Sztuki from 2002-10 and has been director of MOCAK since it opened in 2011.

The merger of the two institutions, under the leadership of Potocka, was first proposed by the mayor of Krakow, Jacek Majchrowski, in January. Polish artists and arts professionals, as well as the employees of Bunkier Sztuki were, however, quick to object, arguing that the institutions performed distinct roles and should remain separate entities.

Coordinating their actions via the Towarzystwo Osób Kibicujących Galerii Bunkier Sztuki movement, the mayor’s opponents have staged public protests outside the gallery and the City Hall, while two artists Cecylia Malik and Monika Drożyńska, have withdrawn their participation in MOCAK’s new Nature in Art exhibition. Prominent supporters have included well-known artists, such as Wilhelm Sasnal and Zuzanna Janin, as well as the directors of public art centres in cities across the country.

In an open letter dated 3 February to Poland’s Minister of Culture, Piotr Gliński, Drożyńska and fellow artist Iwona Demko, argued that by incorporating Bunkier Sztuki into MOCAK, the former would effectively be dissolved, resulting in “a detrimental impact on the local, regional and national contemporary art scene.” They added that the “absence of a municipal gallery on the map of Krakow would inflict damage not only on current residents of the city but also on the future growth of Polish art.” The pair called on the minister to support an open and transparent competition to select the gallery’s next director.

Despite meeting with his opponents on 12 February and appearing to give assurances he would withdraw his proposals, the mayor then proceeded only three days later to unilaterally appoint Potocka as director of Bunkier Sztuki, in a move supported by the minister. In his defence, Majchrowski says that his plans for the gallery have been forced by a decline in its “position and prestige” and a drop in visitor numbers. The mayor points out that the gallery building—a rare example of concrete modernism in Krakow’s historic Old Town—is in need of a major overhaul and that impending renovations require the oversight of “an experienced and competent” person. He also says that the gallery’s in-house collection has been neglected and under-utilised and that it would benefit from being subject to the stricter principles of museum-level governance.

The contract of Bunkier Sztuki’s previous director, Magdalena Ziółkowska, was terminated by mutual agreement in May 2018, with an acting director, Roman Krzysztofik, appointed in her place. Majchrowski says that subsequent attempts to find a new director by means of an open competition have failed “to identify and indicate a sufficiently competent person who could be recommended for the position.”

Given the mayor’s determination to follow Potocka’s appointment with a formal merger, Iwona Demko says the result of the City Council vote “was a surprise” but also “a great success.” She adds that while artists in Poland do not tend to “believe in the success of joint action. Yesterday's vote is a sign for everyone that we can gain a lot while acting together.”

While celebrating the result of the vote, however, given that Bunkier Sztuki is informally combined with MOCAK under the leadership of Potocka, Drożyńska remains concerned, arguing it is “impossible for one person to ensure the diversity of the [the two institutions’] programmes.”

“The local Kunsthalle” Drożyńska says, “cannot compete with MOCAK in terms of visitor numbers and cash flow—but it is Bunkier Sztuki that serves as the local scene's cornerstone. Much of the valuable work done by its employees remains barely visible—Bunkier's curators contribute to the professionalisation of local artists and curators; they work on expanding their networks in the country and abroad; they are receptive to local initiatives that operate beyond MOCAK's radar. For the mayor all this seems worthless. For us, though, it means life.”