Celebrating an anniversary, Arts and Industries landmark will revisit its beginnings as an incubator of new ideas 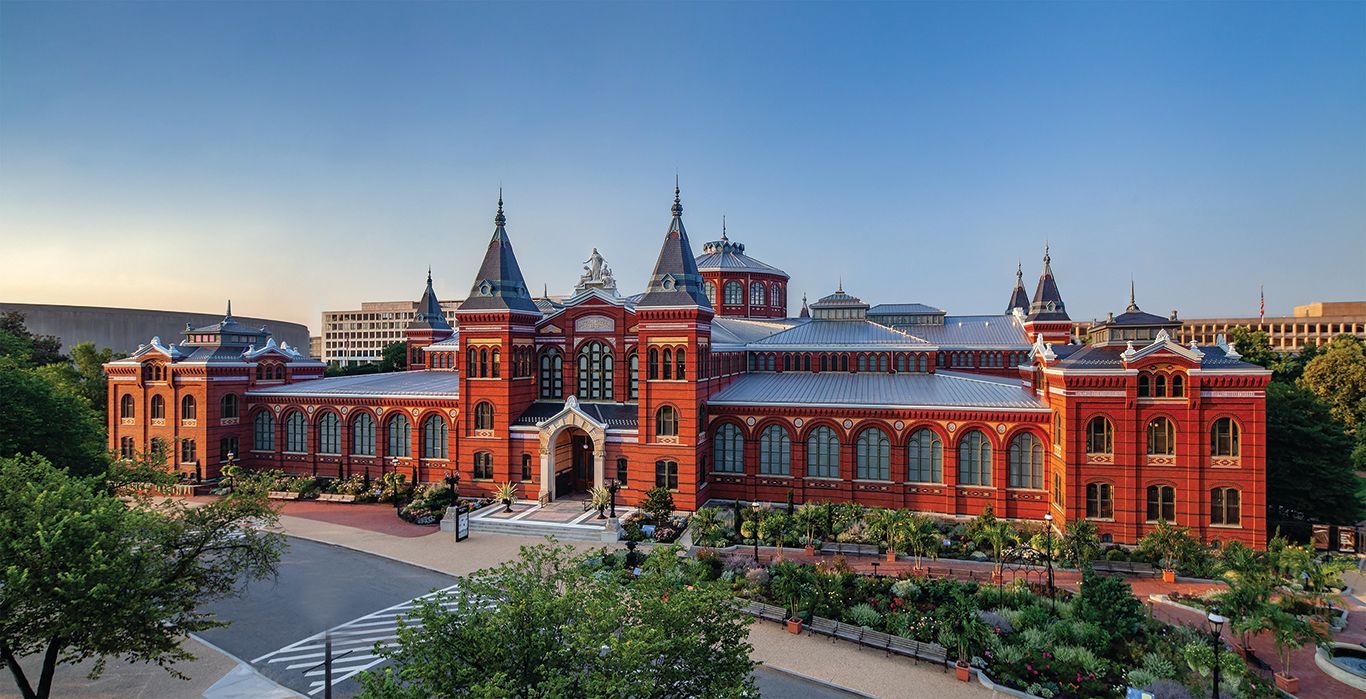 The Smithsonian's Arts and Industries Building, the institution's first museum to open on the National Mall in 1881, was modelled on the grand World's Fair pavilions of the 19th century architecturally and conceptually. Nicknamed the Palace of Inventions, it has displayed the first light bulb, telephone, steam locomotive, airplane and Apollo rocket ship over the years. “This is where people went to see the wonders of the universe and imagine the future,” says the building's director, Rachel Goslins.

Closed to the public since 2004, the Arts and Industries Building will reopen temporarily in November with Futures, an exhibition-cum-festival that renews the building's function as an incubator of new ideas and is the centrepiece of the Smithsonian's 175th anniversary celebration this year. The show includes some 150 prototypes, working experiments, site-specific art installations and speculative designs such as a flying car and a support robot to reduce loneliness, as well as historical inventions like the first telegraph and first video game drawn from 15 of the Smithsonian's museums and research centres. 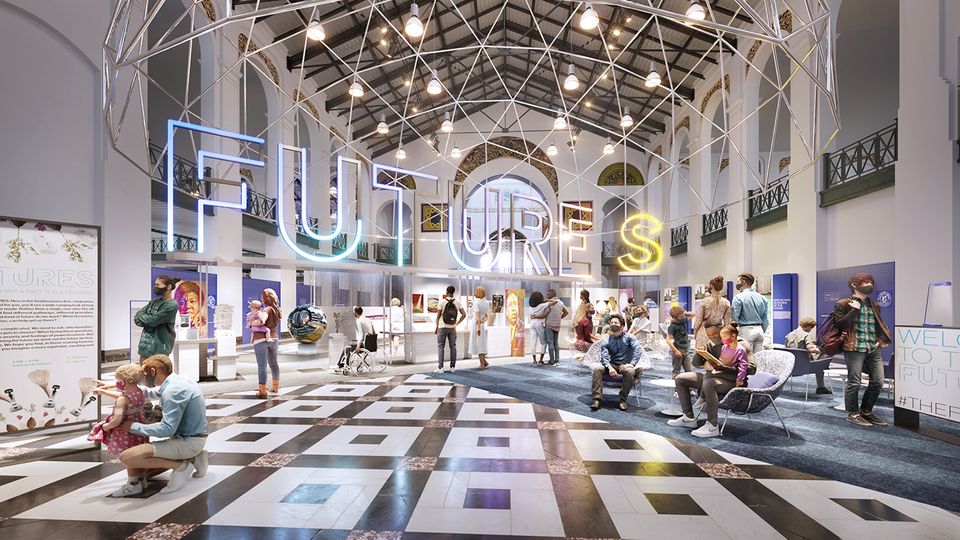 A rendering of the Smithsonian Institution's forthcoming Futures exhibition, revitalising the roots of the Arts and Industries Building Courtesy of Rockwell Group

“We organised the exhibition by asking the question, ‘What is the future that you want, not the future you fear?’” say Goslins, who has worked with a multidisciplinary team of six curators. Overarching themes–“Past Futures”, “Futures That Work”, “Futures That Unite” and “Futures That Inspire”–anchor an installation designed by Rockwell Group architects that sprawls across four monumental exposition halls that meet at the building’s central rotunda.

The checklist and design of the show were being finalised last spring when the coronavirus pandemic struck. “All the sudden, the conversation about the future got even more important for people,” says Goslins. Her team has worked to incorporate the urgency of what has unfolded over the last year in the domains of social justice, democracy and global health. “We have a water harvester, which is a mechanism invented that can pull water from the air and make potable water even in a desert,” says Goslins. “I'm hoping it will be operational and people can drink the water.” 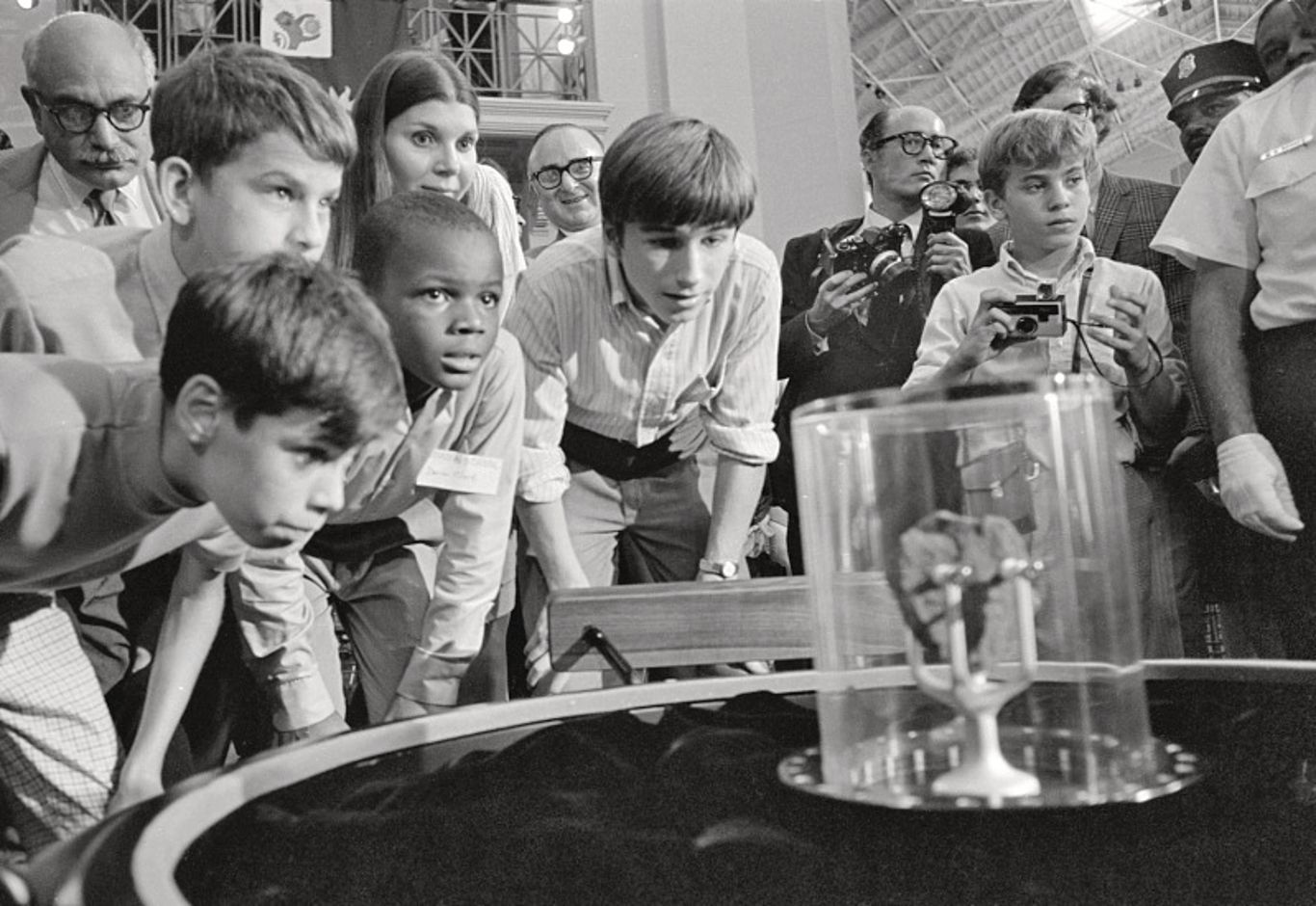 A ten-year structural renovation of the Arts and Industries Building, clad in brick with soaring turrets, was completed in 2015, making the space safe for the public. It will close again after the end of the exhibition in July 2022 for a large-scale interior renovation. “I like to joke that it has four working power outlets,” says Goslins. “We figured out how to work in this crazy, beautiful, broken building and turn it into a place that could host a temporary extravaganza of an exhibition.”