Largest exhibition of LGBTQ art in Asia to open in November Sunpride Foundation and the Bangkok Art and Culture Centre (BACC) will present Asia’s second and largest ever exhibition devoted to LGBTQ art. The two organisations announced plans today (9 January) for Spectrosynthesis II—Exposure of Tolerance: LGBTQ in Southeast Asia (23 November to 1 March 2020), a continuation of Sunpride’s traveling series, first held in 2017 at the Taipei Museum of Contemporary Art.

“Bangkok is one of Asia’s most LGBTQ-friendly and inclusive cities, with many exciting developments in recent years in the arts and LGBTQ communities,” says Patrick Sun, founder and executive director of Sunpride Foundation. “It is particularly relevant that our exhibition comes at a time when the Thai government has announced a new bill backing same-sex civil partnerships in Thailand.” Sun, a collector based in Hong Kong and Taiwan, adds that head curator Chatvichai Promadhattavedi “is a founding member of BACC. A champion for cultural diversity in Thailand, he has extensive knowledge of Thai and Southeast Asian art, and we have been in discussion to bring Spectrosynthesis to Thailand even before our show in Taipei.” Taiwan’s constitutional court mandated in May 2017 that it must allow same-sex marriage within two years, though a non-binding referendum passed last November calling to limit the rights for such unions, such as prohibiting adoption.

Including more than 50 artists, Spectrosynthesis II largely draws from the myriad cultures of Southeast Asia, which is “uniquely diverse in its mix of people and viewpoints and is a fertile ground for artistic exchange and expression,” says Sun, adding that the region’s cultural contexts vary greatly in terms of influences ranging from formal religious beliefs to Indian, Chinese and ancient indigenous cultures. Artists such as Sornchai Phongsa and Piyarat Piyapongwiwat from Thailand are included, as well as Michael Shaowanasai, Dinh Q. Lê and Danh Vō from Vietnam, Maria Taniguchi from the Philippines, and Singapore’s Ming Wong. 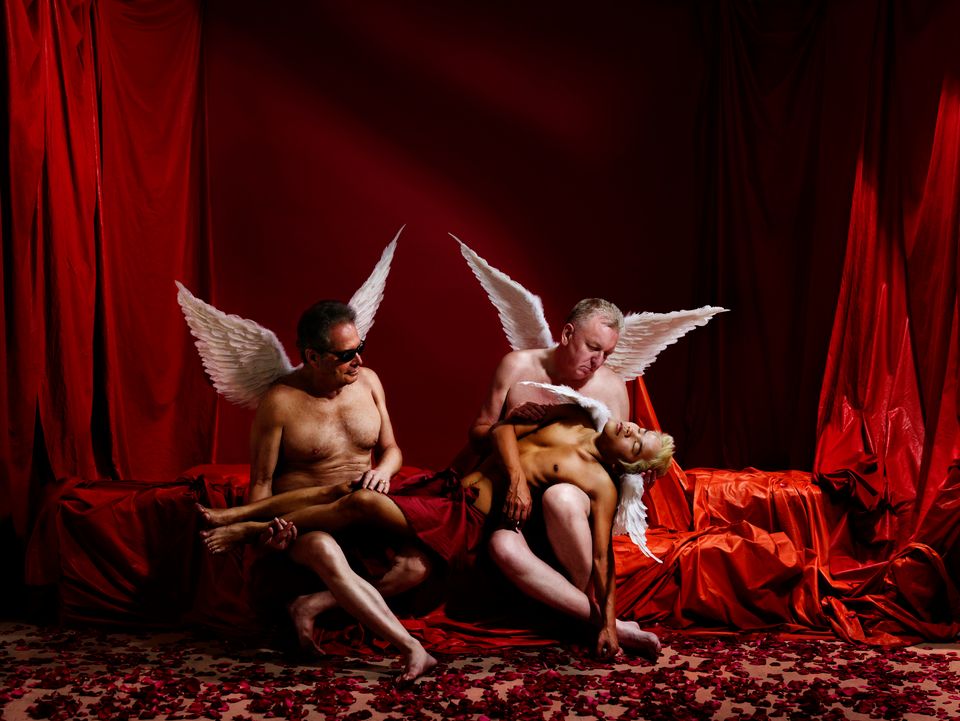 According to Sun, instead of focusing on the differences between the artists and their work, “we looked at subthemes, such as personal experiences, human rights and diversity advocacy… and focused on sharing the human experience of LGBTQ artists—the desire for love, acceptance, and to be treated as an equal.”

The show also includes perspectives from the rest of the continent and overseas-based Asians. Artists including India’s Sunil Gupta, China’s Ren Hang, Hong Kong’s Samson Young, and Sri Lankans Mario Nithiyendran and Lionel Wendt will provide a more broadly global context. New commissions are confirmed by artists Anne Samat from Malaysia, Balbir Krishan from India, and Arin Rungjang and Jakkai Siributr from Thailand, with additional projects in the works.

Since the first Spectrosynthesis, Sun says he has witnessed more work addressing LGBTQ identities and issues in the [Asian] art market: “In Taiwan, there is an increasing number of young gay artists who paint more freely now. It’s uplifting to see that there is a greater inclination for artists to express themselves, as well as a more enthusiastic market is that ready to embrace these works. On a whole, we are delighted to see—and it is something we aim for at Sunpride Foundation—artists who are now more willing to express themselves freely and be true to who themselves and just be who they are. It makes our work worthwhile.”