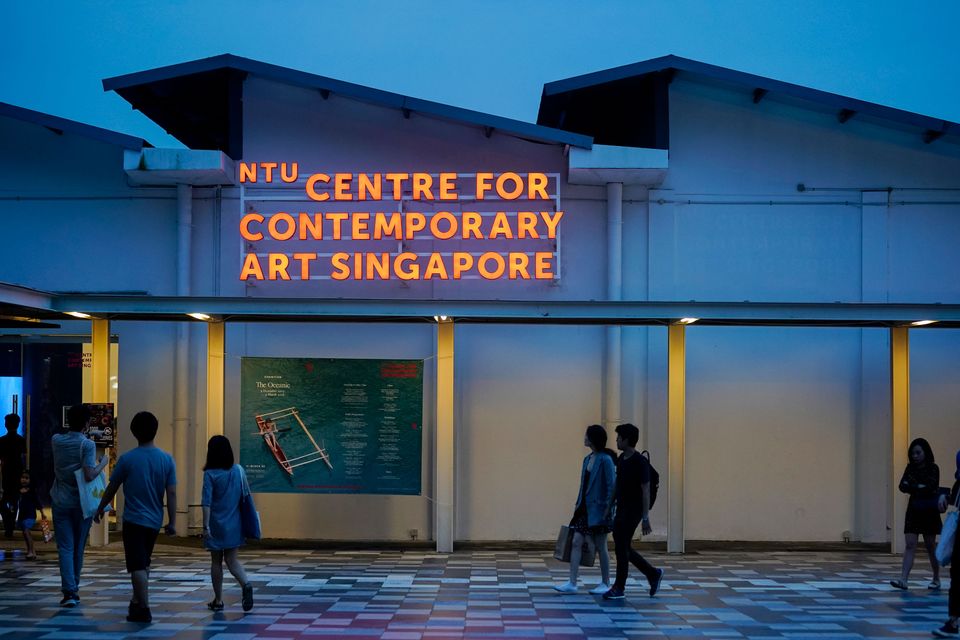 The displacement of Singapore’s leading art space has been described as a “major blow” to freedom of expression in the local scene. In August, Nanyang Technical University Centre for Contemporary Art (NTU CCA) revealed that its exhibition and residency premises in the Gillman Barracks arts district would close in March 2021 due to a financial restructuring provoked in part by Covid-19. “A city-state still known for strict prohibitions on speech and censorship” is losing “a place for critical discourse about regional and international topics”, ArtAsiaPacific lamented at the time.

The centre’s next show, devoted to Vietnamese-American filmmaker Trinh T. Minh-ha (17 October-28 February 2021), will be the last in the venue established in January 2013. But despite the loss of the physical space, its German-born founding director Ute Meta Bauer and some of her team plan to continue research and curatorial programmes from a Singapore office after March.

“As with many other art institutions around the world, NTU CCA Singapore continues to adapt to the changing conditions engendered by the pandemic,” Bauer tells The Art Newspaper. “Since we have also hosted events online to have a reach beyond Singapore prior to the pandemic, these practices are not entirely new... What is new is the current commissioning of artists to directly engage audiences beyond the walls of the institution.”

Even before coronavirus, the centre depended on variable grants for its projects alongside core funding from the university and the Singapore Economic Development Board. The end of several grant-supported initiatives meant “we knew before the pandemic that we would be focusing more deeply on research and capability development for the arts sector after March 2021,” Bauer says. Ongoing development initiatives include six-month graduate traineeships in various areas of the centre’s operations.

According to the Straits Times, around half of the centre’s 14 full-time staff will not have their contracts renewed after March. Bauer declines to confirm the number, but says a key concern for her as director is “to maintain the capacity and skills developed by each staff member for the benefit of the local and regional art and cultural sector”.

With an internationally minded programme of exhibitions, residencies and academic research, the centre was “unique” in Singapore, Bauer says. It gave artists such as Tomás Saraceno, Joan Jonas and Siah Armajani their first institutional exhibitions in Southeast Asia.

“Bringing innovative artistic and curatorial practices from around the globe to audiences in Singapore has always been part of our mandate,” she says. Gillman Barracks hosted nomination-only residencies for curators and scholars as well as artists. But travel restrictions in the wake of Covid-19 forced a switch in the programme this year from international line-ups to providing studio space for Singaporean artists. The residencies team offered guests who could not travel to Singapore “online opportunities such as lectures and virtual studio visits”, Bauer adds.

The centre’s many collaborations with international institutions may well also continue digitally. Weeks after the outbreak of Covid-19 in Singapore in January, a public talks series guest-curated by the IdeasCity platform at the New Museum in New York was livestreamed online. “This process was already in the making, but the pandemic accelerated and sharpened our response,” Bauer says.

NTU CCA’s looming closure has cast doubt on the government-driven gallery cluster at Gillman Barracks and sparked debate over the future of the Singapore arts scene. The commercial gallery Chan + Hori Contemporary left its barracks tenancy at the end of June to become a consultancy. The Australian gallery Sullivan+Strumpf has announced its departure from the complex in November to premises elsewhere in Singapore.

“I think like everywhere else in the world, the pandemic is affecting all layers of society, not to mention the art world,” says Syed Muhammad Hafiz, an independent curator who formerly worked at the National Gallery Singapore. While he attributes NTU CCA’s demise to “government policymakers here tightening their purses”, he insists that the local scene will flourish without the centre’s international influence.

“In fact, since the start of the global pandemic, there has been a proliferation of smaller, more nimble independent spaces, both online and offline, producing all sorts of activities from virtual exhibitions to exhibitions of young, unknown artists,” Hafiz says. “All these activities are happening outside of the Gillman Barracks enclave, so I’m hopeful for the future.”

“CCA occupied a certain niche in the art ecology but I am cautiously optimistic that there will be new initiatives and independent spaces that continue to thrive organically,” echoes Tan Siuli, a curator who previously worked at the Singapore Art Museum and Singapore Biennale. She cites the emergence in recent years of experimental exhibition platforms like Islands Peninsula and Comma Art Space. Such private undertakings already fuel art scenes elsewhere in Southeast Asia. “Perhaps this is an opportunity for independent initiatives to take more of a driver’s seat in shaping the local art scene,” Tan says.