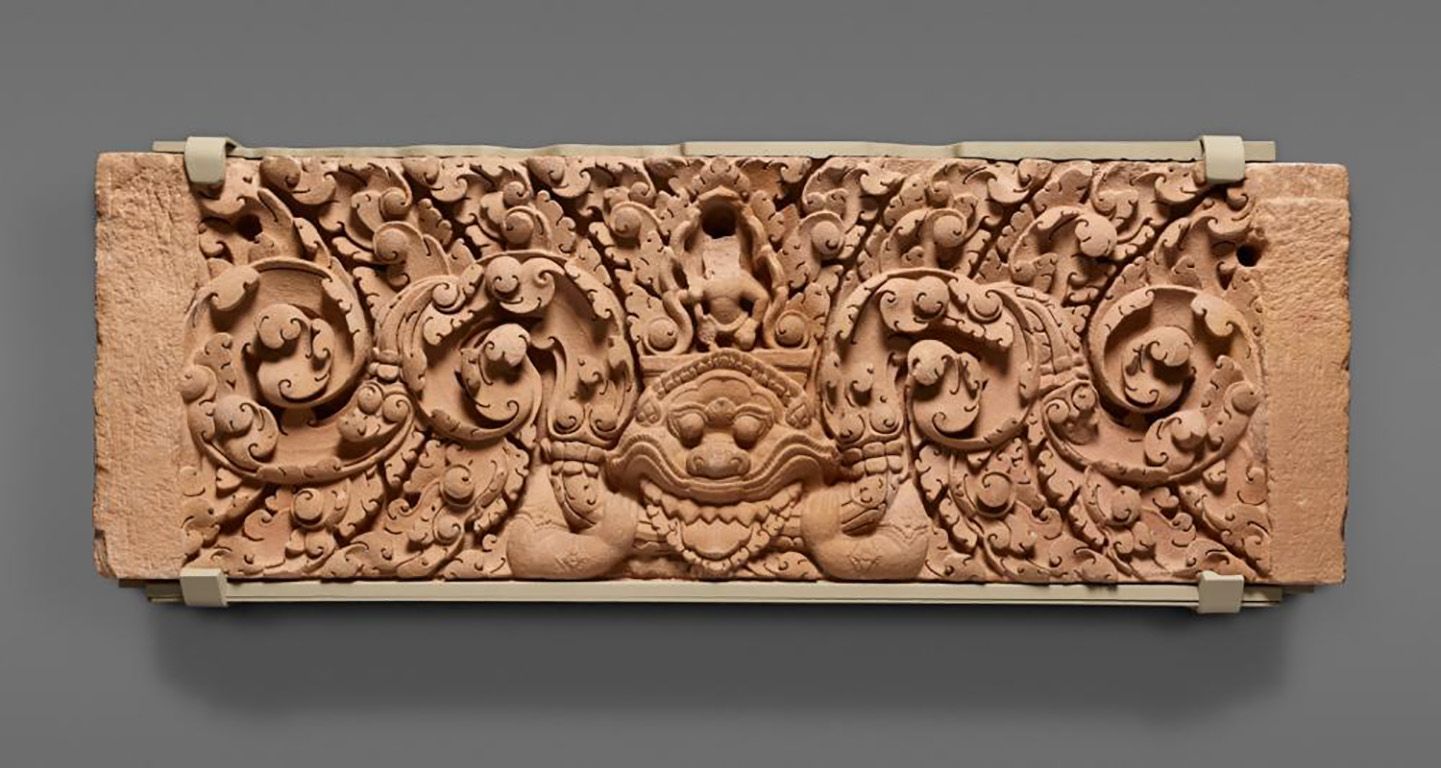 A sandstone lintel from Khao Lon Temple in northeastern Thailand from around 975 to 1025 Photo: Asian Art Museum

The Asian Art Museum of San Francisco has breathed a sigh of relief, as a civil complaint brought against them by the Department of Justice regarding two ancient Thai artefacts has been settled by a US district court in California, on the condition that the works be returned.

“We are disappointed that the Department of Justice felt the need to go through this performative legal exercise,” says the museum’s director Jay Xu in an email. “The return of these pieces has been long underway, and this legal process served only to expend public resources and to cloud the respectful and serious process of deaccession and repatriation.” Because the museum's collection is owned by the city of San Francisco, city attorneys represented the institution during the court case.

The objects in question are two hand-carved, 1,500-pound Thai lintels which have been in dispute since 2016, when the Thai consul general in Los Angeles saw them on display at the museum. According to the civil complaint, filed on 26 October by the US Attorney’s Office in the Northern District of California, the diplomat told a curator at the museum that the pieces should be returned to Thailand. In February 2018, the Thai minister of culture gave a press conference calling for the return of 23 artefacts from US museums, and chief among them were the two lintels. They were identified as being from the Nong Hong Temple and Khao Lon Temple in northeastern Thailand, sites that have been legally protected since 1935.

The museum has long maintained that there is no evidence that the lintels were wrongfully obtained—one was part of a vast donation from the collector Avery Brundage, which helped found the museum in 1966, and the other was bought from a Paris dealer in 1968. Nevertheless, the museum decided to return the pieces, but due to its rules of governance, deaccessioning requires two votes to be held by San Francisco’s Asian Art Commission, six months apart. The first vote approving the return took place on 22 September, and the second vote will take place 30 March, after which the museum plans to hand over the lintels to the Department of Homeland Security by the deadline stipulated in the settlement, 9 April.