As Manhattan’s wealthy prolong their stays on Long Island, executive director Alex Logsdail says he is likely to extend his lease until September 2021 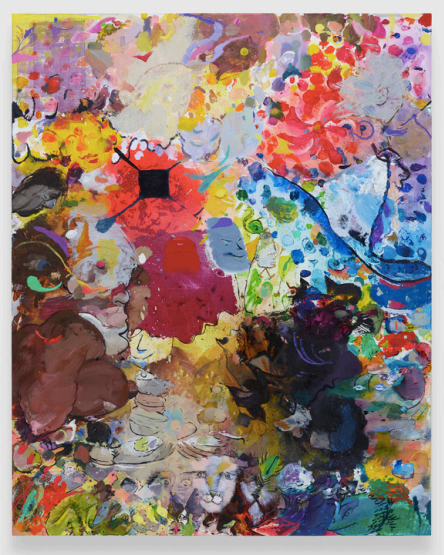 It has been almost a month since Lisson Gallery opened a space in the upmarket enclave of the Hamptons, joining the likes of Pace, Hauser & Wirth, Skarstedt and, most recently, Phillips auction house.

Since then, the London firm has shown one work a week on Long Island, starting with a large 1996 painting by Stanley Whitney, which sold for $850,000—a record price for the US artist, according to Lisson’s executive director Alex Logsdail.

From 20 August, the gallery will show a bustling, vibrant canvas by the Marfa-based painter Van Hanos. Lisson is using it as an opportunity to announce its representation of Hanos, who also shows with the Los Angeles gallery Château Shatto, while also serving as a taster for the artist’s solo exhibition in Lisson’s new space in New York City, at 508 West 24th Street, next spring.

Logsdail, who describes Hanos as a “virtuosic painter who can paint perfectly in any style, like Polke”, says the idea was to do something “engaging and exciting” in the Hamptons, but also something that was not going to be “an unreasonable demand on the artists”. Many other galleries who have recently set up shop in the area are showing secondary market works.

Harder Party (2020)—apparently not a reference to the Hamptons lifestyle—will feature alongside a group of other recent paintings by Hanos in a digital publication the artist has collaborated on with his friend and author, Stephen Intelkofer.

Of his newfound representation by Lisson, Hanos says: “It feels timely as my practice evolves and approaches new phases, so this extended support and expanded context is incredibly welcome. It's astounding to be joining a programme that is so historically impactful but that remains invested in bringing new positions in.”

With Hanos’s prices starting at just $5,000 (rising to $40,000), Logsdail says the gallery is being “very cautious” about who buys his work: “We are only selling to people that we really, really trust and have long term relationships with.” Few, if any, paintings come to secondary market. His auction debut comes at Phillips in New York on 30 September, with the work, Wishful Thinking (2016; est $4,000-$6,000), which is being previewed at the auction house's Hamptons outpost.

Logsdail himself has been living in the Hamptons since March and he believes many of the trusted local collectors—most from Manhattan—are planning to settle more permanently in the Hamptons or other nearby states including New Jersey and Massachusetts. As a result, he will most likely extend the lease on his outpost “through next summer”.

The exodus, Logsdail says, could potentially regenerate the New York art scene, which has become “sanitised” since Donald Trump was elected president. “A lot of these big companies that have office towers in New York City housing 5,000 staff are going be empty,” Logsdail says. “That will force rent down massively and should, in theory, allow artists to move back into Manhattan.”

His theory has legs. With high speed Covid-19 tests and plans for helicopter services to provide daily commuter passes to those working in New York City from September, it seems Manhattan’s elite have no intention of returning to the city any time soon.