The Calderstones are being studied, recorded and restored before their reinstallation 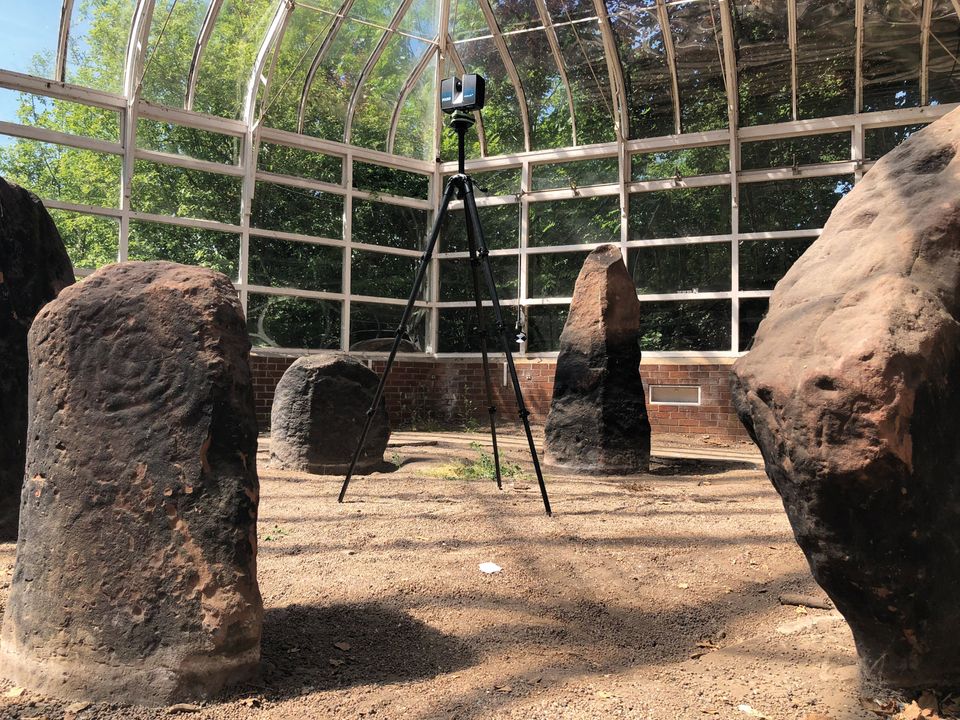 A project to study, record and conserve the Calderstones in Liverpool is under way. Originally part of a Neolithic burial chamber, the six megaliths take their name from Calderstones Mansion House to which they were moved in 1845. A glasshouse on the estate had served as their home for 50 years but the plan is now to treat and study them before they are reinstalled at the site, which is being revamped as part of a major rehabilitation of the house and grounds.

Phase one of the project involves assessing the condition of the carved sandstone rocks. This includes taking three-dimensional scans of the group to record their decorative carvings and present state of preservation. This work is being carried out by the London-based private firm, Orbis Conservation. This phase also involves looking at the best methods to lift them from the ground so they can be treated without damaging the stones and their decoration.

Hans Thompson from Orbis says fluctuations in temperature and humidity levels in the glasshouse have resulted in an accumulation of black carbonisation. One of the main issues, he says, will be to remove the salts and water that have seeped into the stones from the ground. When the stones are reinstalled in their new location and configuration (they had been arranged as a stone circle in the 19th century but will be reset in two lines as they would have been originally) between two new gardens, they will be placed back in the earth with a protective membrane to prevent further water absorption.

The aim is to reinstall the Calderstones later this year. The project is being carried out by the national charity The Reader, with the support of Heritage Lottery Fund, Liverpool City Council, and others.