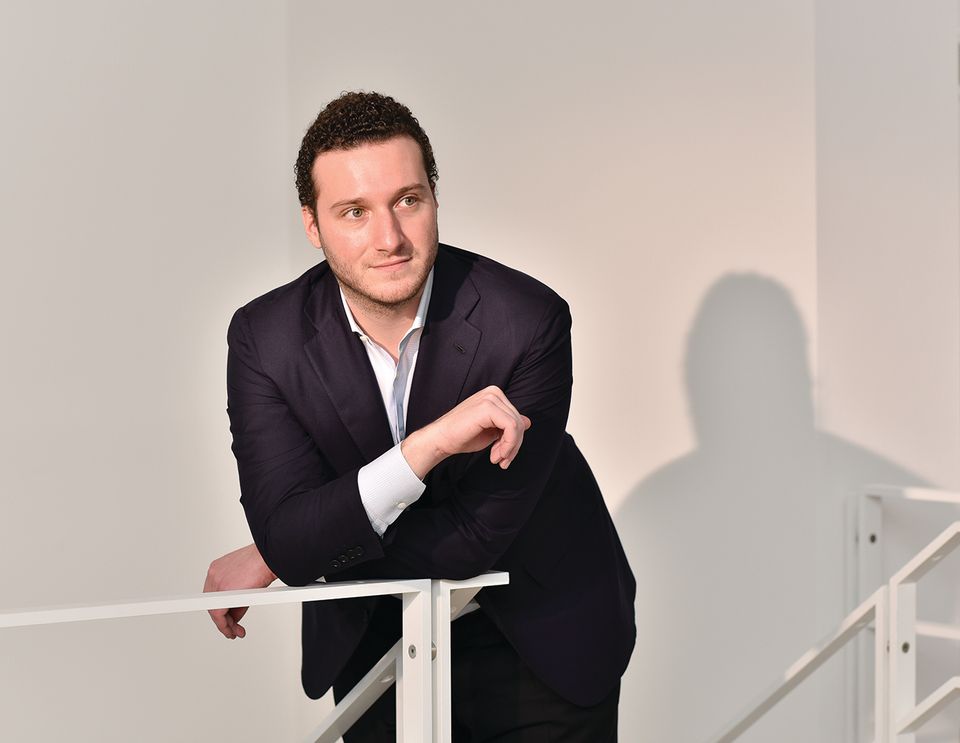 Art dealer Joseph Nahmad, who has admitted to assaulting his partner, has been spared jail © Photo: Nick Harvey, courtesy of Nahmad Projects

The London art dealer Joseph Nahmad was spared jail on Friday after attacking his ex-partner on two occasions, one time repeatedly banging her head against a wall at his multi-million-pound Knightsbridge flat during a drunken row.

Nahmad, who is 31, first assaulted Georgia Barry in October and again in March this year at his London home, both times leaving her with substantial bruises. He was given a 14-week suspended sentence at Southwark Crown Court, and must attend 20 days of rehab. The court also issued a restraining order, preventing Nahmad from contacting Barry.

Prosecutor John Fairhead told the court that Barry described Nahmad as “paranoid, jealous and controlling” and that he would constantly check her phone to see who she was talking to and messaging, according to the Daily Mail.

During the October assault, Nahmad pulled Barry by her t-shirt, grabbed her arms and threw her around the room. He later assaulted her in the bathroom, putting his hands around her throat until she could not breathe, the court heard.

During the second attack, Fairhead told the court how Nahmad grabbed Barry, slapped her face twice and held her down on the floor, kicking her legs. “He grabbed her around the neck with both hands and banged her head three times against the wall,” Fairhead said.

Nahmad tried to prevent Barry leaving the flat, saying he would not hit her if she answered his questions. “However, he slapped her twice in the face hard, took an energy drink from the fridge and sprayed it in her face and poured it over her head and back,” Fairhead said.

On 30 July, Nahmad pleaded guilty to two charges of assault, causing Barry actual bodily harm, but denied attacking her at the Mayfair nightclub Tape London. The latter charge was dropped by the prosecution.

In a statement, Nahmad described his relationship with Barry as “consensual” and “loving” but that “at times [it] became toxic”. Nahmad did not immediately respond to a request for comment.

Judge Jeffrey Pegden said there were mitigating factors in the case, describing Nahmad as “of good character”. The judge also acknowledged Nahmad had taken steps to address his offending behaviour, even before he was arrested. “You have found yourself a counsellor that you have been going to twice a week and I take into account your lack of maturity that the psychiatrist refers to and the extensive character references I have seen,” the judge told Nahmad. He added: “At work and other areas of your life you are an entirely different person.”

Nahmad comes from one of the most powerful art dealing families in the world, known for its vast collection of Picassos, worth at least $1bn and stored in a duty-free warehouse in Geneva, Switzerland. He is the son of Monaco-based collector Ezra Nahmad, who established the business with brothers David and Giuseppe. His cousin, also named Joseph Nahmad, runs Nahmad Contemporary in New York, but the two businesses are unrelated.

The London-based Joseph followed in the footsteps of his father and uncles in 2016, launching Nahmad Projects on Cork Street with the Italian dealer Tommaso Calabro. They specialise in mixing historic pieces by the likes of Jean Tinguely with cutting edge contemporary works.