But being smaller can mean lower overheads and more nimble business models, with some venues more upbeat than others as the shutdown hits 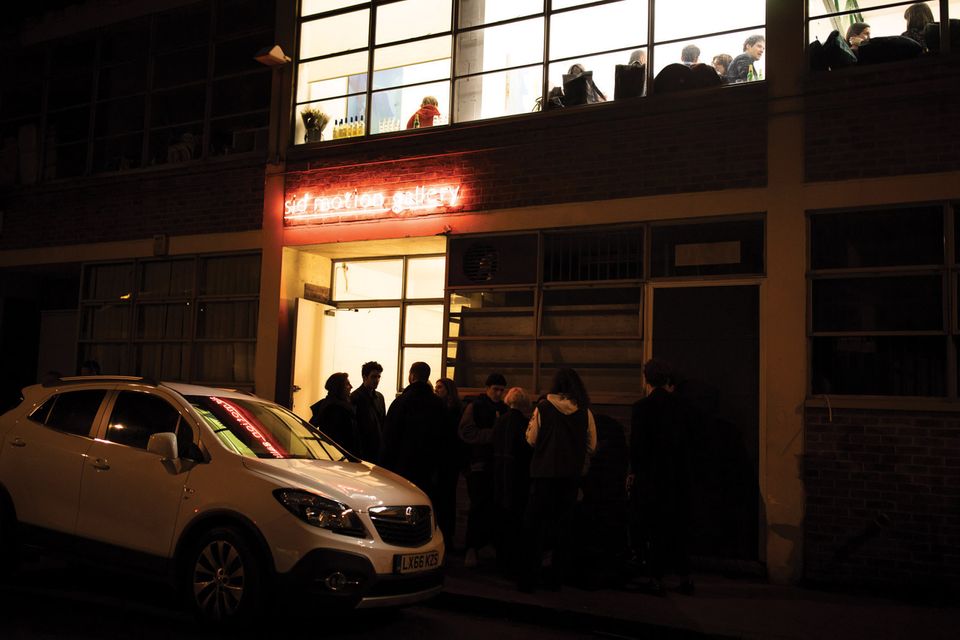 “Coronavirus will drastically affect all galleries—we are all in crisis mode,” says Rózsa Farkas, the founder of Arcadia Missa, one of London’s most dynamic young galleries, which launched as a project space in Peckham, south London, in 2011 and is now based in Soho.

Over recent weeks, there has been an unprecedented shutdown of art market events, with auctions, fairs and galleries closing in their droves as the coronavirus (Covid-19) pandemic sweeps the world. But, while London’s smaller galleries brace themselves for steep cuts to already meagre incomes, some dealers say their relatively modest size and nimble business models could in fact make them more adept at operating while the city goes into lockdown.

“We don’t have huge overheads, so we can really go into shutdown mode,” says Leopold Thun, who co-founded Emalin with Angelina Volk in 2014, initially as an itinerant enterprise that found a permanent space in Shoreditch, east London, in 2016. “We pay our rent and have one employee, but we don’t have warehouses where we store our work,” he adds. “In some respects we’re safer than a lot of other galleries.”

The question is, just how long can galleries survive without a shopfront and a physical exhibition programme? “I was quite alarmed to hear the British government saying this could go on for up to 12 months,” says Jeremy Epstein, who co-founded Edel Assanti, based in central London’s Fitzrovia, with Charlie Fellows during the last recession in 2010. “My background reading of the situation is that by September, there will be some degree of business as usual. There are very few galleries in the world that would be able to survive a year on lockdown.”

Epstein adds: “Those with the higher overheads are the most exposed, if you have high overheads then you are a ticking time bomb. You’re going to have to offload them fast.” 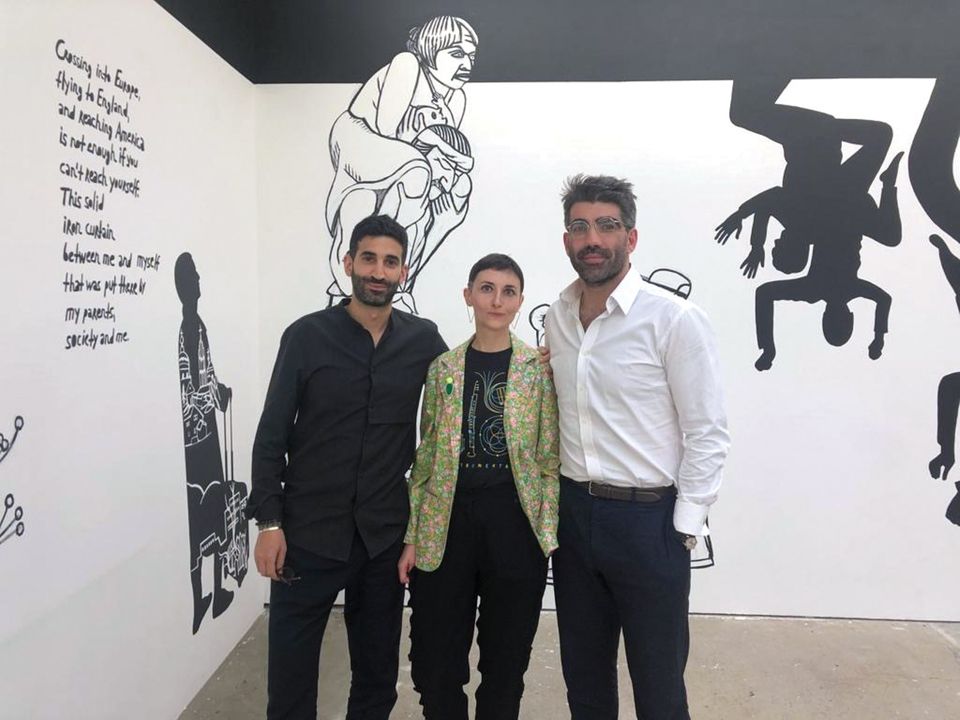 The UK government has announced some measures to help small firms, scrapping business rates for 12 months, deferring VAT payment until the end of the year and offering £10,000 grants for those who employ fewer than 100 people. In addition, many dealers say they are now looking to negotiate a rent reduction with their landlords. Epstein warns that spaces will stand empty if the government does not strike a deal with landlords. “They are going to have to decide on what they want: today’s buck or long-term sustainability?” he says, adding that greater detail is needed on the government’s bailout package. “For instance, Westminster Council aren't even sure exactly who the rates relief applies to and who is excluded,” he says.

Freya Simms, the chief executive of the UK gallery association Lapada, says that while the government’s support package is welcome, “the reality is it is not enough yet and more clarity is needed”. She adds: “Through BAMF [the British Art Market Federation] we are in regular contact with the DCMS [the Department for Digital, Culture, Media and Sport] informing and recommending what is needed, particularly with so many small, independent businesses.” But, Simms says, the economic impact is only half the story: “The majority of our members are independent dealers who don’t have the back up of larger organisations. As such, isolation and mental health is of real concern and we are developing a package of tools and initiatives to support them over the weeks and months ahead to keep them connected.”

In the absence of real-life exhibitions, dealers and art fairs are turning to digital solutions, although they are yielding mixed results—sales last month in Art Basel Hong Kong’s Online Viewing Rooms, for example, were thin, particularly for smaller galleries. Aside from the need to develop the technology behind these viewing rooms, the prospect of recession and diving stock markets—not to mention concerns over health and security—are severely restricting spending.

As a result, dealers recognise that they are having to get creative in the digital sphere. Epstein says his gallery is “switching to an equivalent online presence” where possible (a forthcoming show by Lonnie Holley is on hold due to the performative nature of his work), but Epstein stresses that it “doesn’t mean just posting content on Instagram”. Instead, his team plans to produce a series of short films of artists in their studios as well as presenting virtual exhibitions of new works.

But will such measures translate into sales? Epstein says it is hard to quantify how the digital migration will affect business, but he is fully expecting commercial operations to be “pared back” in the coming months. Cautiously optimistic, he adds: “Our mission statement remains intact, which is essentially to create a cultural conversation. Hopefully, by presenting new work online, it will give people an opportunity to continue transacting with us.”

For many, the prospect of a severely reduced art fair calendar is a major concern, even if the events put enormous financial pressure on emerging galleries; fair fees alone can set a dealer back £25,000, not to mention the accompanying flights, shipping, hotel and entertainment costs. According to the latest Art Basel and UBS Global Art Market Report, art fairs account for 45% of galleries’ annual income (as well as a quarter of their budgets).

To date, the majority of the spring art fairs have been cancelled or postponed till autumn, an already crowded hotspot in the fair calendar. Emalin was due to exhibit at Art Cologne, which has been postponed from April to November, but, due to other commitments, the gallery is having to weigh its options. “Our focus is still on the gallery and we can’t be gone for two months,” Thun says, adding, “We have not yet made any payments to Art Cologne.”

For others, however, costs have already been incurred. Sid Motion, the founder of the eponymous gallery that was established in King’s Cross, north London, in 2016 and moved to South Bermondsey in 2019, was due to take part in Photo London, which has been postponed from May to early autumn. She has already commissioned and paid for the production of new works as well as the majority of booth costs. “I do plan to do the fair when it is rescheduled,” she says. “As far as I have been told, the booth costs I have paid will be carried over to then, and I intend to show the new work already in production.” Although she has had to cancel the two-day South Bermondsey Art Trail in April, Motion hopes to continue her exhibition programme. Her next show, by Joseph Goody, is launching online on 23 April and “viewings will be welcomed on a one-on-one basis, unless we are advised otherwise”, she says.

It’s a 20th-century model existing in the 21st century. It’s crying out for updating

Meanwhile, The Sunday Painter, based in Vauxhall, south London, is looking at postponing programming for three to six months. Emma Hart was due to have her first solo show with the gallery in April; instead the gallery is offering her works privately but stipulating that they must be loaned for an exhibition when the space reopens.

Co-founder Will Jarvis says there is now huge pressure to keep artists afloat. “We’ve got to tread carefully in that we need to make sure our artists are financially okay, but we can’t bankrupt ourselves in doing so—we need to survive as an entity for their own wellbeing,” he says.

So could the current emergency give rise to a more sustainable and forward-thinking art market—and, crucially, a return to galleries? While he acknowledges their benefits, Jarvis describes art fairs as having become a “necessary evil” in recent years. “They have become a crutch for the industry, with galleries really shouldering the burden for fewer and fewer sales,” he says. “So for me, a kind of Darwinian struggle between [fairs] resulting in stronger sales at those that remain would be a blessing.”

For an industry that was already at tipping point, pressing pause might not be an entirely bad thing. “There needs to be some time for reflection and assessment and not just charging along because everyone else is charging along,” Jarvis says. “It’s a 20th-century model existing in the 21st century. It’s crying out for updating.”