Looted in the 1980s, a sacred stele at the Dallas Museum of Art is headed back to Nepal

After FBI investigation, sculptural antiquity lent by a collector is determined to have a disturbing provenance 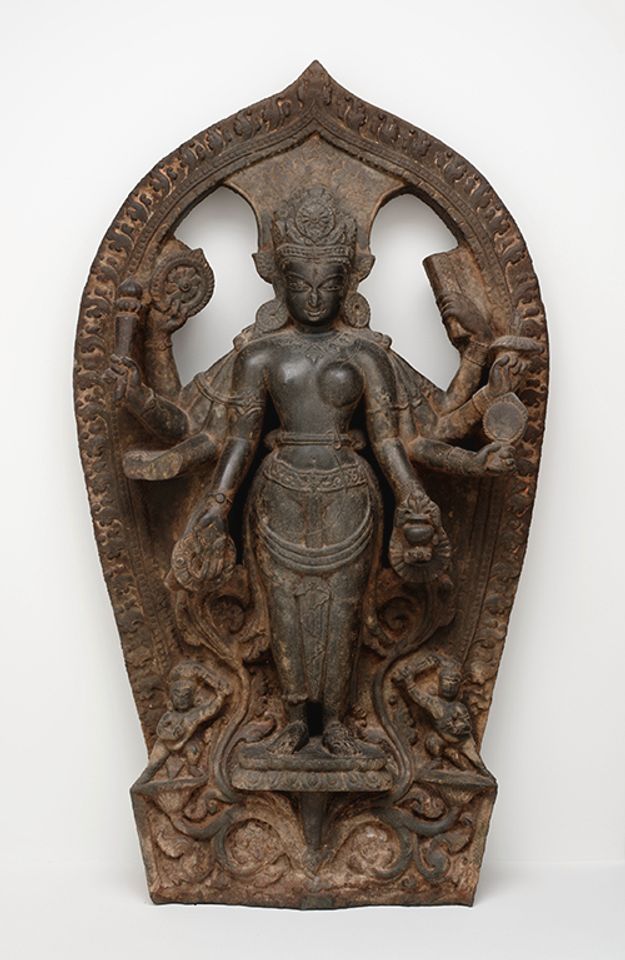 The eight-armed Stele of Lakshmi-Narayana from around the 10th or 11th century, depicting two Hindu deities in an amalgam Courtesy of the Dallas Museum of Art

A 10th- or 11th-century stele that disappeared from a Hindu shrine in Nepal in 1984 and was later lent by an American collector to the Dallas Museum of Art (DMA) is being turned over to the Nepalese Embassy in Washington, DC for repatriation.

The stele, carved in grey stone, depicts two Hindu deities, Vishnu and his consort, Lakshmi, as a composite. It had been on loan to the Dallas museum since 1990, soon after it was auctioned at Sotheby’s in New York.

In November 2019, the museum became aware of questions about the work’s background and contacted the Nepali Embassy in Washington, DC with the support of the collector who lent the work. The FBI then contacted the lender and the museum to reach a resolution allowing the transfer of the stele to Nepal.

The DMA declined to identify the lender. But news reports have identified him as the antiquities collector and scholar David T. Owsley, who has pledged to leave his South Asian holdings to the museum. The stele is among the promised gifts.

“As soon as we became aware of additional information on the stele, we began working with the lender and with the Embassy of Nepal to determine an ethical and appropriate course of action,” says the DMA’s director, Agustín Artega. “We are pleased to ensure the safe transfer of this invaluable object to its home” in Nepal.

“The Dallas Museum of Art is committed to responsible stewardship of the objects in our care and rigorous provenance standards,” Artega says.

Sotheby’s did not immediately respond to a query on the identity of the seller and what it knew of the sculpture’s provenance when it was auctioned in 1990.

Known as the Stele of Lakshmi-Narayana, the revered sculpture resided in a temple in the Nepalese city of Patan, near Kathmandu, until it vanished in 1984. “If you saw it on display” in a gallery in Dallas, “it was the polar opposite of how it was displayed in Nepal,” says Erin L. Thompson, an associate professor of art crime at the John Jay College of Criminal Justice in New York. “In Nepal, people visit them [statues of deities] every day and anoint them with powders and oils, and pray for them.”

Today, that temple has CCTV cameras and security, she says, raising the prospect that the stele can safely go back on view. After its 1984 disappearance, the sculpture was replaced by a replica.

It was a tweet in November 2019 by Thompson identifying the stele in Dallas as stolen that appears to have alerted the museum to the object’s shaky provenance. The museum tweeted the next day that it took the allegation “very seriously” and was looking into it, and it removed the object from display a month later. Then the F.B.I. got involved, which Thompson argues would have been unnecessary had officials at the Dallas museum not “dragged their feet”.

She pointed out that the museum demanded an official police report from Nepal, for example, on the theft of the statue. Thompson also wrote an article for the website Hyperallergic in January in which she detailed the situation surrounding the stele.

Responding to Thompson’s comments, a museum spokeswoman said: “The DMA, with the support of the lender, contacted the Embassy of Nepal as soon as new information became available on the stele. The discussions between the museum and the Embassy of Nepal were cordial and productive, and to encourage open and direct conversations of this type, the museum does not comment on the specifics. We can say as a general statement that asking if objects that are believed to be stolen were reported as stolen is by no means an uncommon question as part of due diligence.”

Unesco says that Nepal suffered the greatest loss of its antiquities through plundering from the 1960s to the 1980s, and that while the looting has declined in recent years, it has not ceased, especially in remote areas and at unattended monasteries. Pressure for the restitution of looted Nepalese art has mounted in recent years since the publication of works such as Stolen Images of Nepal (1989) by Lain Singh Bangdel and The Gods are Leaving the Country: Art Theft From Nepal (2006) by Jürgen Schick. 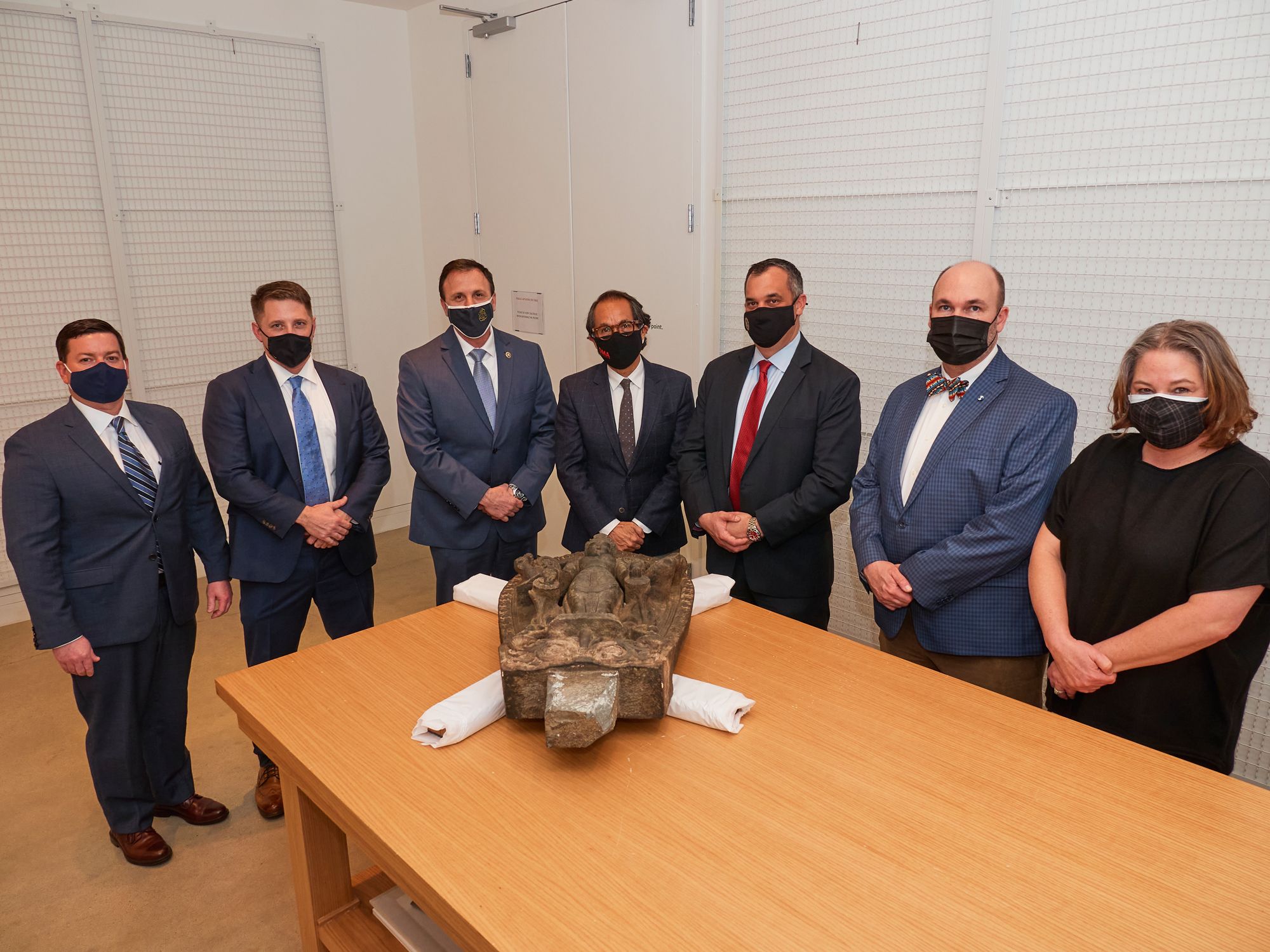