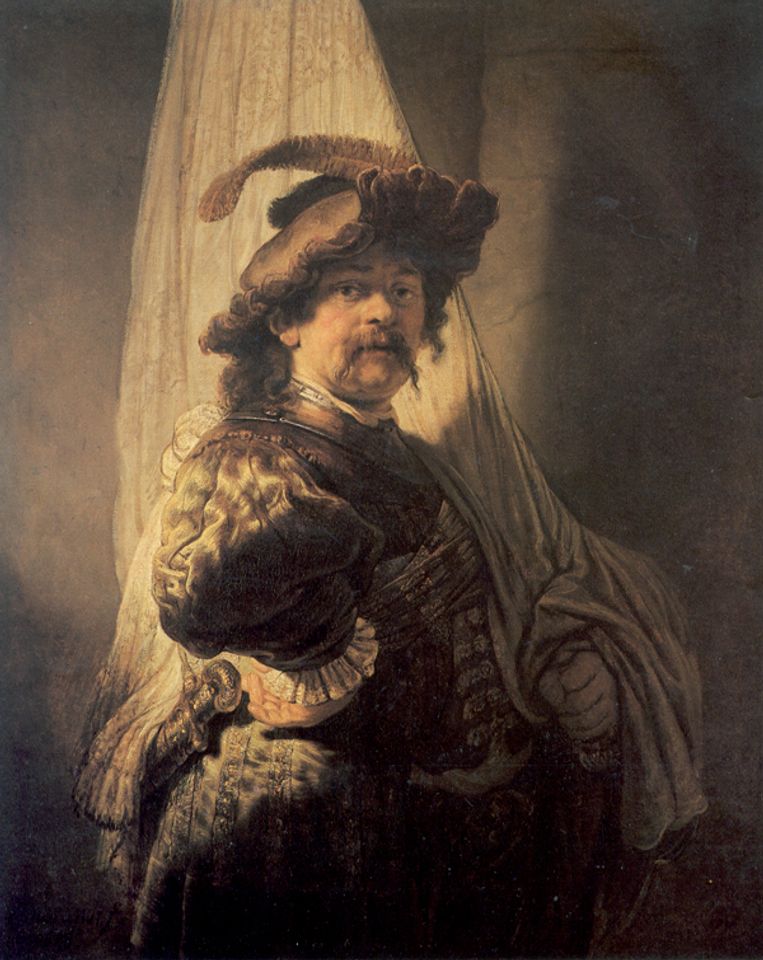 The Louvre is planning to buy Rembrandt van Rijn's The Standard Bearer (1636) after France's culture minister Franck Riester announced that is has been classed as a "national treasure". On Friday 19 April, Journal officiel, which publishes France's major legal changes and decisions, printed the decree deferring the painting's export licence and giving national museums first refusal on the work—so-called "pre-empting".

The Louvre now has 30 months to find the necessary funds—an undisclosed sum—to prevent the work from leaving the country. The flamboyant painting of a full-scale figure has been owned by the French branch of the Rothschild family for more than 180 years.

When Jacob James de Rothschild bought The Standard Bearer for £840 in 1840 at a Christie’s sale in London, it was perhaps the earliest purchase of a Rembrandt by a member of the banking family. The work was inherited by his son Edmond de Rothschild, who donated a collection of 40,000 prints and 3,000 drawings to the Louvre, including a selection of Rembrandt’s etchings and drawings, in 1935. The painting, which was previously in the collection of the English monarch King George IV, now belongs to the children of Élie de Rothschild, who died in 2007.

The Louvre's bid to buy the work comes three years after it jointly purchased, together with the Rijksmuseum, the two Rembrandt's portraits of Maerten Soolmans and Oopjen Coppit (both 1634) from Eric de Rothschild for €160m. The sale closed a bitter controversy sparked by the Louvre's initial recommendation to allow the works to be exported because it could not raise the purchase price. The funds ultimately came from France's central bank.

According to the book A Corpus of Rembrandt's Painting (1982-2014), The Standard Bearer is “very well preserved". It is described as “set down rapidly, with mostly broad strokes" of brown, gold and white hues, and was painted in the same year Rembrandt created his famous Danae, which now hangs in Moscow's State Hermitage Museum. The costume of the soldier in The Standard Bearer is partly modelled on those of early 16th-century mercenary soldiers called the Landsknecht. Rembrandt may have been inspired by engravings by artists such as Hendrick Goltzius that celebrated these fighters of the war for independence against Spain.