The Yorkshire Sculpture Park (YSP) will hold an exhibition that uses technology to challenge travel restraints on artists. Beyond Boundaries: Art by Email (7-29 January 2017) has invited artists from the Middle East who may find it difficult to enter the UK, often due to political circumstances, to submit proposals for work that can be sent by email. The proposed works include sculptures that can be 3D-printed, performances by instruction, photography, and film and sound works.

YSP have received around 60 proposals since the call for submissions was released in August from countries including Syria, Iraq, Palestine, Egypt, Turkey and Iran. Around 14 projects will be selected by 10 November.

The project was inspired by YSP’s experience of working with artists who struggle to obtain visas and those who are too fearful to even apply. “There’s so much brilliant art out there that’s not getting a platform because of difficulties in travelling,” says the senior curator, Helen Pheby. The exhibition is part of YSP’s ongoing partnership with ArtRole, a UK- and Iraq-based contemporary arts organisation that develops cultural exchanges with the Middle East. 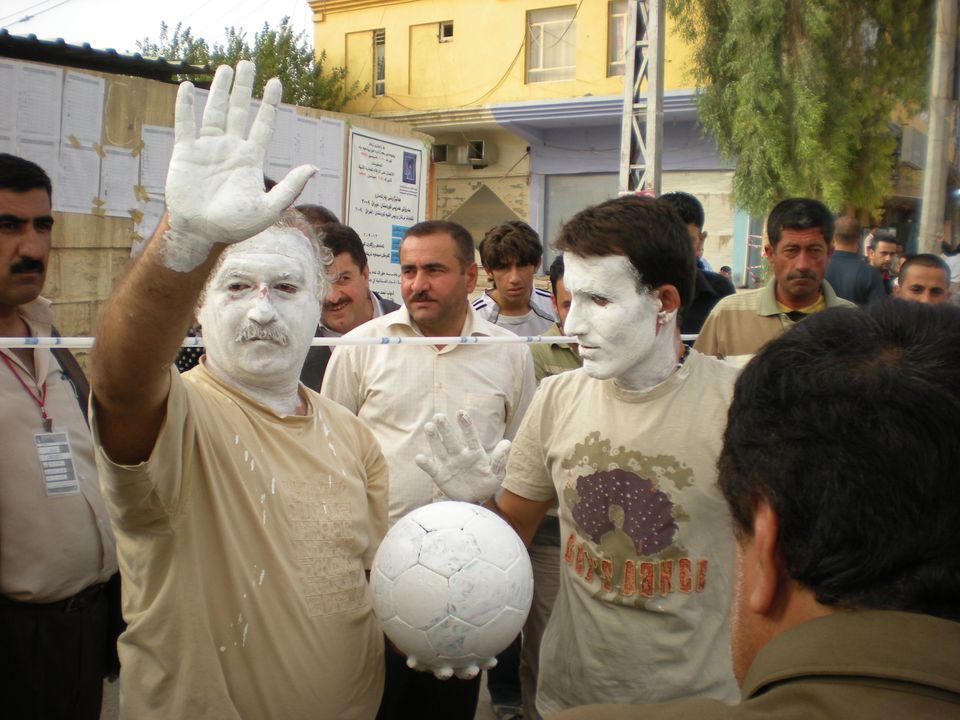 A virtual residency with the Iraqi-Kurdistan artist Azar Othman Mahmood will coincide with the exhibition. Pheby says that YSP have wanted to work with Mahmood, who produces socially engaged installation works, for years but they have struggled due to travel complications. He was previously denied entry into the UK to attend an exhibition at Manchester’s Cornerhouse Art Gallery that included his own work. Mahmood will Skype with an audience at YSP on 21 January and visitors to the park are encouraged to use social media to communicate with him using the hashtag #ForAzar.

Although using technology in such a way is new to YSP, Pheby hopes that this will be the start of a series of programmes. “If it goes well, I hope that we will be able to make the event annual and expand it to other countries and regions with similar difficulties,” she says.