Excavation tells a poignant story of an unfortunate Roman 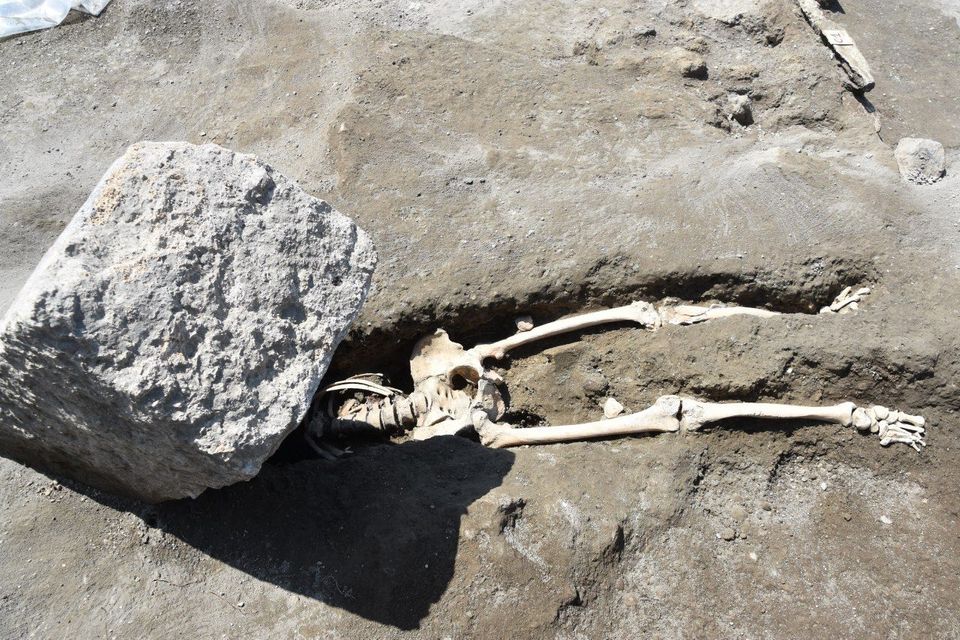 He was limping heavily from an infection of the tibia as he tried to flee the eruption of the volcano in a miasma of poisonous fumes and a hail of small stones. Clutched in his hands was a small bag of silver coins. For some reason he turned to face the mountain and then was hit by a huge block of falling masonry that took off his head. The year was 79 AD and the place, Pompeii.

A report in La Stampa newspaper describes the care with which excavations are being conducted in the ancient Roman city south of modern Naples that was completely buried in two days by the ash and lapilli (small stones) shooting out of erupting Mount Vesuvius. Not until 1748 did it begin to be excavated, to huge excitement all over Europe as this time capsule of Antiquity was revealed.

The skeleton of this man, who was around 35 years-old, was found last week in the sector of the town called Regio 5, between the so-called Street of Balconies and Street of Silver Weddings. Around a third of the 66-hectare site remains to be excavated, and nowadays, unlike in the 18th and 19th centuries, the hunt is above all for knowledge, not just for objects: what can the ground itself, the vegetable, animal and human remains tell us about this prosperous Roman city of 35,000 people where only 1,100 skeletons have been found to date?

The team includes experts in ancient botany and zoology, surveyors, and physical anthropologists, led by Massimo Osanna, the director general of the archaeological superintendency of Pompeii. Engineers are also taking part because this is a highly seismic area and the site is at risk of a landslide from the nearby five-metre-high mound of volcanic material and excavated earth.