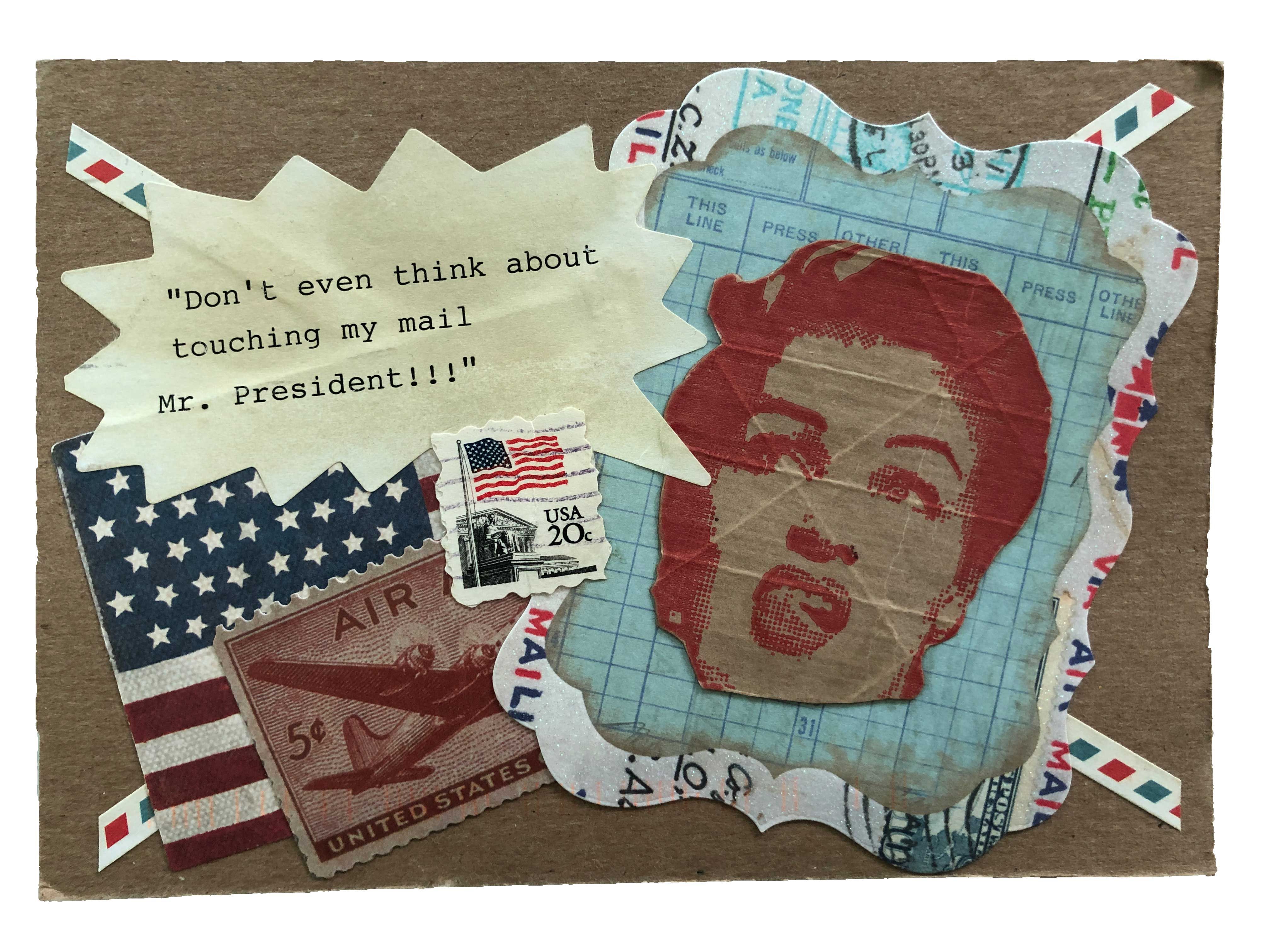 When the coronavirus pandemic first started sending major cities into lockdown, the artists Mark Mothersbaugh and Beatie Wolfe, who had already been discussing a collaboration, decided to turn to a simple and direct form of communication they had both found was a useful creative medium: mail. Their project took on a bigger scope when the 225-year-old US postal service (USPS), already floundering financially, suddenly became a political target, with President Donald Trump disparaging mail-in voting efforts and installing a new Postmaster General who has attempted to make controversial changes that could have a drastic effect on mail delivery. And so the pair opened up their collaboration to the whole country, launching Postcards for Democracy, a mail art effort that invites anyone with an idea and a 35-cent stamp to send a card to the artists, with plans for an exhibition in the works.

“During lockdown, the one thing that was keeping me sane, was just writing, sending letters and bits of mail off,” says Wolfe, an artist and musician who creates works that merge the physical with the digital. “We realised we can be giving people a creative outlet and we can be celebrating something that we both love and believe in, but it has a knock-on positive effect, both on the USPS—if you don't use it, then we'll lose it—but also our right to vote, which should never have been entangled in all of this,” Wolfe adds. “We had already been interested in mail art and it kind of gave it a focus and a purpose.” 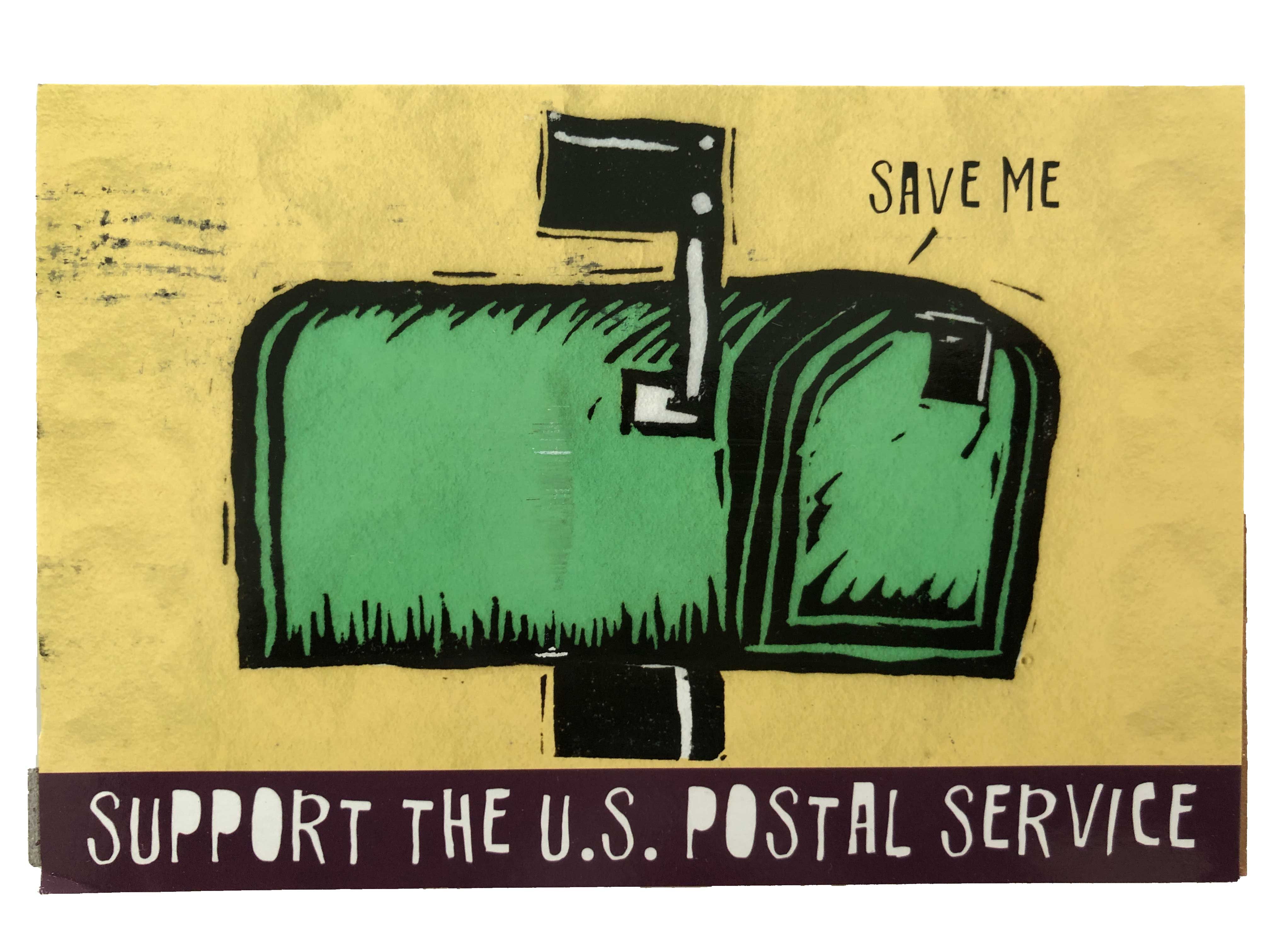 “We don't want our post office to go away,” says Mothersbaugh, who co-founded the experimental rock band Devo, and has kept a postcard diary and exchanged hand-made works since he was a young man, which have been displayed before in exhibitions. He started creating mail art in the late 1960s, “when it was a very popular and portable art form”, he says. “It was possible to send something to a Robert Rauschenberg or Jim Dine, and maybe get something back—Andy Warhol didn't send me anything back, but he was always busy. When you're a nobody kid in the middle of the great wasteland out there, and one of those people would take the time to retaliate with something, that was an amazing thing in itself.”

“I just loved the idea of art being transported by the mail service anyhow,” Mothersbaugh adds. “Postcards were created to send messages to anybody, like a loved one usually. And you end up sending them something that gets touched by a lot of other humans, and they get to check in on what you're sending too in a way.” He says he still regularly gets postcards from other artists every week, but with this new project, that has “turned into an avalanche”, with enough responses arriving in his mailbox to “fill one of Santa’s bags” every day. 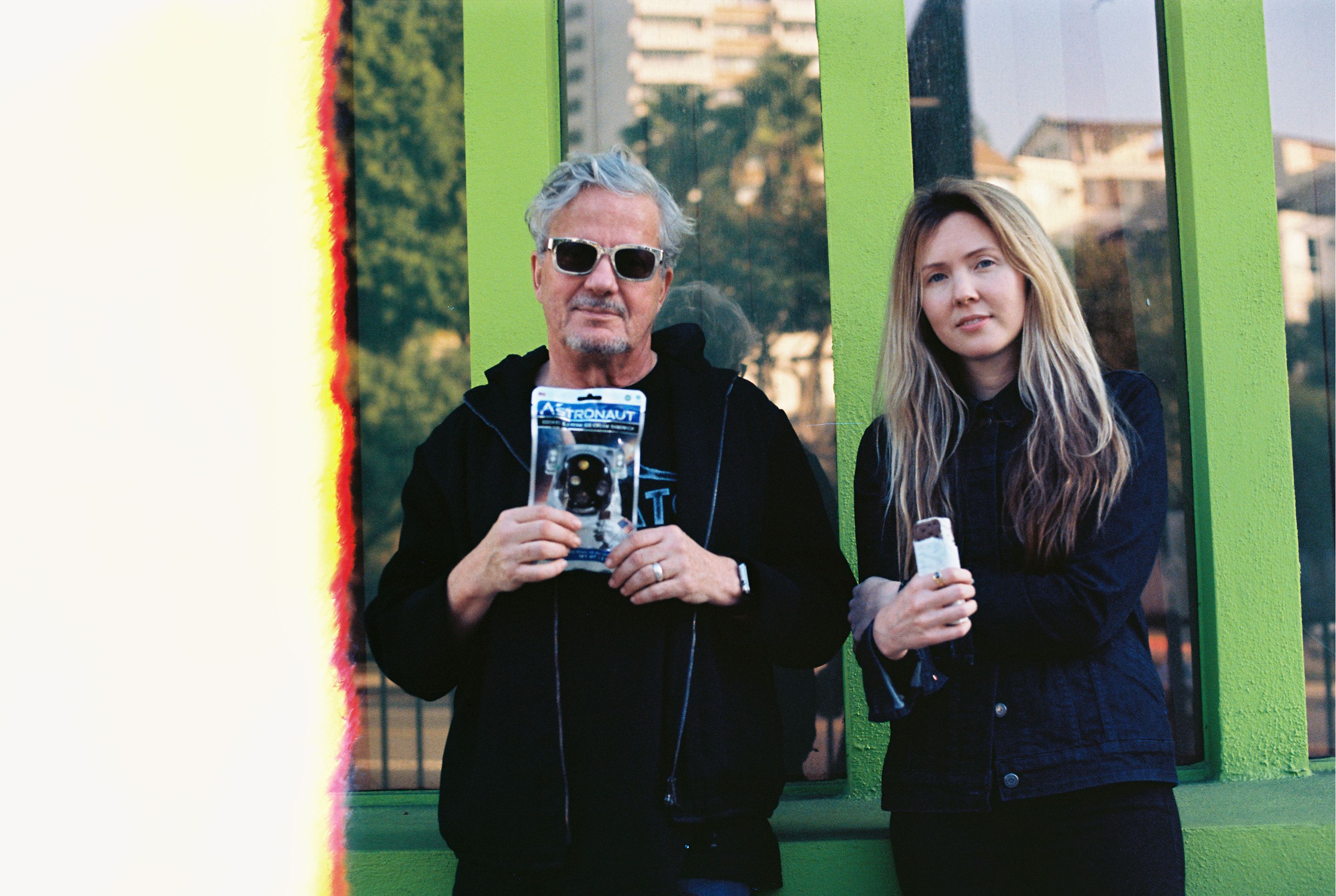 The postcards people send can be deeply personal, sharing their thoughts as well as their artistic interpretations of what is going on in the world and in politics. “It just seems like it's a good mental health project among other things,” Mothersbaugh says. Sending a written note to a friend or family are the kinds of experiences “that really keep us alive inside that we need to reclaim”, Wolfe adds. “Sending mail is this tangible art form, there's a ceremony to it, there's a story to it… it’s one of the great connectors that we have to remember, that it's there and it's so magical. And the fact that it is 35 cents to send something in, it makes it very inclusive as well, which is really important.”

Submissions are already being shared on the project’s website and Instagram page, and there are also plans to display the full collection of what has been received “because they look beautiful together,” Mothersbaugh says. The artists have even received feedback from the head of the director of mail services for USPS, who loves the project Beatie adds, and potential next steps could involve partnering with the agency in some way. Anyone interested in participating just needs to buy a stamp and mail their creations to 8760 Sunset Boulevard, CA 90069-2206. The postcards have to meet the USPS requirements to be mailed for the 35-cent rate, but there are few other limits on what can be sent in. “If I was putting out a request, it would be nothing that I would have to evacuate the building for,” Mothersbaugh says. “Doodling is allowed.”