Maurizio Cattelan’s golden toilet, once offered to Donald Trump, is on its way to the UK 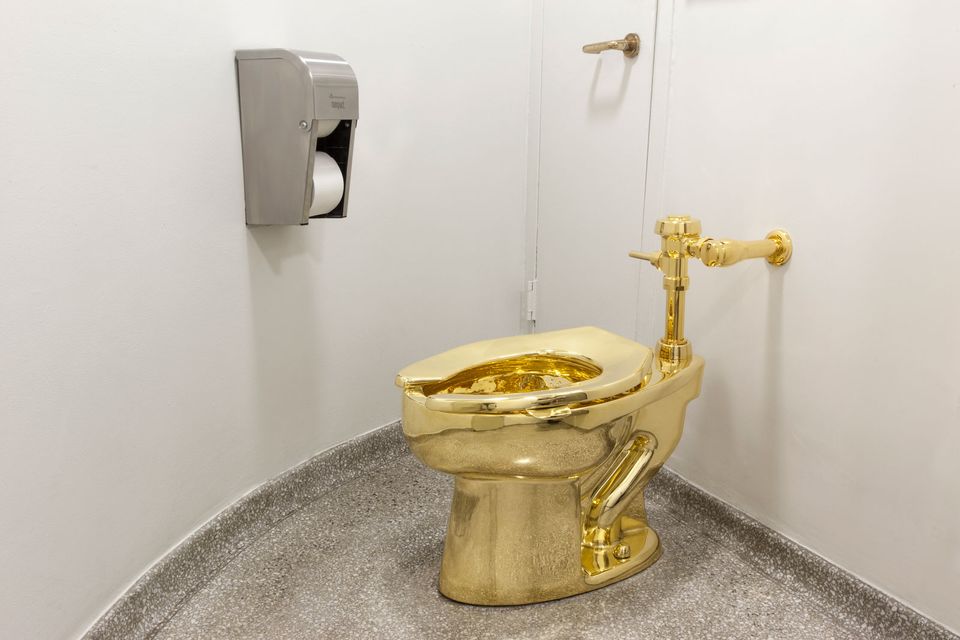 A cheeky work by the Italian artist Maurizio Cattelan is sure to cause a splash when it goes on show at Blenheim Palace later this year. The solid 18-karat gold toilet, titled America (2016), will form part of the artist’s first solo show in the UK in two decades, which will open in September at the 18th-century stately home in Woodstock, Oxfordshire.

The sculpture is a fully functioning toilet and was originally commissioned for the lavatories of the Solomon R. Guggenheim in New York, where it was in place for almost a year from 2016 to 2017. The interactive work was visited by almost 3,000 visitors a day, according to data supplied by the museum for our 2017 Art’s Most Popular survey, although this does not mean all those people spent a penny on the golden throne. While visitors could use the facility in private, the work proved popular on social media.

America also hit the headlines early last year after it was revealed the work had been offered to Donald Trump by the Guggenheim’s chief curator Nancy Spector. The White House has asked the Guggenheim if it could borrow Vincent van Gogh’s Landscape With Snow (1888) to be hung in the president’s private quarters. However, Spector declined the loan and instead offered Cattelan’s work, perhaps with Trump’s penchant for golden towers in mind. 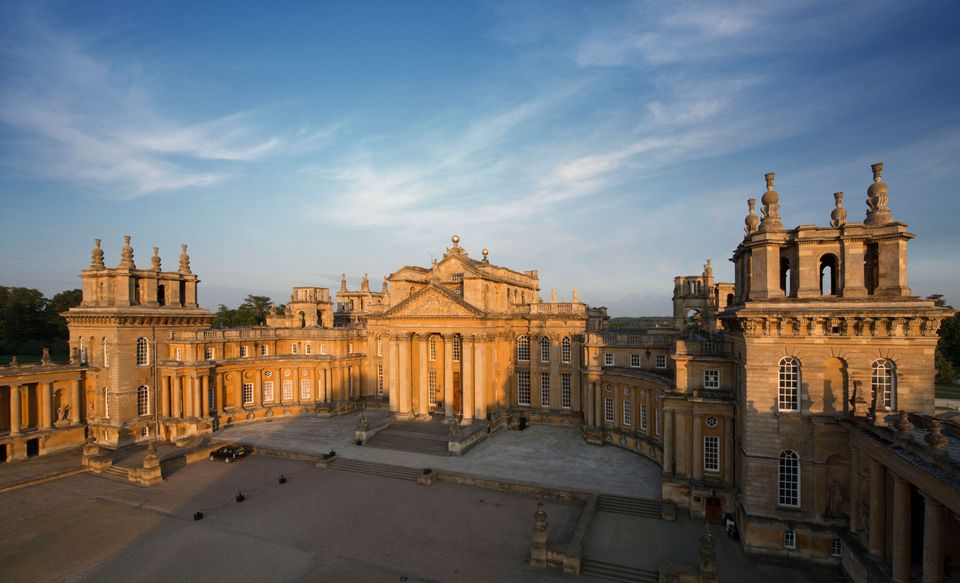 In a 2017 blog, Spector wrote that the work “is at once humorous and searing in its critique of our current realities. Though crafted from millions of dollars’ worth of gold, the sculpture is actually a great leveller.” In her response to the White House, she added some art historical context, explaining how the “work beautifully channels the history of 20th-century avant-garde art by referencing Marcel Duchamp’s famous urinal of 1917”.

The exhibition will be the sixth contemporary art show at the palace, following last year’s survey dedicated to Yves Klein and previous ones by artists such as Jenny Holzer and Ai Weiwei. America will be installed in a bathroom next to the room where Winston Churchill was born; the palace has been in the Churchill family for more than 300 years.

“Few artworks from the last decade have written themselves so immediately into art historical folklore in the way that America has,” says Michael Frahm, the director of Blenheim Art Foundation. “I consider it to be a modern masterpiece that touches on timely social and political ideas while also speaking to a universal humanity.” Further works are yet to be announced. 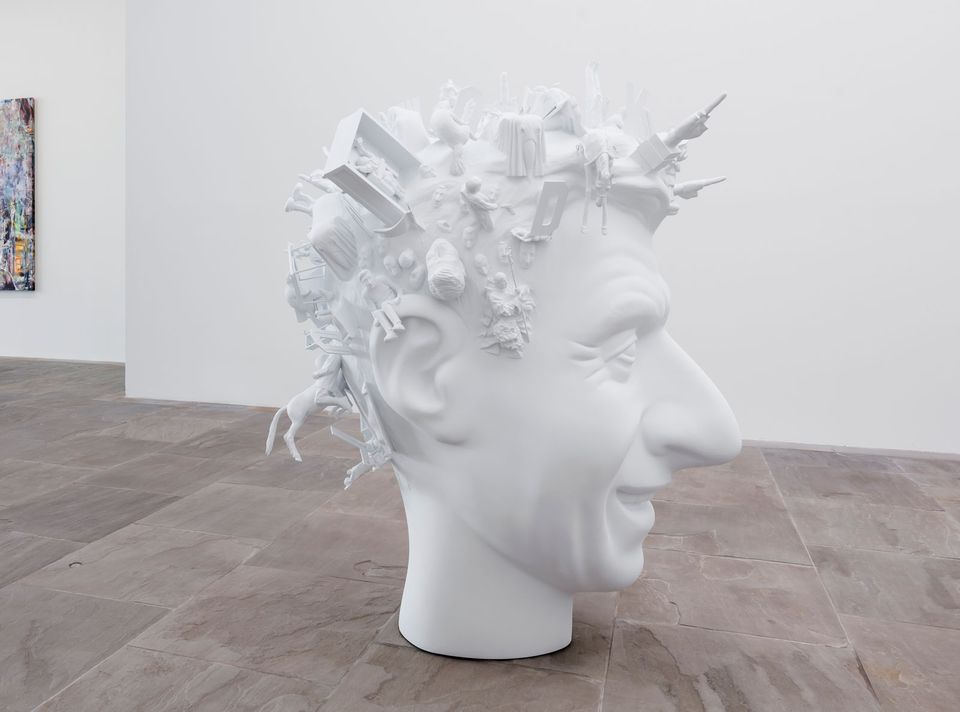 Meanwhile, a new work by Cattelan—a sort of “greatest hits”—was unveiled at the Fondation Carmignac on the island of Porquerolles, south of France, last month. Untitled (2019) forms part of the group show The Source (until 3 November), the second exhibition at the foundation that only opened last year.

The specially-commissioned sculpture took the exhibit’s title and theme as its inspiration and features models of all of Cattelan’s best-known works emerging from his head. “[Cattelan] says the source is someplace you are afraid to go,” explained the foundation’s director, Charles Carmignac, during a preview of the show.

A new work, Untitled (2019), by Maurizio Cattelan in The Source (13 April-3 November) at the Villa Carmignac on the island of Porquerolles in the south of France #villacarmignac #FondationCarmignac #porquerolles #contemporaryart #mauriziocattelan #him

As well as America, the new sculpture also shows miniature versions of La Nona Hora (1999), Cattelan’s sculpture of the Pope John Paul II hit by a meteorite, and Him (2001), a wax model of a kneeling Adolf Hitler. The new sculpture was made in Carrara, famed for its marble used for sculptures—but in a suitably Cattelan-twist it is instead made from polystyrene, epoxy resin and fibreglass.