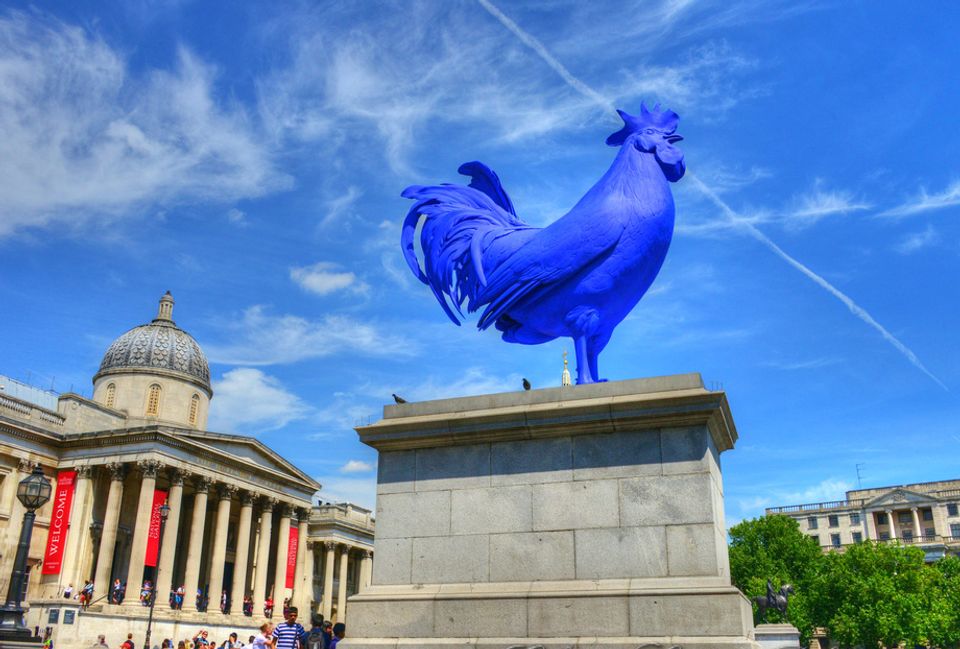 The Mayor of London’s office has rejected claims that a statue of Prince Philip is planned for the fourth plinth in Trafalgar Square. According to the Sunday Times, a memorial statue of the Duke of Edinburgh is being considered for the prime location, effectively ending the Fourth Plinth series of contemporary art sculpture commissions which first began in 1999.

The Fourth Plinth commission is led by the Mayor of London’s culture team. Justine Simons, the deputy mayor for culture and creative industries, says in a statement that the “Fourth Plinth has been delighting Londoners and visitors for the last 20 years with bold, imaginative artistic commissions. There are currently no plans for a permanent statue or sculpture of any description to occupy the plinth.”

It is unclear where the proposal for the statue of Prince Philip, 98, comes from; the memorial would reportedly be commissioned after the Duke’s death. A spokesman for Buckingham Palace did not immediately respond to a request for comment.

In March last year, the US artist Michael Rakowitz unveiled the latest Fourth Plinth work, entitled The Invisible Enemy Should Not Exist, which recreates an Assyrian winged bull with a human head, known as a lamassu, created in the ancient Mesopotamian city of Nineveh in 700 BCE. It wears what the artist has called an “armour” of colourful date syrup cans, which Rakowitz identified as a symbol of the Iraqi people and the refugees that have fled the country in recent years.

Rakowitz’s sculpture is the twelfth work to occupy the plinth. The piece will stay on view until 2020 when a sculpture by UK artist Heather Phillipson (The End) will take its place. Other artists commissioned include Elmgreen & Dragset (Powerless Structures, Figure 101, 2012) Katharina Fritsch (Hahn/Cock, 2013) and Marc Quinn (Alison Lapper Pregnant, 2005).

Ben Luke, the contemporary art critic at the Evening Standard and Review editor at The Art Newspaper, says: “Of course the quality of the works on the Fourth Plinth has been uneven but I think it’s overwhelmingly been a force for good.”