Why Miart is starting to attract high-profile exhibitors Milan's contemporary art fair Miart (13-15 April)—once a fairly parochial affair—is getting stronger and seemingly more appealing to big international galleries. Under Alessandro Rabottini, in his second year as Miart's artistic director, the fair mixes Modern art (predominantly but not entirely Italian, and represented by more than 45 galleries in the Established Masters section), rising contemporary artists (in Emergent) and also, fittingly for the city widely accepted as the spiritual home of the discipline, design (in Object).

Now in its 23rd edition, Miart has attracted some new high-profile international exhibitors. They include the international colossus, Gagosian Gallery, the London-based Thomas Dane (which opened a Naples space in January), Rodeo Gallery from London, and Almine Rech Gallery, which is now spread across London, New York, Paris and Brussels. The latter sees Milan as an enticing market, and shows a booth of works by Matthias Bitzer, Brian Calvin, Günther Förg and Gregor Hildebrandt. During yesterday's preview, the gallery sold one of Calvin’s paintings, Rare Air, for $60.000.

“Milan has been experiencing a Renaissance in recent years. It has become more attractive to Italians and the international community, and as a result increasingly cosmopolitan," says Almine Rech, the founder of the eponymous gallery. She describes Italian collectors as "refined, knowledgeable and invested in contemporary art," before adding, "there was a need for the gallery to get closer to them and establish new dialogues”. 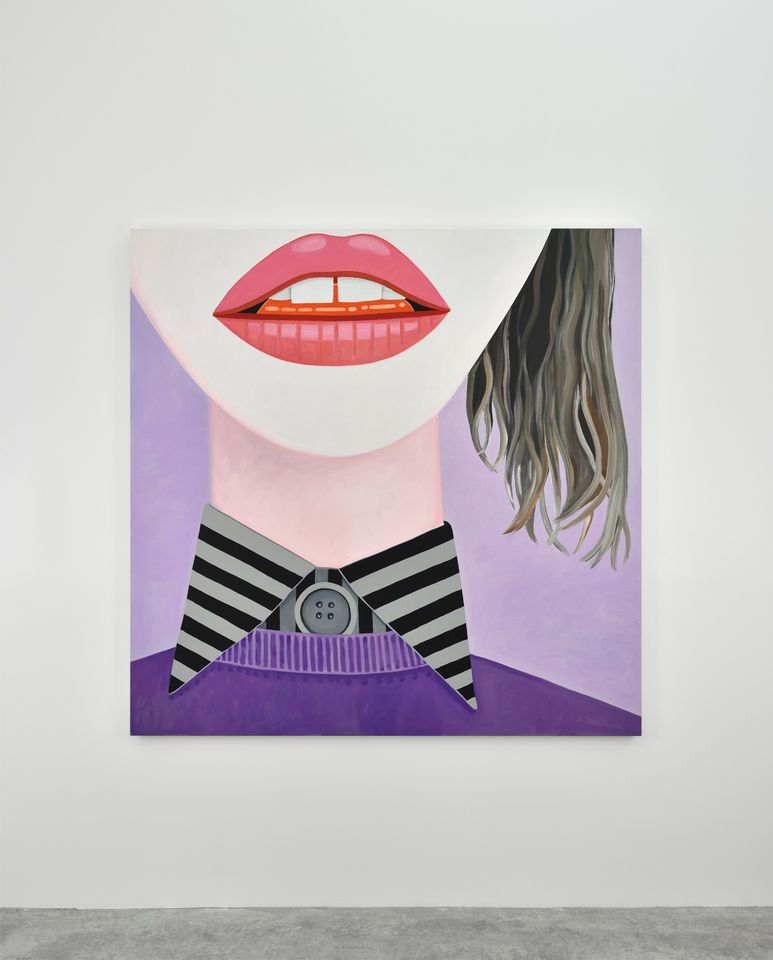 Victor Gisler, the founder of Zurich-based Mai 36 Galerie, concurs that Italian collectors are “very sophisticated” and thinks the fair “attentively curated”. His gallery shows a large selection of works by Matt Mullican, who is currently the subject of a solo show at Milan's Pirelli HangarBicocca. Prices for the Mullican works on show at Miart range from €5,000 to €55,000.

“I have connections with Italy as some of my artists are having solo exhibitions in this country,” says the London based gallerist Amanda Wilkinson when asked why she decided to take part in Miart for the first time. The gallery's artists include Ketty La Rocca, now at the Padiglione d’Arte contemporanea di Ferrara, and Phoebe Unwin, who has an upcoming show at the Collezione Maramotti in Reggio Emilia. At Miart, Wilkinson is showing two paintings on silk by Joan Jonas (€45,000 each) and an installation by Dorota Gaweda and Egle Kulbokaite, collectively called Young Girl Reading Group.

Galleries already reporting healthy sales include the London, Milan and Hong Kong-based Massimo De Carlo (which is showing a series of photographs of genetically modified canaries by Carsten Holler) and Clearing, of New York and Brussels, which is showing paintings by Sebastian Black for €27,000 and sculptures by Jean-Marie Appriou for €29.000. Both booths had almost sold-out by the afternoon of the preview day.

Milan appears to provide a good springboard for young galleries in the Emergent section, too. Horizont from Hungarian sold three embroidery pieces by Klára Hosnedlová for €3,000 each during the preview, while the Italian gallery Gallleriapiù is showing leather works by Apparatus 22 (for between €4,900 and €8,200) and two Ann Hirsch drawings (€3,800 each).

Compared to Artissima in Turin, whose identity is closely defined by a strong institutional network, Milan is thought by Italian and international dealers to be a fresher and more dynamic marketplace. Next week's Milan Design Week and the Salone del Mobile (17-22) design fair is another crucial factor in attracting collectors from all over the world to the city at this time of year.